Once again, abstention has triumphed in the 2017 presidential election, with more than 50% of those entitled to vote not doing so. Chile reaffirms its leadership of countries with least electoral participation in Latin America, and is second in the world after Madagascar.

According to the latest report issued by the Electoral Service of Chile, Servel, with 99.99% of the votes counted, only 7,032,585 out of a universe of 14,308,151 voted. That’s 49%. Of the minority that voted, 54.6% favoured the orthodox liberal economic and ultra-conservative candidate, former president from 2010 to 2014, Sebastián Piñera Echeñique. Only 45.4% of the minority did so for Alejandro Guillier Álvarez, candidate for incumbent president, Michelle Bachelet’s coalition, the New Majority.

Sebastián Piñera, brother of José Piñera, one of the most ardent civilian collaborators of Augusto Pinochet’s tyranny, is not only one of the richest individuals in Chile and the planet (with an ‘official and legalized’ fortune of more than 2 billion dollars, according to Forbes magazine), but he is directly involved in the crimes of bank corruption, financial corruption, money in tax havens and collusion, among others.

The Chilean state, a vanguard and worldwide capitalist example of anti-popular political strategies, so-called structural adjustments and warfare against any form of organized social oppression that expresses itself as active dissent, has an institutional political system similar to that of the USA in the north. In other words, Sebastián Piñera embodies the Republican Party, while Alejandro Guillier, the social liberalism of the Democratic Party. A duopoly of invisible nuances that has administered and deepened the interests and dictatorship of capital since September 11, 1973, with intensified continuity, since 1990, of the organic transformations imposed by the criminal violence of the 17 years of Pinochet’s tyranny.

The problem is not voluntary voting

Both sides of the so-called political caste or class (because of its impermeability and structural constitution as a specific interest group), have given an appearance of making ‘changes’ that few credit for anything while both have taken turns to benefit capital, especially in their financial and extractivist moments.  The exploitation of humanity and the plundering of nature in a fierce and relentless struggle is the cost paid by workers’ and peoples’ (both mixed-race and indigenous) interests.

In Chile, it’s not just about the hegemony, even without counterweights, of a nepotistic and incestuous regime. Salaried workers and ordinary people of the country face a civilizing tutelage that has turned all social relations into exchange value and merchandise. Likewise, from the most brutal to the most sophisticated forms and strategies of alienation and social discipline are present in the country. That is, the incessant symbolic reproduction of the spectacle and fetish of commerce, manifested in families, schools, work, mass media, technology, urban organization, the relationship between countryside and city, the deification of private property, and culture in general.

On the morning of December 17, 2017, before the election results were announced, incumbent President Michelle Bachelet, who is due to leave the Presidential Palace in March 2018, said she was sorry to have approved a law to make voting voluntary and registration automatic. Again, the New Majority’s defeat would be someone else’s fault. Bachelet, in an attempt to explain the crisis of Chile’s representative and anti-popular democracy, only finds the implementation of voluntary voting and automatic registration to be an important factor. In other words, just like the classic considerations of Chile’s historical oligarchy, the vast majority of society is categorized as “immature and ignorant” when it comes to voting for the same candidates and programs, imposed from above and without any popular participation, for 27 years. Bachelet doesn’t want to acknowledge that the Chileans are simply not voting because after each election their lives don’t change materially in any way.  Nor does Bachelet account for the phenomenon of corruption that runs practically throughout the entire country’s institutions.  Apparently, Bachelet is only bothered by “how ugly Chile looks” in an international context.

Anyway. While these comments are being written overwhelmingly for the impoverished, the salaried, the self-styled “middle class”, the indebted, the indigenous, the anti-patriarchal, the youth without future, the consequent environmentalists, those in miserable old age, the sexual dissidents and those without social rights that inhabit Chile, we will have to continue struggling, as we have for so long, to become a single hand. Because the articulated hand is the necessary condition for the armoured fist capable of destroying the status quo and overcoming an inhumane mode of existence. 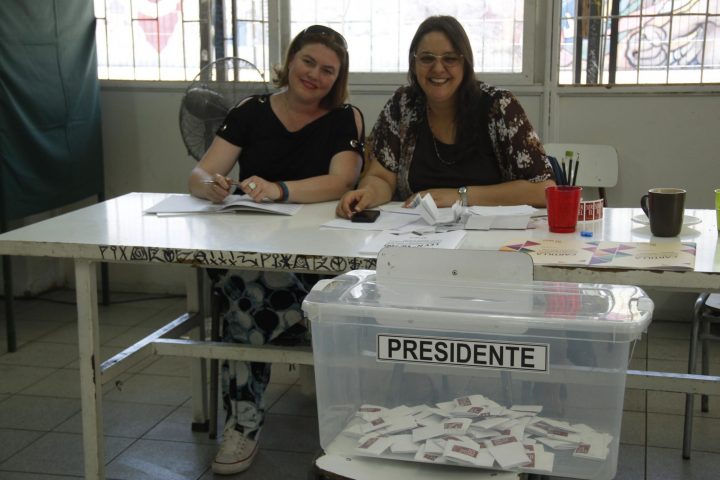 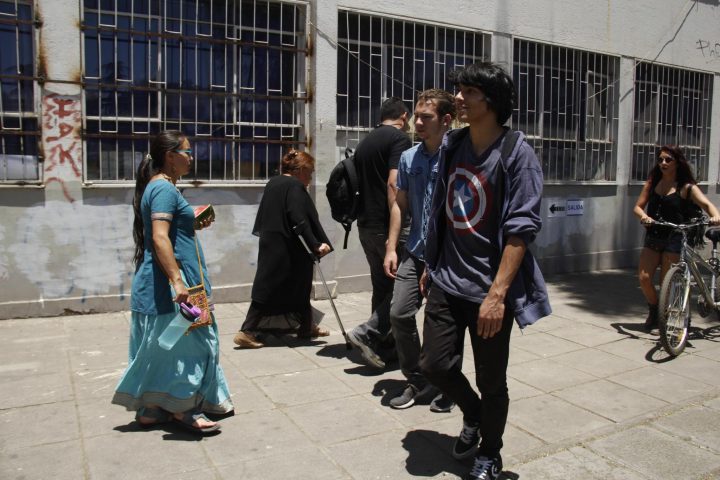 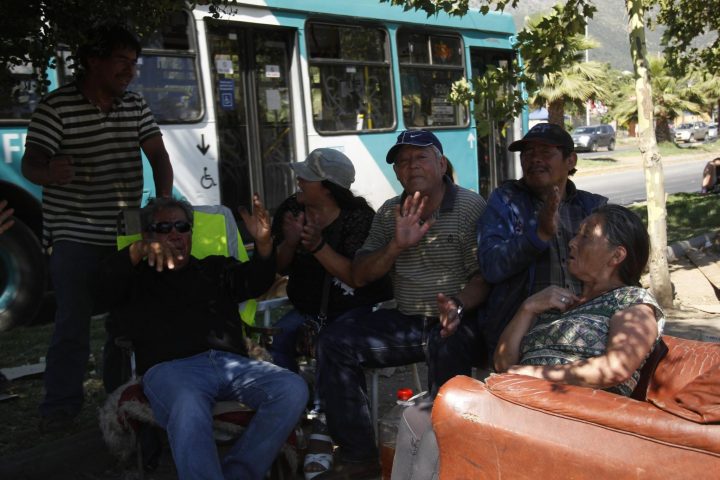 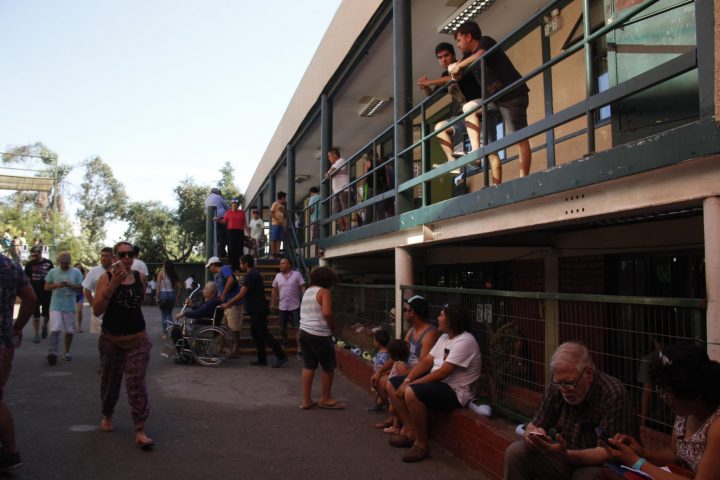 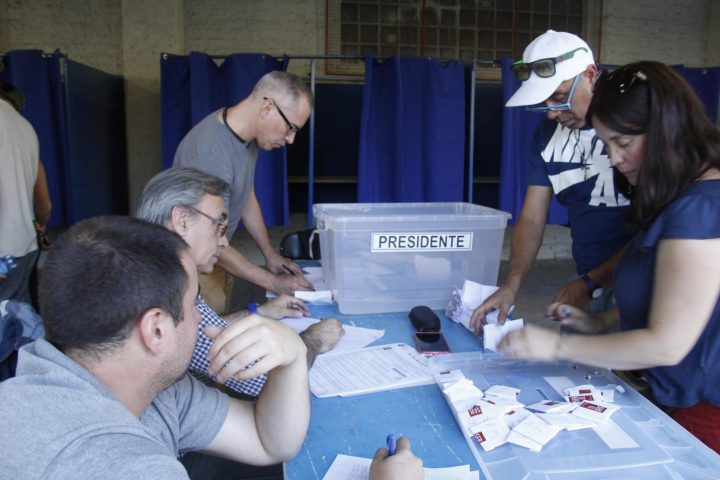 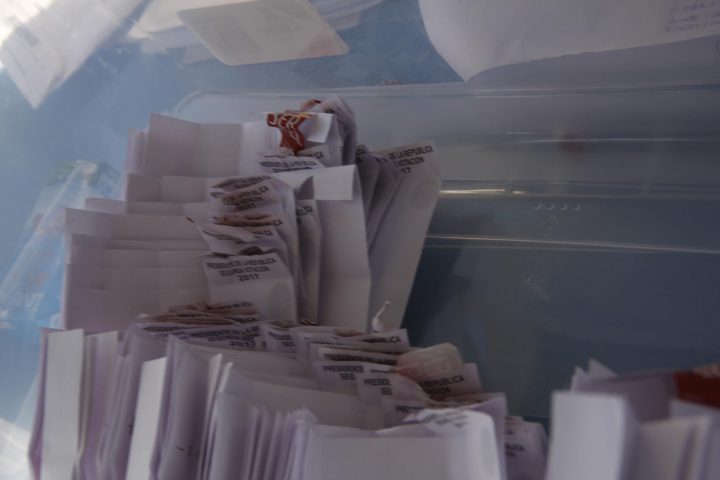 This article appears on the author’s blog here, but has been updated on the 18th of December with the latest data from Servel.