An interesting exercise about what constitutes happiness consists of first remembering a bad moment, and see how was the communication with others, how we saw the future and how much faith we had in ourselves and others and then remembering a good moment and observe the same parameters.

A sense of belonging and a clear purpose which projects itself into the future, even beyond one’s individual existence are connected to the feeling that life has meaning, a theme amply developed by Silo in his writings and in the application of his revolutionary nonviolent thinking to building a different world, a humanised world.

At a time when dehumanisation seems to be extending its tentacles throughout the planet many are wondering how to achieve happiness, that ideal state that according to the values of the present system cannot be reached other than by acquiring lots of money and material possessions. Sex and power would come as byproducts of wealth.

However happiness remains elusive for many in spite of their ‘success’ and the happiness industry promotes all kinds of cures for the soul, meditation, diets, gurus and mind altering drugs into the public market offering their wares like the conquistadores offered marbles and bits of mirrors to the bewildered original inhabitants of the Americas.

That a meaning in life is a necessary element to have a happy life is not actually news, it has been stated and restated since ancient times by all kinds of individuals and philosophical currents, but somehow ‘money as the only way to happiness’ seems to stick today as a belief or myth more strongly than ever .

Since Pharaoh Akenathon said that “man is happiest when he gives happiness to others” around 3,500 years ago the Golden Rule of treating others the way we would like to be treated has been repeatedly restated (and ignored) by all generations.

Viktor Franklyn, creator of Logotherapy survived the nazi concentration camps that had killed his family launching the revolutionary concept that the way out of neurosis was to find a meaning in life.

Societies promoting solidarity rather than individualism, like those based on Ubuntu in South Africa and the ancient Andean civilisations understand the value of collective harmony to create meaning.

If an (un)reality tv, racist, sexist mogul can become the most powerful man on earth and set the direction of humanity then life feels to many that it has no meaning. The problem is that he was voted by people who felt the political class had already emptied society of all meaning. Jumping out of the frying pan and into the fire comes to mind.

Learning that nobody can save us from the meaninglessness of an unjust and violent system but ourselves was again discovered by former establishment diplomat Carne Ross who went on to create an Independent Diplomat foundation to help the underdogs of international politics but he continued his transformation by becoming the ‘accidental anarchist’, an invitation to grassroots to become the protagonists of the necessary changes to emerge from this toxic state of affairs.

More recently a TED talk told us ‘Our culture is obsessed with happiness, but what if there’s a more fulfilling path? Happiness comes and goes, says writer Emily Esfahani Smith, but having meaning in life — serving something beyond yourself and developing the best within you — gives you something to hold onto.”

George Monbiot invites us to get ‘Out of the Wreckage’ through the politics of belonging, again meaning and purpose through community.

So, if so many discover and re-discover the way to a more meaningful life, how come the majority of people still believe in money as the giver of happiness? Perhaps these humorous responses can help us understand.

Manolito, a character in the Argentinian cartoon Mafalda, by Quino, tells us: ‘I know money can’t buy me happiness but I like the way it manages to imitate it’. And what about the sorely missed British comedian Spike Milligan’s: ‘All I ask is the chance to prove that money can’t make me happy’.

In spite of recognising the power of advertising to induce such anti-values we also need to acknowledge our own state of consciousness in making us sensitive to hypnotising images. In other words, we live our lives like a dream and believe the dreams that float around us.

Waking up to a higher state of consciousness that makes us immune to them takes some work, as paying attention is an intentional act that needs a bit of effort, but it is made easier by creating an environment where others are making the same effort and keep reminding one another. In other words, acquiring a consciousness of self is in fact a community endeavour. And in such a state it becomes possible to perceive meanings that cannot be grasped whilst pursuing the provisional ones of sex, money and prestige. 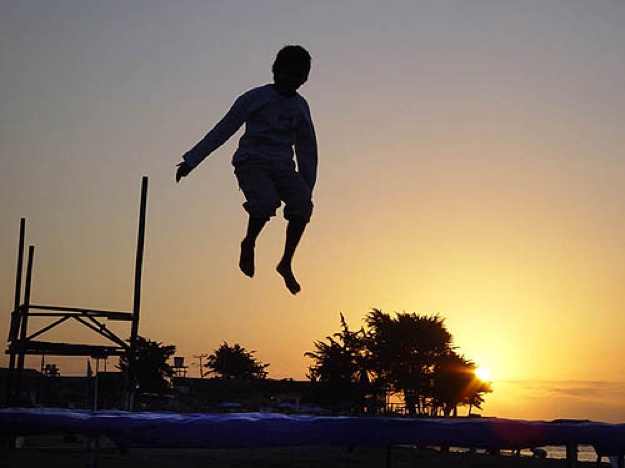 It is clear that the decision of opening one’s consciousness to higher levels is a personal choice, but the question: from where do we make such choice? creates a sort of catch 22. That is why the moments of failure, when provisional meanings collapse, are so important. It is there when it becomes possible to say: I want, I need to change. What are my options? Who else is building a new reality? And out of these new realities, which one is building a meaning not just for a few, but for the whole of humanity?