Leader of the Movement for the Actualisation of the Sovereign State Of Biafra (MASSOB) Uchenna Madu has announced that all the groups working for the peaceful restoration of Biafra will work together to restore Biafra through a United Nations monitored referendum. Uchenna Madu, says the Biafra issue can be solved by referendum instead of war and violence.
Madu describes the 1914 assembly of the southern and northern Nigeria protectorate as a failure and that the bitter “fusion” of Nigeria led to the Nigerian civil war which in turn led to the death of over three million Biafrans. Madu, after the success of the Sit-at-Home protest of May 30, 2017, launched by the Indigenous People of Biafra (IPOB), said that a referendum can resolve the issue instead of war and violence.”
Madu commended the collaboration between IPOB and MASSOB in executing the Sit-At-Home exercise and said that with this spirit the dream of restoring Biafra will come before the expected. Madu also explained that MASSOB will work hard to get a referendum that would give people the opportunity to express their will to leave Nigeria and decide their future.
Problems for the Indigenous People of Biafra are not over. On the 6th of June 2017 A spokeswoman for the Coalition of Northern Youth, CNY, Abdulaziz Suleiman, ordered Biafrans to leave the region within three months. Speaking on the 10th of June, Suleiman said that all northern Nigeria was tired of coexisting with the Biafrans and they demanded that “all the Biafrans currently living in any part of northern Nigeria are notified to move and return to their land (Biafraland) within three months with expiration on the 1st of October, 2017.
“The persistence pursuit of Biafra from South-East Nigerian citizens has recently taken on another alarming element that involved the total blockade of activities and the denial to others of the right to free movement in the south-east by rebellious Indigenous People of Biafra (IPOB) and its open and secret sponsors,” reads CNY’s statement, and continues, “As a first step, since the Igbo have clearly abused the hospitality in northern Nigeria that has given them unlimited access to Real estate and land across the North, our first major move is to recover all the properties and control of these resources that are currently owned, leased or in any way enjoyed by Igbos in any part of northern Nigeria.”
In response the Federal Government of Nigeria has said that every citizen has the right to live wherever they choose. According to the Nigerian newspaper Premium Times, the Northern Elders Forum (NEF), on Friday, 9th of June, has expressed its support for the coalition of Northern Youth groups (CNY) asking the Biafrans to leave the region within 3 months. The group announced its position despite the widespread condemnation that followed the ultimatum previously delivered by the Arewa Youth Advisory Forum (Coalition of Northern Youth-CNY). The Pan-Niger Delta Forum (PANDEF) criticized Arewa’s young people for having issued the quit-notice to the Igbos. The group said CNY members should be arrested and prosecuted. However, PANDEF has insisted it does not support the breakup or division of Nigeria.
MASSOB and other Pro-Biafra groups responded quickly and said they had received the good news of “eviction” with joy and therefore advised the Biafran people living in northern Nigeria to take this notification of “Eviction” as a plan to violently kill their children and wives and demolish and appropriate their investments. MASSOB asks its people to invest more in Biafra and start returning home to Biafraland and not wait for the three months expire.
Categories: Africa, International issues
Tags: Biafra, Referendum, United Nations 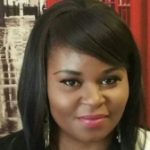 Anderline Amamgbo
Anderline Amamgbo was born in 1991. She lives both in England and Italy. She is a translator, interpreter. Speaks 3 languages ​​namely Italian, English and Igbo. Former owner of a consulting agency and practices on immigration. For years, she deals with human rights, immigration, political and humanitarian issues, refugees and African history. She's member of Amnesty International, and also member of the European Solidarity Corps project of the European Commission and collaborator with the Italian association ADIF-Rights Association and Borders http://www.a-dif.org. Currently author at Pressenza Italy.