The Preamble of the Ban Treaty will be greatly strengthened if it includes a summary of the long-term environmental consequences of nuclear war, as described by a series of peer-reviewed studies done at major US Universities (see below). These studies are considered to be the most authoritative type of scientific research – subjected to criticism by the international scientific community before final publication in scholarly journals – and the findings of these studies remain unchallenged.

The studies predict that a war fought with less than 1% of the global nuclear arsenals can produce catastrophic long-term damage to global environment and weather. A war fought with 100 atomic bombs can result in the coldest average annual surface temperatures experienced in the last 1000 years, and this prolonged cold (and drought) would last for several years before temperatures began to return to normal. Medical experts predict that this prolonged cold would lead to a global famine causing up to 2 billion people to starve to death.

The studies also predict that a US-Russian nuclear war, fought with US and Russian strategic nuclear weapons, would create post-war Ice Age weather conditions across the Northern Hemisphere in a matter of weeks. These catastrophic changes in weather would be the result of a global stratospheric smoke layer, produced by hundreds or thousands of nuclear firestorms, which would block up to 90% of sunlight over central North America and Eurasia.

The loss of warming sunlight would cause temperatures in these central regions to fall below freezing every day for one to two years. Because the stratospheric smoke layer could not be rained out, it would remain for a decade or longer, affecting both the Northern and Southern Hemispheres. Growing seasons in the large agricultural zones would be eliminated for many years, dooming most humans and animals to starvation from nuclear famine.

To date, there has been an unfortunate avoidance (among both diplomats and NGOs) of any explicit discussion of the effects of nuclear war — instead the language of the general conversation has tended to focus on the effects of a nuclear weapon (singular). This is evidenced by the wording of the Humanitarian Pledge, which was issued on 9 December 2014, at the conclusion of the Vienna Conference on the Humanitarian Impact of Nuclear Weapons. Notice the Pledge states:

“Understanding that the immediate, mid- and long-term consequences of a nuclear weapon explosion are significantly graver than it was understood in the past and will not be constrained by national borders but have regional or even global effects, potentially threatening the survival of humanity,” (emphasis added)

This statement is technically incorrect, as a single nuclear weapon explosion cannot produce “global effects, potentially threatening the survival of humanity”. Only a nuclear war, fought with the strategic nuclear arsenals of the US and Russia, is predicted to have the capacity to produce the catastrophic consequences capable of wiping out most peoples and nations. Likewise, scientists predict that a war, fought with atomic bombs of the emerging nuclear weapon states, can cause global weather changes that will likely lead to mass starvation – however a single nuclear detonation cannot produce such an effect.

The apparent confusion about the effects of a single nuclear weapon versus the effects of nuclear war were also reflected in the UNGA version of the Pledge, which was passed in 2015:

“Welcoming the facts-based discussions on the effects of a nuclear weapon detonation that were held at the conferences on the humanitarian impact of nuclear weapons convened respectively by Norway in March 2013, Mexico in February 2014 and Austria in December 2014,” (emphasis added)

It is imperative to avoid any similar confusion of wording and terms in the writing of the Ban Treaty. The consequences of nuclear war must be clearly distinguished from those of a single nuclear weapon detonation.

Better yet, why not include authoritative scientific predictions – that detail the likely consequences of a range of nuclear conflicts – as supporting evidence in the Preamble of the Ban Treaty? The existential threats explained by these peer-reviewed scientific studies provide the most powerful arguments imaginable against the existence of nuclear weapons and nuclear arsenals.

Peer-Reviewed Studies that Predict the Consequences of Nuclear War

Three studies, which were conducted at the Laboratory for Atmospheric and Space Physics at the University of Colorado-Boulder, the Department of Environmental Sciences at Rutgers, and the Department of Atmospheric and Oceanic Sciences at UCLA, used state-of-the-art computer modeling to evaluate the consequences of a range of possible nuclear conflicts. There are three peer-reviewed studies that include the consequences of a war fought with atomic bombs, see:
(1) Toon, Owen B., Richard P. Turco, Alan Robock, Charles Bardeen, Luke Oman, and Georgiy L. Stenchikov, 2007: Atmospheric effects and societal consequences of regional scale nuclear conflicts and acts of individual nuclear terrorism. Atm. Chem. Phys., 7, 1973-2002.
English: http://climate.envsci.rutgers.edu/pdf/acp-7-1973-2007.pdf
Russian: http://climate.envsci.rutgers.edu/pdf/acp-7-1973-2007Russian.pdf 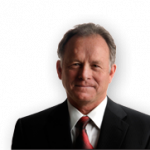 Steven Starr
Steven Starr is a senior scientist at Physicians for Social Responsibility and an associate member of the Nuclear Age Peace Foundation. You can read more of his work at his website, http://www.nucleardarkness.org