250,000 people have marched in London today to protest against further funding cuts to health service and social care and the potential privatization of the NHS, threatened by £20 billion of cuts required by the government by 2020. It was one of the biggest rallies in history to save the health service: according to the organizers, “more austerity in the NHS represents a real risk to the safety of patients and the service”.

Some activists said the money for the multi-billion renewal of the Trident nuclear missile system should go to the NHS.

Labour leader Jeremy Corbyn talked to the protesters in Parliament Square, urging them to defend the NHS with all their might. “Defending the NHS is defending a basic human value, a basic human right.” He thanked all the people working in the NHS for their contribution to “the most civilised institution in this country. The NHS is in crisis” Corbyn added. “In crisis because of the underfunding in social care and the people not getting the care and support they need. There are those waiting on trolleys and those who are desperate to get into an A&E department waiting hours for treatment. It is not the fault of the staff. It is the fault of a government who have made a political choice. You don’t walk by on the other side when somebody is in difficulties or needing help.” 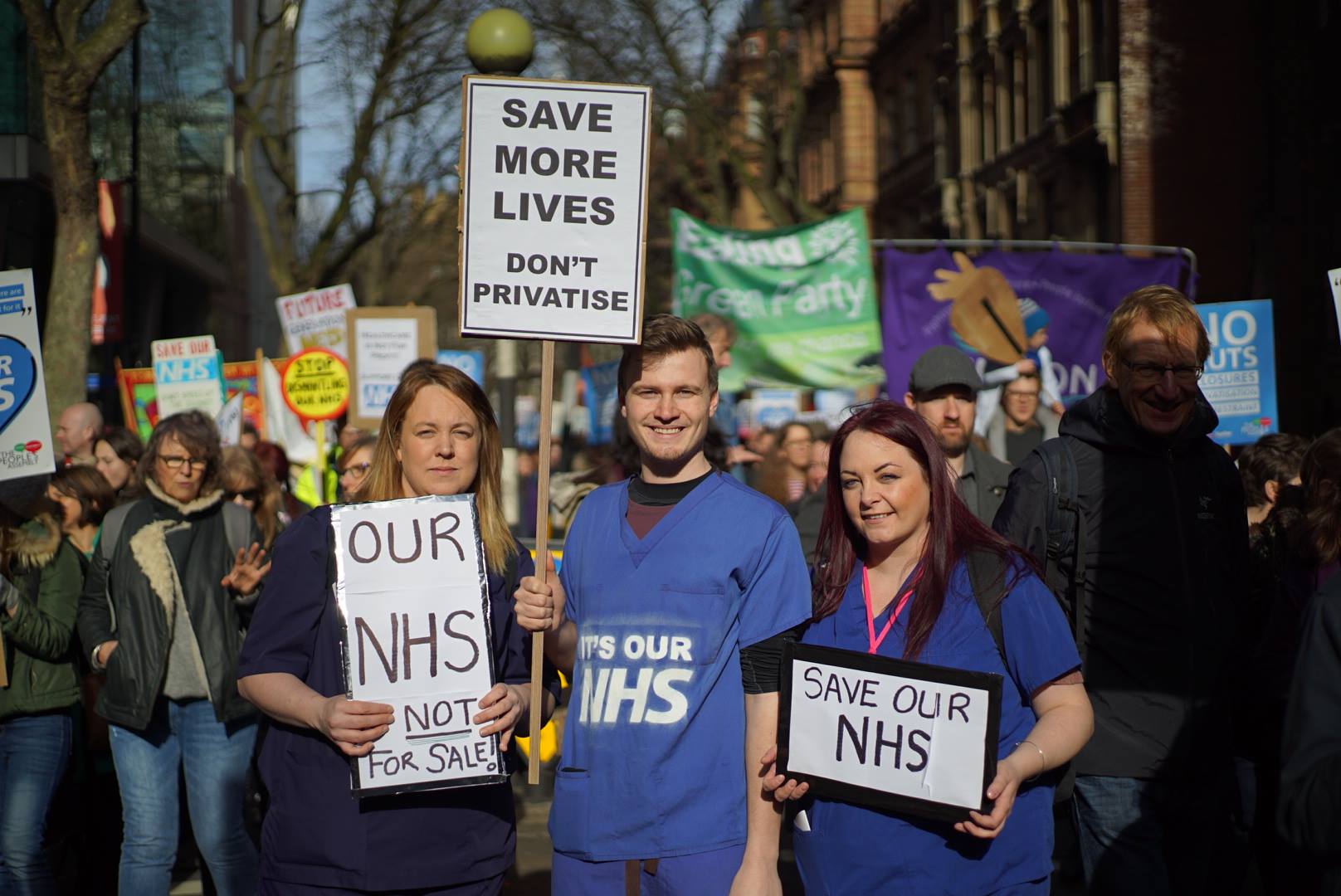 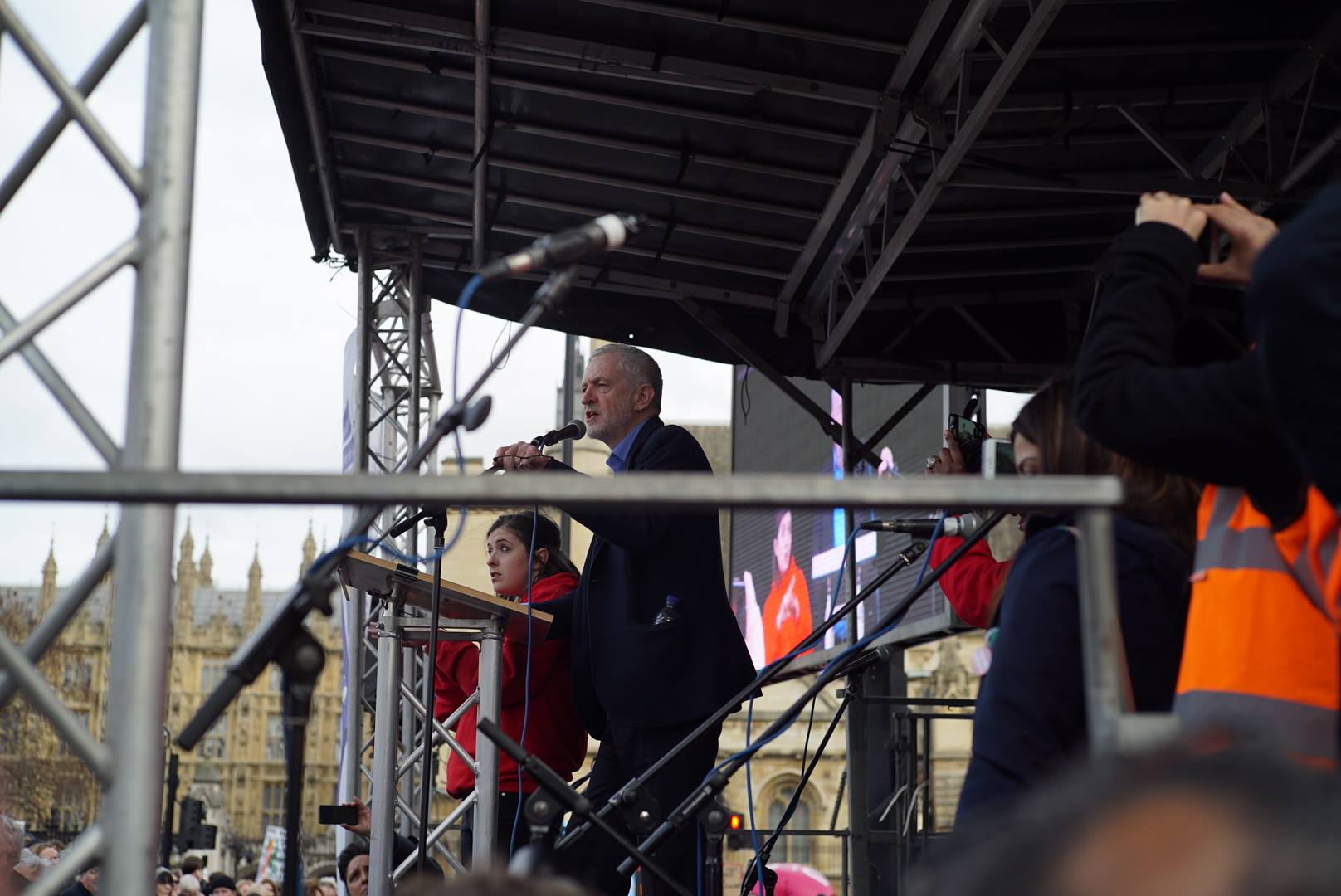 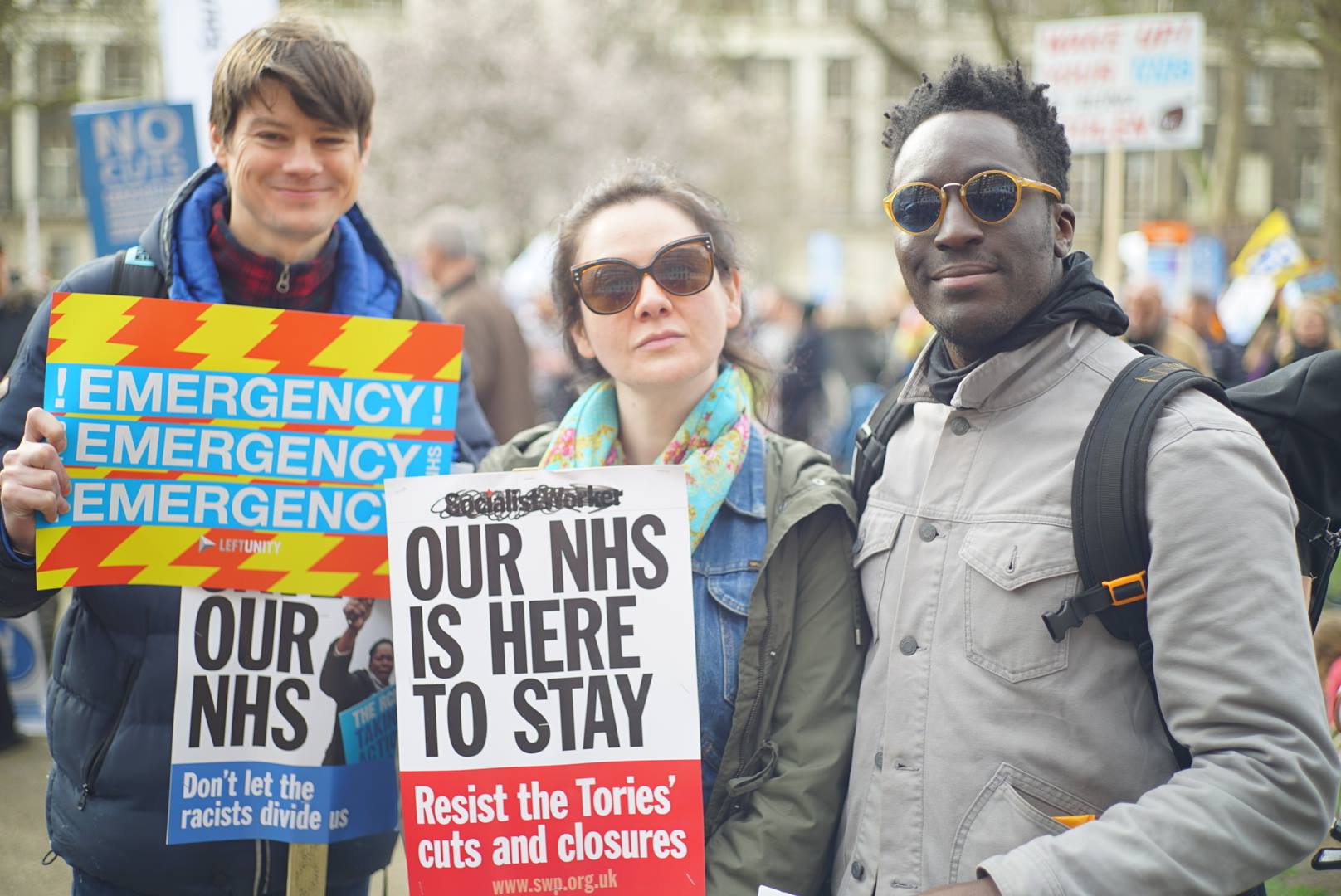 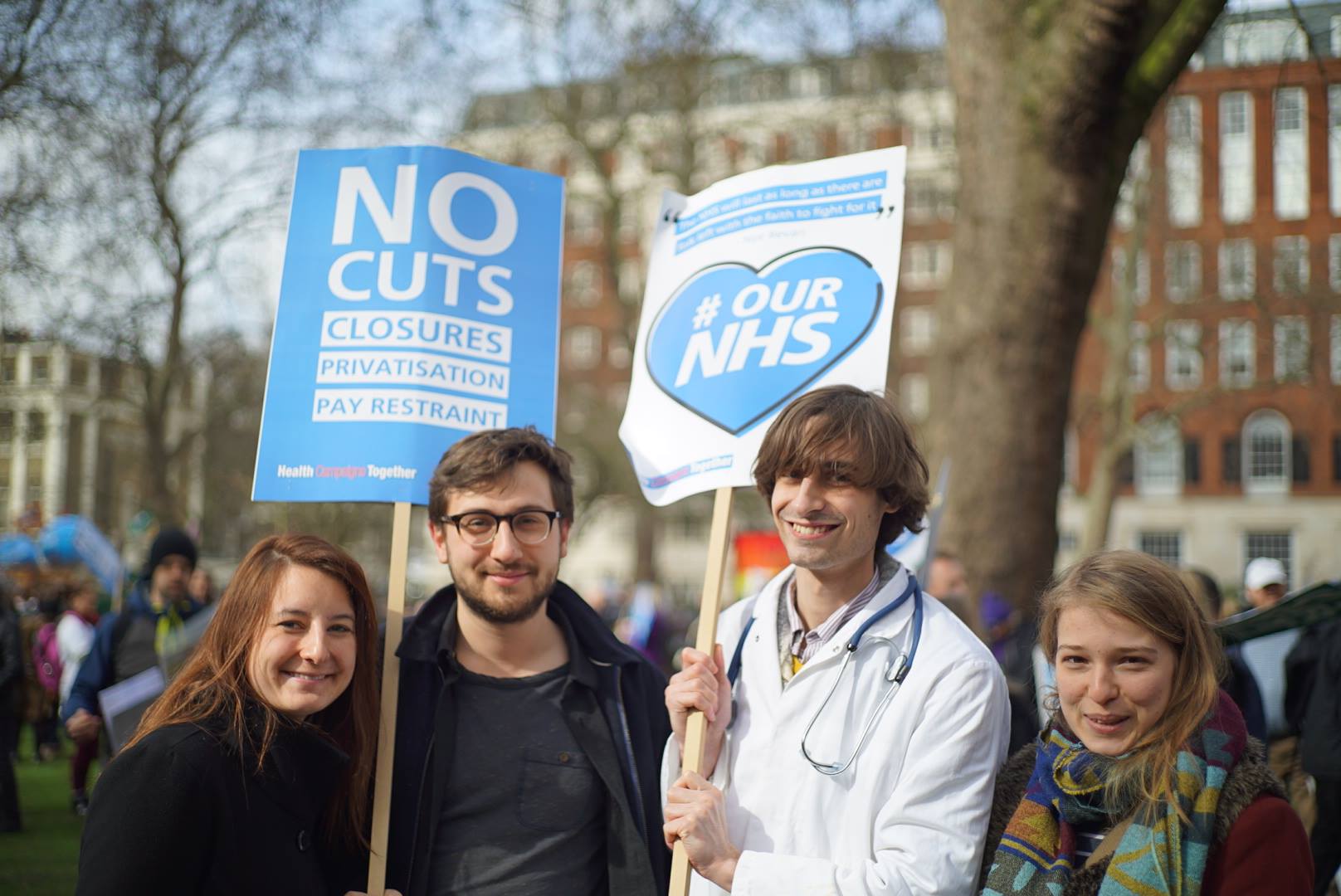