BELGRADE, Serbia, 25 January 2017 (UNHCR)*  – Refugees and migrants wanting to leave an unsanitary, improvised shelter in Belgrade are being transferred to emergency accommodation opened recently by the government outside the city. The move comes after mounting concern over hundreds sleeping rough in sub-zero temperatures who resisted previous appeals to transfer.

Thanks to the efforts of the authorities, UNHCR and the humanitarian agencies in Serbia over the past several months, around 85 per cent of refugees, asylum-seekers and migrants living in the country are now accommodated in heated government shelters.

Around 390 people have voluntarily sought shelter at the temporary Obrenovac facility since authorities opened it last week. However, an estimated 1,000 refugees and migrants are still camping out in smoke-filled, derelict warehouses behind Belgrade’s main train station.

Residents there stave off the penetrating cold by burning scrapped railway sleepers around the clock, which generate perpetual clouds of toxic smoke. Many say they are suffering the effects of smoke inhalation and there have been several cases of frost bite.

The Serbian authorities, together with UNHCR, the UN Refugee Agency, and partners, are now working to extend capacity in the Obrenovac emergency shelter to house those now wanting to leave the warehouses, but who turned down previous offers, over coming days. UNHCR has contributed new clothing, blankets, bedding, cleaning services and hygiene kits.

“Sometimes I can’t feel my legs at night, but still I try to sleep.”

“I had to leave, it was so cold and so dirty there,” said Kiramat Safi, a 17-year-old unaccompanied child from Afghanistan, who after four months outside volunteered to leave the warehouses and move into another nearby shelter, Krnjaca, last week. “Now I’m feeling much better because it’s warmer here. There’s no smoke and I can sleep inside.”

“I will stay here while it is so cold outside,” said 12-year-old Abedulah Ibrahimi, another unaccompanied child who left the warehouses last week for the shelter at Krnjaca. “I want to go to school, maybe they can help me here.”

Others, who do not wish to apply for asylum in Serbia and are determined to push on with their journeys into other countries, will stay put in the abandoned warehouses despite the dangers posed by the smoke and freezing temperatures. UNHCR recently distributed leaflets, explaining in Farsi their right to be accommodated in government shelters and has also worked hard to identify unaccompanied children at this and other locations.

“Sometimes I can’t feel my legs at night, but still I try to sleep,” said Hazrat Bilal, a 14-year-old unaccompanied child from Afghanistan who has spent the last four months in the warehouse. “I know the smoke is bad for me,” he added, crouching directly over a burning railway sleeper. “What else can I do in this cold?” 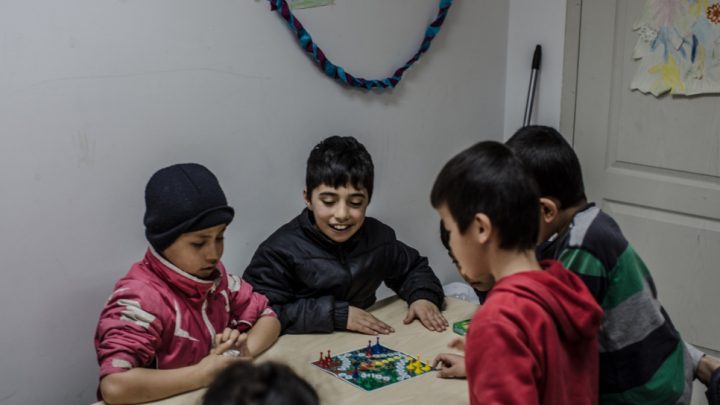 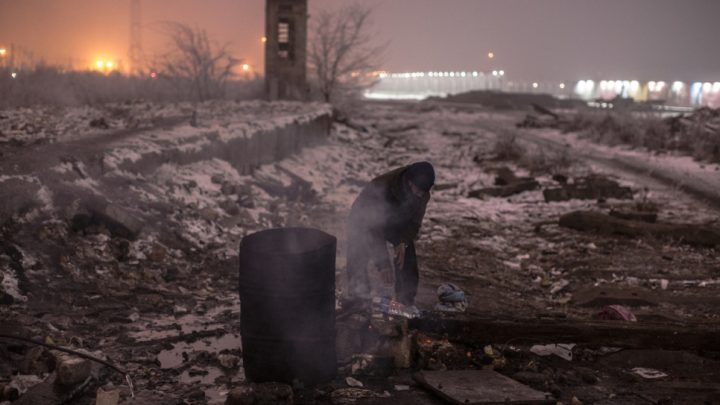 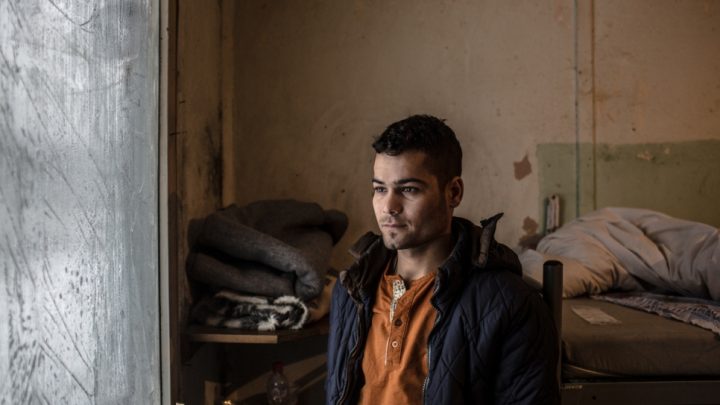 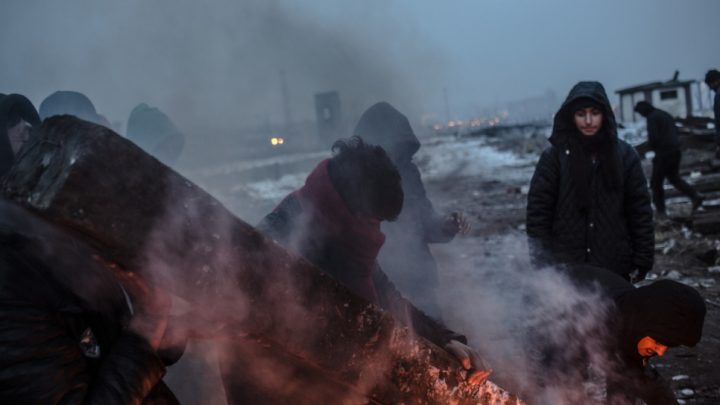 Like many others here, Hazrat said he would keep trying to cross the Hungarian or Croatian borders. Most say they have already tried and failed countless times, sometimes having been beaten and pushed back to Serbia.

“Smugglers have taken all my money, others beat me,” said Hazrat, who fled violence near his home in Afghanistan after his father was murdered. “Still I must try to cross the border again, it has to work one day.”

UNHCR has expressed concern at the abuses perpetrated against refugees and migrants by criminal gangs, including kidnapping, physical abuse, threats and extortion. It is urging European states to enhance their efforts to tackle these criminal networks and ensure the safety of refugees and migrants.

Freezing fog and nightly snow falls have persuaded many to think twice about the warehouses. “It’s not good here and I’m all alone,” said 13-year-old Afghan Jibral Kochel, who after three months out in the open has volunteered to join the next bus transfer to the emergency shelter. “The shelter will be very good. Here there are too many problems, we are all getting sick.”

Kamran Khan, 14, and his elder brother Aman, 16, have also had enough of sleeping out in the cold and hope to join the next bus transfer to the shelter. “Maybe later we’ll try again to cross the border,” said Kamran, who is also from Afghanistan. “But not now in this cold, it is too dangerous. No, it is time we must take a rest.”