Interview with Erkin Erdogan, co-chair of HDK Berlin-Brandenburg, with the help of Peter Vlatten.

This Monday several hundred people – men, women and children – protested once again in front of the Parliament in Berlin with the slogan “It’s enough” and “When will Germany react?” because of the arrests of Turkey’s People’s Democratic Party (HDP) members of parliament and other anti-democratic events in Turkey. They proclaim a drift of Turkey towards a fascist dictatorship and criticise the gentleness of German and European diplomacy towards President Recep Tayyip Erdoğan and his government.

Two weeks ago we met Erkin Erdogan, co-chair of the HDK, Democratic People’s Congress – the support organisation of the HDP – in a Café in Kreuzberg. Even then he seemed pessimistic and many things have happened since. Here are some of the thoughts he shared with us concerning Turkey, democracy, and his party.

It is widely unreported in the media that the HDP is not just a pro-Kurdish party, but addresses the rights of all minorities, ethnic or marginalized groups in Turkey. Although it was founded as a pro-Kurdish party before the protests around Gezi Park, it gained immensely from this movement. “It was a new form of doing politics. The Gezi movement had a political spirit, as you probably know from the Occupy movement,” he explained. It was a real threat to Erdoğan’s party, the AKP, because there were also many followers of the AKP that felt solidarity with the Gezi movement. The political power did not know in the beginning how to get control over it. In the end however the Gezi movement was defeated with extreme police brutality. “We learned a lot from those protests. The movement was extremely pluralistic, but it lacked a strategy.” Many joined the HDP afterwards.

Many groups and organisations are under the HDP umbrella – LGBT, unions, women, different religious and ethnic groups. “We had an extremely broad spectrum of candidates,” said Erkin. One of the noticeable party rules, for example, was that there are always double chair positions, even in municipalities, preferibly a man and a woman. In the election in June 2015 the HDP obtained 13.1% of the vote making it the third biggest party and a serious problem for the government.

However, happiness was shortlived. From the beginning the HDP was under oppression. Offices of the party were destroyed, mostly by followers of the MHP, a far right party that is in many ways supporting the AKP, as Erkin says. In May this year the immunity of HDP members of parliament was lifted. Since the coup in July the opposition has been completely repressed, they had no right to protest and political gatherings were attacked. Since the state of emergency, anti-democratic measurements have been exploding. “Democracy is on hold. The situation is extremely tense. Society is polarized and any opposition is silenced.” Even before the current arrests there were direct measures against the HDP, e.g. 29 HDP mayoral positions were cancelled, and the number is still rising, Erkin says.

He told us, “We always thought that things cannot get worse, but things continued getting worse. At the moment we are very unhappy and also terrified. Democracy is not functioning anymore. A restructuring is taking place. We are drifting towards dictatorship.”

What is the HDK doing in Germany and what do they want from German politicans? “Clear words and clean deals,” summarizes Erdogan, “is what the HDK expects from German and EU politicians respectively.” And this is what has been said as well in the demonstration. Currently the HDK is launching a campaign against the EU-Turkey deal. “European politicians should not bargain with undemocratic regimes instead they should support the opposition forces in the country.”

They try to come into contact with stakeholders to explain their position. Recently the other co-chair, Selahattin Demirtaş, met German foreign minister Steinmeier for a talk. Was it successful? Erkin shrugs his shoulders. He doesn’t seem to have much trust in German politicians. On the whole they are quite disappointed by the German position. Politicians had only expressions of “concern” concerning Turkey, Erkin says, additionally they are hindered in the exercise of their democratic rights in Germany too. Some demonstrations have been forbidden because of alleged proximity to terrorism, as recently happened in Cologne. The AKP however can demonstrate without any restrictions.

Since the attempted coup there has been much debate in Germany about the human rights violations of many groups, like academics, journalists, etc. but nobody has talked about what is happening to the Kurds, Erdogan critizices. “There is a war going on against minorities. There are massacres taking place against the Kurds, not only in Syria, but also in the Southeast of Turkey. Defense actions by the citizens there are declared to be terrorism by the government,” Erdogan says. “German politicians completely ignore that.” 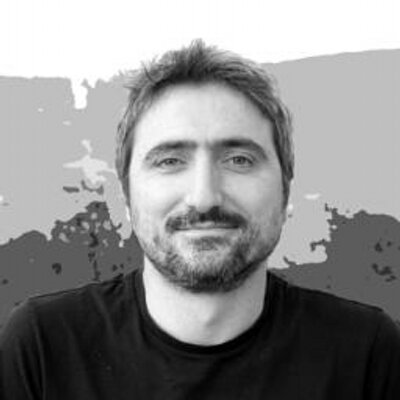 In addition to his PhD in economics that Erkin Erdogan is currently studying for in Germany, he is constantly busy with Turkish affairs. We wish him and his colleagues luck and hope for further interviews with him about what is going on in Turkey.