15 August 2016 (RT)* – We have activists who have been detained for saying that they would like to do something – not the fact that they had done something – and this is a worrying trend, Annie Machon, former MI5 agent, told RT.

Scotland Yard is creating a special unit designed to counter online harassment in the UK. The program will cost almost 2 million pounds, with five detectives and an army of volunteers, hunting down Internet trolls.

RT: Almost two million pounds will be poured into policing the web. Could this money be better spent elsewhere?

Annie Machon: Of course this money can be better spent on elsewhere. Britain has a very long and noble – or ignoble – tradition of political satire, freedom of expression. People are just mopping up the politicians, the political classes and debating about all sorts of political ideas, social ideas, whatever, and that leads to a healthy democracy.

There has been concern already around the fact that the intelligence agencies are conducting mass surveillance. That has put a chilling effect on the concept of this freedom of expression, this free speech. People are beginning to think: ‘Well, should I express myself as I would wish to over the internet?’

However, for it not to be overtly a police issue, rather than an intelligence issue trying to track terrorists, policing people for their freedom of expression, for their political satire, for their banter, whatever, seems to be another dangerous step… towards totalitarianism. Once people lose the feeling that they can freely express themselves, they stop freely express themselves politically and democracy is dead. 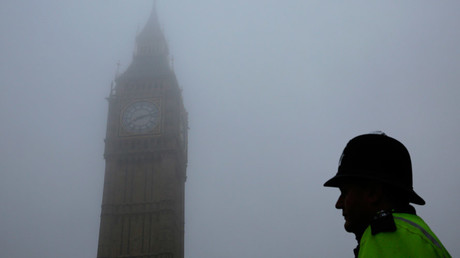 RT: This web squad comes amid the recent wave of attacks in Europe, people don’t feel safe on the streets. Should all the efforts be directed at policing the streets?

AM: I think efforts should be directed at trying to target people who want to cause harm on the streets, particularly with these so-called lone-wolf attacks that have been going on across Europe.

I’ve been saying for years now that rather than mass surveillance, which drowns out the targeted information we need to preemptively stop these types of attacks – in fact, what are intelligent agencies as well as police services should be doing is doing targeted surveillance using an array of different types of investigative techniques, not just electronic surveillance, but human information, mobile surveillance, that sort of thing.

That way you can hopefully have a chance of trying to stop these types of attacks. By policing people on the internet you’re just going to lose all the nuggets of solid information in the tsunami of intelligence coming in.

RT: The metropolitan police commissioner has recently warned that a terror attack in the UK is a matter of when, not if. What should be done to prevent attacks?

AM: I think it could well do. If people feel that they are being surveyed on Twitter, or Skype, or Facebook, or whatever, then people start to inhibit what they say, how they interact with other people.

We have a sort of extended consciousness almost on the internet. We live our lives mainly online to a certain extent these days. So if we feel we can’t freely express and communicate, watch and read online then we lose that particular freedom. That is dangerous for democracy.

With this new initiative with the Metropolitan Police trying to police trolls on the internet, and what is being called ‘thought crime’ we’ve already seen this in the UK.

Back in 2011, when the Royal Wedding happened between Prince William and Kate Middleton, people were preemptively arrested and held in custody for 24 hours purely for having said on Facebook that they wanted to go and demonstrate the wedding, because they disagreed with the whole concept of royalty, they were Republicans, or whatever.

So we had one university professor preemptively arrested and held in prison for 24 hours.

And that is thought crime pure and simple. So to see this now enshrined with a very expensive unit within the  Metropolitan Police is the next step and it is very worrying next step.