From July 15th to 17th the People’s Justice and Peace Convention 2016 took place in Cleveland, Ohio. We spoke with Greg Coleridge, Director of the Northeast Ohio American Friends Service Committee, and one of the organizers of the Convention, whose mission is the following:

“Current public policies disproportionately benefit corporations and the wealthiest individuals and promote and expand U.S. militarism, while the concerns of the vast majority of people are ignored, distorted and/or manipulated for political and/or economic gain. The People’s Convention will include a diversity of voices and experiences, transcending any one political party or perspective. Its purpose is to lift up issues and problems that the Republican National Convention (RNC) and Democratic National Convention (DNC) will not authentically address and to develop collectively agreed-to solutions, a “People’s Justice & Peace Platform,” that will achieve just, nonviolent, democratic and sustainable results.”

How many people attended the People’s Justice and Peace Convention 2016 in Cleveland last weekend?
About 400 attended the Friday night opening keynote address by a prominent and active African American minister, Rev. Jawanza Colvin of Olivet Institutional Baptist Church (where we met Friday night and Saturday) and 200 attended the all day Saturday Convention featuring 30 workshops and proposed “planks”. A smaller group attended Sunday to amend, add to and finalize the planks — our “People’s Peace & Justice Platform” that will be presented tomorrow to representatives of the RNC and next weekend to the Democratic National Convention (DNC) in Philadelphia.

Would you say there was a broad representation of American society?
Events like this are never as broad as one would like, but overall, yes, there was geographic, income, racial, gender and age diversity. Individuals who attended the main day of the Convention on Saturday represented a breadth and depth of concerns on a wide range of social, economic, political, environmental and international issues.

What were the core issues?
The Convention was divided into 5 sections or “tracks” around the singular theme of justice: environmental justice, social and racial justice, economic justice, political justice and international justice. Each track had its own set of workshops and proposed planks (proposed federal changes to laws, regulations and/or the U.S. Constitution). It’s difficult to lift up any of the examined issues as “core” since they are all so important and in many instances, interconnected to others. Here’s a sampling of some of the issues examined: housing as a human right, climate change, capitalism and the working class, the military-industrial-congressional complex, the war on terror and the prison industrial complex, ending corporate constitutional rights and money as speech, public education and social justice, free trade agreements, health care as a human right, fracking, the war on drugs, Islamophobia, voter suppression, renewable energy.

Do you have connections with other peace movements in the U.S. and/or outside?
Many of the Convention’s sponsoring organizations have either direct national/international connections or work closely with peace groups/movements outside the U.S. These include Cleveland Peace Action, the American Friends Service Committee, the Interreligous Task Force on Central America and Women Speak Out (the local chapter of Women’s International League for Peace & Freedom).

In Europe we are aware of the problem of police violence in the U.S., but have no inside knowledge. Could you give a short comment on this?
Police violence, particularly against people of color (African Americans especially) is not at all a new problem. The Ku Klux Klan (KKK, a racial and religious hate group) have had members in local police forces for over 150 years. The problem is less at root about individual racist police officers, than it is about a racist culture in many police forces that hav accepted or at least not openly opposed targeting people of color through the use of violence. An even larger systemic issue has to do with the fundamental challenge toward white supremacy in the U.S. — which has been for the most part ignored by the dominant culture, but forced into the open following the rise of the Black Lives Matter movement.

The planned free trade agreement TTIP between the U.S. and Europe is a big issue here and many people are afraid of it because it puts big corporations before citizens. Is this something which has also been discussed at the Convention and what are your views on it?
There wasn’t direct discussion about the TTIP as there was the TPP (the Trans Pacific Partnership, between the U.S. and about a dozen other Asian-Pacific rim nations). The narrative however is identical — neither are fundamentally about “trade,” be it free or fair as they are about governance — who rules, who decides, who (or what —namely multinational or transnational corporations) will have the ultimate authority to decide what will take place within a community or nation state given that both misnamed “trade agreements” contain within them the ability to trump (no pun intended) democratically-enacted laws, rules and court decisions affecting workers, consumers and the environment through a dispute resolution process that is fixed to benefit corporations over people and the planet. We have to stop focusing on these deals as about trading goods and/or services and more on fundamental issues of sovereignty, self-determination, self-governance, right to decide, democracy, or whatever other name you wish to call. This is the essence of these top-down, corporate negotiations.

Recently in Paris, France the movement “Nuit Debout” has emerged as a protest to a new work law. It has quickly spread to many other cities all over Europe and is understood as a kind of platform for all issues that are troubling people who are increasingly losing faith in politics. Have you heard of this and are there similar nation-wide movements in the U.S.?
There has only been attention to Nuit Debout in the alternative press in the U.S. There has been zero coverage in the corporate media of this tremendous example of decentralized people power coming together in public to learn, build community and take action. There is sadly nothing like this at the moment in the U.S. The Occupy movement was the closest to it, but due to several internal factors (not addressing issues of race being a significant one) and external factors (cooptation, infiltration and ultimately the decision by the power elite to destroy them through police arrests and violence of this largely non-violent movement), there is no longer anything like a visible mass, public presence to Occupy.

On your website we also learnt about the March to End Poverty on Monday 18th July in Cleveland. How wide-spread is the problem of poverty in the U.S. and how did the March go?
Poverty remains a persistent problem in the U.S. From the mid 1990’s to the early 2000’s, the rate declined nationally but has risen since, though stable the last few years. Fuelling the rise was the Great Recession/Depression of 2007-9. U.S. policies bailed out the big banks but not people. Budget cuts, capital flight, privatization/corporations of public assets and services and automation associated with neo-liberalism have been contributing factors to the increase in poverty.

Do you have connections to the The People’s Convention organised by the People’s Revolution for July 23rd in Philadelphia?
I was in touch with a representative of the Philadelphia event a few months ago. There was interest in maintaining contact between us and our efforts but that hasn’t happened, due no doubt to both of us being absorbed in helping to organize our respective events.

What message would you send to people in Europe?
The world is facing simultaneous profound crises — economic, political, social/racial and environmental. The old ways the dominant institutions depended on for maintaining control and maximize profit (i.e. racial oppression, divide and conquer, plundering finite resources for infinite economic growth, top-down political and economic decisions made by individuals decreasingly accountable to people ) are being exposed and rejected and no longer work. It is up to individuals in Europe and the U.S. to avoid internally and externally being pitted against one another and not view one another as “the other.” We must not only expose problems, but offer just, peaceful, democratic and sustainable solutions — and educate, advocate and organize for them non-violently. Our solutions must be as fundamental as our crises. The political and corporate institutions have failed us. We must work to organize new structures — those that respect national sovereignty but not be nationalistic at the expense of thinking and acting globally — in particular in affirming the inalienable rights of all human beings. 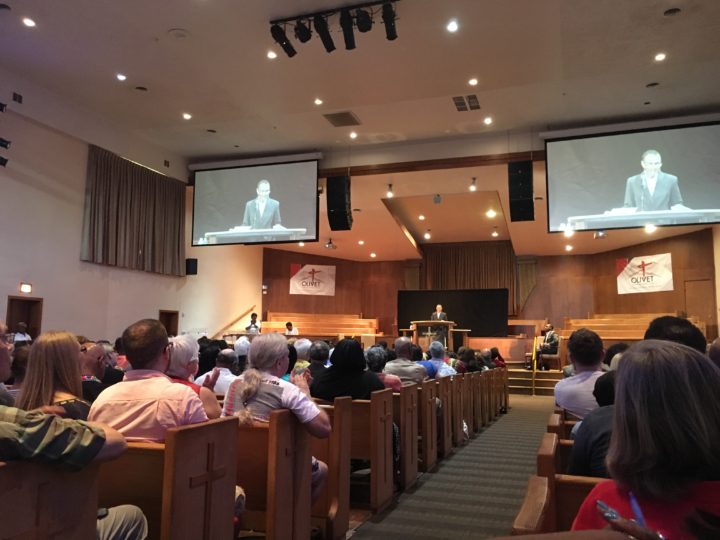 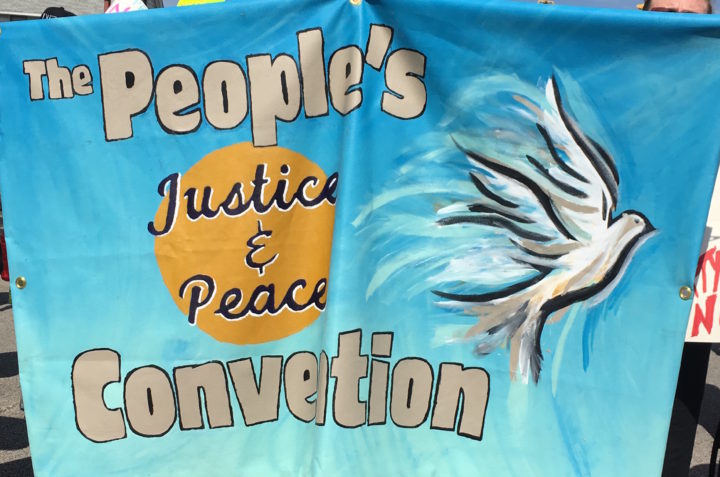 Evelyn Rottengatter
Born in 1971 and raised near Munich, Bavaria, she has a degree in languages (English, French, Italian) and went on to work in the media (cinema, television, print). Teaches languages to children and writes and translates for Pressenza.