By Beatriz Prieto (Warmis Base Team – Convergence of Cultures)

Music to generate empathy: this is the idea behind the project “Lakitas Sinchi Warmis: Women blowing wind” – set in motion by the Warmis base team of the international humanist organisation, Convergence of Cultures – which has been selected by the Valuing Cultural Initiatives Programme of the city of Sao Paulo.  The project starts with a meeting on 15 May in Kantuta Square, next the Armenia metro station in the north of the city.

Created for immigrant women and their daughters, the idea is to rediscover and rescue the Andean culture in São Paulo through Lakitas, a style of music that comes from communities scattered throughout the Andes, and is now begining to take root in Brazil. 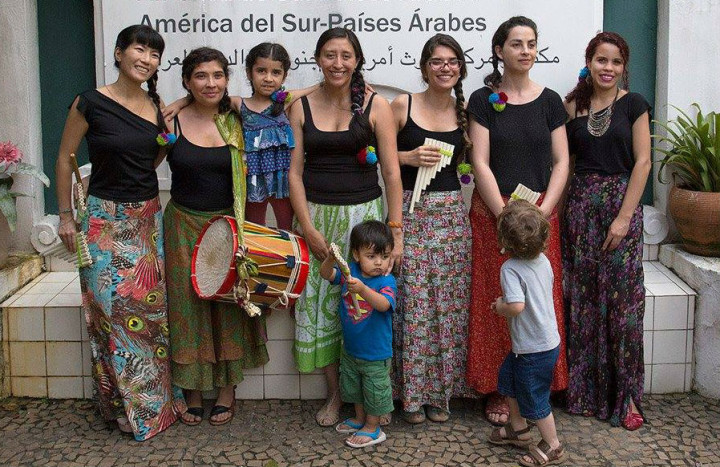 By teaching women to play wind instruments like the ira and the ark, we can simultaneously revive the tradition and empower it. This power taken by immigrant women is explained by the fact that Lakitas groups were restricted to men because of the traditional roles of women such as household chores and field work in areas of the Andean plateau.

To demystify and overcome this cultural imposition that separates those who can or cannot participate, these women will have the opportunity to learn together the art of Andean music and feel part of it. This contact with the melody and the interaction with other women certainly brings back affectionate memories for the immigrants who left their homeland behind, and will instill the native culture into their daughters born in Brazil, and who know little about their origins.

The meeting aims to gather together interested immigrant women and teach them to make the instruments as well as play them, spreading winds of a cultural identity that deserves to be strengthened and disseminated. Those  interested in being part of this Lakitas group should attend the first meeting, to form the group and introduce the project objectives.

Translation by Marina Cipolla  (Warmis Base Team – Convergence of Cultures)