In the Czech Republic soldiers have reportedly started touring elementary schools nationwide in an effort to introduce students to military life. Children from the age of 10 are being familiarized with and encouraged to play with machine guns. These terrifying images bring memories of totalitarian regimes, in which education about war and a militaristic vision of society and life were instilled into children from a young age. 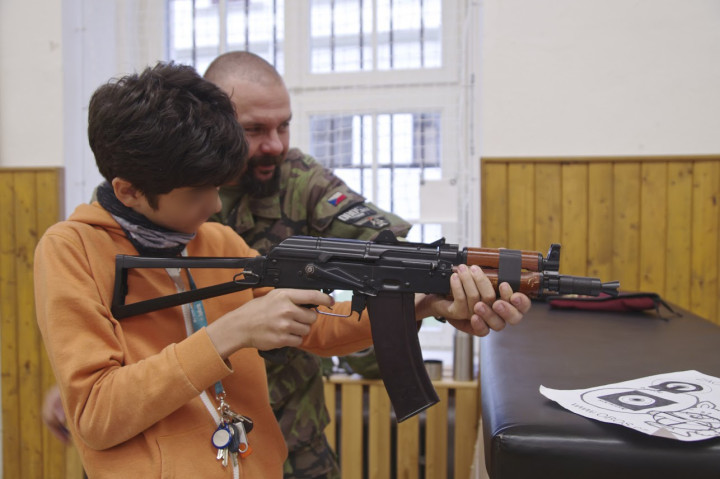 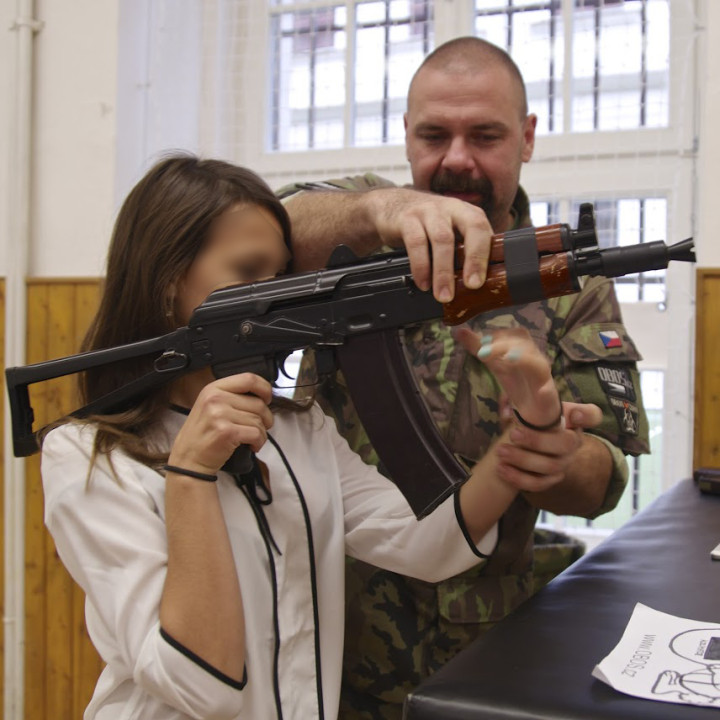 All of this, moreover, is taking place right at a time when the United States has yet again witnessed a mass shooting that took place in a school and the President himself is impotent to act against the powerful arms industry. According to the Gun Violence Archive, in 2015 alone gun-related incidents in the US amounted to 33,293. 8,514 people lost their lives and 17,361 were injured. Among the dead there were 486 children under the age of 11 and 1,687 between 12 and 17. Is this the model we want to follow?

Of course the Czech Ministry of Defence presented the initiative as an educational program, emphasizing the army’s role in defending the nation, the value of patriotism and so on; the same old hypocritical rhetoric, to which the profound analysis of Tolstoy still applies: while on the one hand there is great talk of compassion, of justice, of humanity, what is effectively supported, either silently or explicitly, is a society based on violence.

This initiative was launched in silence, almost secretly, so much so that the parents weren’t even informed. I had the chance to listen to some mothers who could scarcely believe what they were seeing when the pictures were published online. They listened in horror to the comments of their children: “There was talk of using these weapons, of shooting refugees…” A veritable incitement to violence. Of course the teachers now claim that the soldiers never exhorted to violence and hate and surely that was the case. But given the wider social mood, the racist comments heard at home and the manipulation by the media in their constant search for new social enemies, the pupils surely interpreted this ‘cultural and educational’ initiative as an encouragement to use violence. Maybe this is the true goal of the campaign: a great propaganda effort in favor of the use of force and the militarization of society.

All of this could be part of a wider plan, of which we already saw the signs in March this year with the so-called ‘Dragoon ride’: the transit of US military vehicles through various East European countries, with associated flag-waving and soldiers stopping to greet the locals and show their guns to children. Something like that is today unimaginable in any Western country: this type of demonstration is only really done when another country is occupied or liberated. It would have constituted an offence and a humiliation to those nations! Following this the Czech Parliament tried to approve a new law (which has so far been postponed) to reintroduce mandatory military service for men and women alike. In the meantime military expenditure is rising, mostly to buy American weaponry for exorbitant prices.

One has to remember that for quite some time the US has started to ‘use’ young people of other nations for their wars, like the Kenyans in Somalia and in Afghanistan. And so in the war in Ukraine against Russia and all the ones that could yet be started, they could be counting on the young men and women of the Czech Republic. In reality all of this started in the Baltic Republics, where US senators are present to direct the local armies.

Without perhaps going that far – the reader might think of these ideas as exaggerated or manipulative – we are certainly witnessing a great propaganda action. A propaganda which, rhetoric aside, relies for its own success on the fear of war and invasion it provokes in the population, against which one has to be prepared. The Czech government (or should we say Washington’s puppet?) could not build the US military radar base (the famous ‘star wars’ project) and therefore had to wise up. It doesn’t present its ideas in clear and direct ways anymore, but does so slyly and almost silently, hoping that people will consider it ‘normal’. Some people have commented to me that back when they were students, they would commonly meet representatives of the army and that therefore all of this is ‘normal’. They have forgotten a small detail: they used to live under a totalitarian regime! There was nothing ‘normal’ there!

So far the propaganda is working, as there have not been any major protests. After the Velvet Revolution, people started to believe that an age of liberty and prosperity was about to begin. Today, even though everything is pointing in the opposite direction, they prefer to look forward to a weekend in the countryside and a holiday in the mountains than to see the rising authoritarianism and the diminishing of spaces for freedom and participation. Sadly we all know that there is no worse blindman than one who doesn’t want to see!

Now that the state is getting its hands on the education of our children to turn them into instruments of death in the hands of NATO, will a reawakening finally begin? Is it one day going to be our children who fire missiles on hospitals, killing civilians and children in the name of human rights?

Personally when I saw those pictures I almost felt sick. To see children educated to use violence like it’s a normal thing, to see them being manipulated taking advantage of their naivety, with the acquiescence of teachers and parents alike, left me speechless.

Luckily not everybody is asleep! A number of groups are socially active and ‘World Without Wars and violence’ is informing parents about what is going on, inviting them to launch a nonviolent protest based on various actions:

– asking schools to suspend this programme and organizing meetings with parents and teachers to discuss the issue, as should be the case in a democratic society;

– demanding to be informed of the day in which soldiers are visiting classes and “creating the void”, as Gandhi taught us, by not sending one’s children to school that day.

We do not want to believe Milan Kundera who wrote in ‘The Unbearable Lightness of Being’: “… He was aware of the fact that he belonged to the weak, to a weak people, to a weak nation…”. We prefer to remember the Slavic tales, according to which in times of great need the people discover the best of themselves, to create a truly democratic and human society.