This year’s international Day of Nonviolence witnessed a whole host of activities around the world.

Among the activities held on the annual October 2nd included: In Nakpanduri, a conflict area that experiences curfews in the northern region of Ghana, there was an all-white dressed mentorship class led by Elizabeth Bidzakin with a former director of girl-child education talking to them. The guest took the students through the topic of ‘stopping violence against the woman. Role of the youth’.

In Kenya under the theme, ‘eradication of violence against women’, activities were planned and coordinated by a team of individuals from different countries. Led by Boniface Ogutu founder of the Sitarusha Mawe Tena Peace Campaign, several organizations and individuals partnered to celebrate by holding connected activities in their communities.

In Nairobi, led by Bethwell Mwaura and Ann Nduku, youth were taught a new game of football for development method called football 3 (F3). Dressed in white and tying white ribbons, the players and the coaches/Mediators thereafter collected peace messages from the fans and spectators. This event was held at Mathare Youths Sports Association.

In Kisumu led by Sitarusha Mawe Tena Peace Campaign, participants took part in a 3 km Nonviolence walk collecting peace messages and giving out white Ribbons. They then gathered for an Open Dialogue Forum where a panel of experienced professionals and stakeholders had a discussion on the theme. In the afternoon, there was a fun-filled all-white Poetic Hour event where there were thematic performances from artists who use their talent as a tool for social change.

In Kendu Bay, led by Daniel Otchyieng Abonyo and members of the organization World without Wars participants in all white gathered for a peace talk teaching the community on clean cooking and clean lighting held at Kandiege Stadium.

A section of servicemen from the National Youth Service Main Training Center in Gilgil dressed in white t-shirts and then conducted a clean-up activity to promote nonviolence through community service.

In Uganda, Harris Justus Akampurira held a ‘Loving and Kindness’ meditation. The all white dressed participants then moved around their communities collecting peace messages.

In France, Georgina Siaba collected videos from volunteers which she intends to use to make a short film.

In Italy, members of World without Wars organized the “Nonviolence Awards’ in which prizes were given to those who took photos and made projects promoting nonviolence.Brian Magwaro, Pocar Lee and Elizabeth Bidzakin led fellow Young African Leaders Initiative Network in a live online ‪#‎YALICHAT‬. 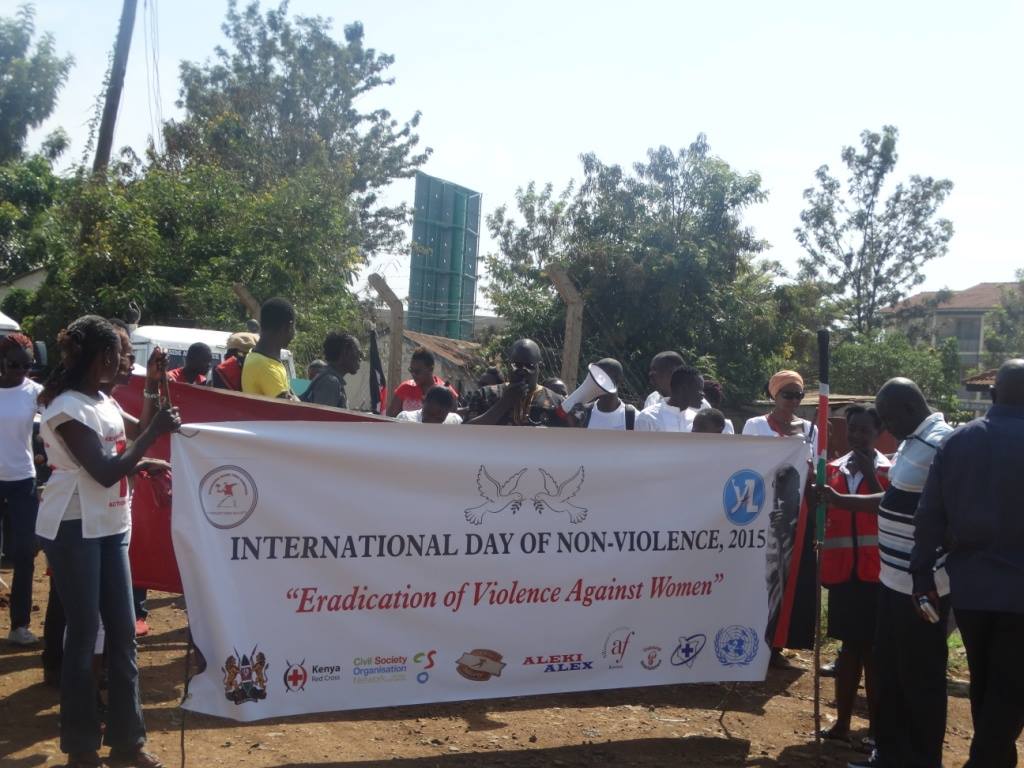 Pressenza Kenya
News from the Pressenza Bureau in Kenya