During the reception of EuroMarches in Plaza Cibeles with a musical spectacle put on by Solfónica (an orchestra of 50 young musicians and 130 popular actors) there was a dominant cry: “Another Europe is possible!” under the emblematic banner on the city council building façade with the slogan “Welcome Refugees”.

On the fourth day, a citizen’s assembly took place in the Queen Sofia Museum Square, with 6 presentations about the 6 points on which EuroMarches is based. Together with these issues, the NATO exercises currently underway were denounced.

From Madrid centre, EuroMarches set off for Zaragoza. Social movements there received the March in Delicias station, from where it moved to Pilar Square. Here the Mayor, D. Pedro Santisteve welcomed the Marchers before a Citizens Assembly took place in Pila Square. 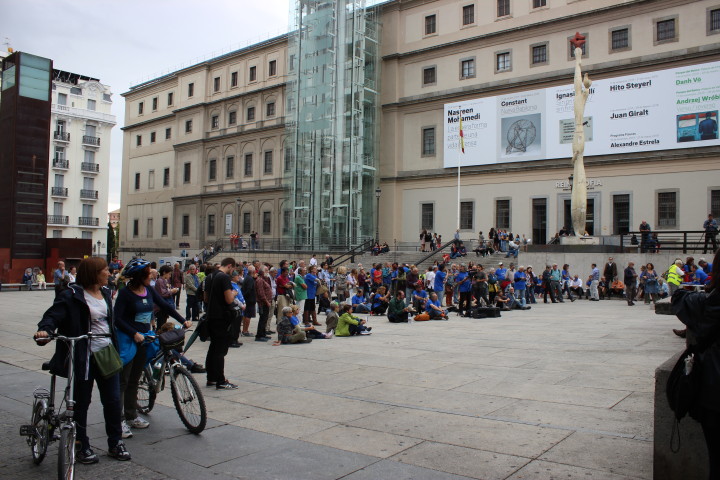 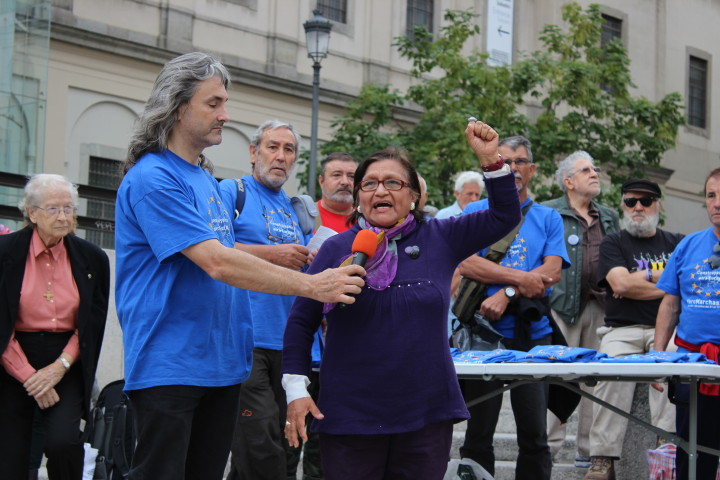 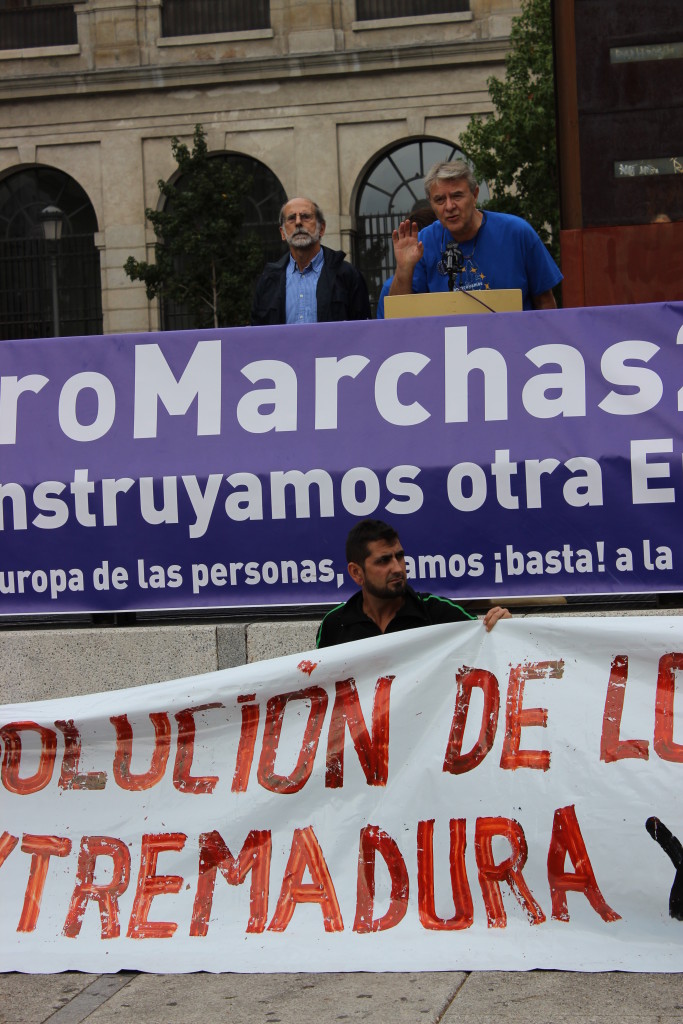