Prime Minister Abe is eager to convince the nation and the world that the Fukushima crisis is over, even though the decommissioning of the Fukushima Daiichi triple meltdown will take at least 40 years, and despite the fact that over 380,000 tonnes of highly contaminated water are stored in over 1500 huge steel tanks on site, with new tanks being built every week. Two years ago Abe reassured the International Olympic Committee that everything is quickly returning to normal, in order to provide support for Tokyo’s successful bid for the 2020 Olympics.

Urging citizens to return to the evacuated areas is one way of delivering the message that all is well. The town of Naraha, in Fukushima Prefecture, is just within the 20 kilometre radius that constituted the boundary for the primary evacuation zone following the nuclear disaster in 2011.

As the Japanese government lifted the evacuation order for Naraha Town, a citizen lab released radiation testing results that showed highly variable levels of radioactive cesium contamination in the roadside soil, ranging from about 7,000 to over 50,000 becquerels per kilogram. (One becquerel indicates that one radioactive disintegration is taking place every second. Each disintegration of a radiocesium atom emits a beta particle and a gamma ray. Both are very harmful to living cells; exposure to such emissions can cause cancer to develop many years later.)

These measured levels of soil contamination would yield annual radiation doses ranging from 2 to 14 times higher than the maximum exposure allowed for members of the public in Canada. [Many thanks to Alfred Kôrblein for carrying out the calculations.]

Radioactive cesium does not exist in nature, it is only produced as the result of nuclear fission. There are two varieties of radioactive cesium — cesium-134 and cesium-137. These unstable varieties of cesium are just two among the hundreds of broken fragments that are produced when uranium and plutonium atoms are “split” during the normal operation of the Fukushima Daiichi reactors. Radiocesium is considered to be among the most dangerous of the so-called “fission products”, but there are others — like strontium-90 — that are also biologically dangerous.

How long will this cesium contamination persist? Well, it depends upon the “half-life” — the time it takes for half of the radioactive atoms to disintegrate. Cesium-134 has a half-life of 2 years, whereas cesium-137 has a half-life of 30 years. At the present time, there is about 4 times more cesium-137 than there is cesium-134; but since the cesium-134 disintegrates much more rapidly, the preponderance of cesium-137 will become more pronounced as the years go by.

Thus, without further decontamination efforts (i.e. digging up, bagging and removing the radioactive soil) it will take centuries for the contamination levels in Naraha roadside soil to subside to single digits (in becquerels per kilogram).

Since children and infants are far more susceptible to radiation damage than adults, one can only be thankful that schools will not reopen for two years. The authorities should wait much longer. Perhaps a century or so. Maybe longer. 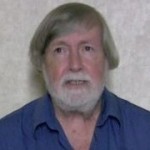 Gordon Edwards
Dr. Gordon Edwards is one of the co-founders of the Canadian Coalition for Nuclear Responsibility (CCNR) ccnr.org