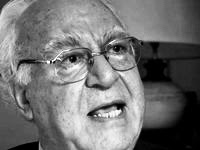 The announcement of the nuclear deal between Iran and six world powers is a rare moment in history that gives us hope and provides a basis for optimism.

Ms. Mogherini said: “It is a decision that can open the way to a new chapter in international relations. I think this is a sign of hope for the entire world.”

The Iranian foreign minister echoed those sentiments and described the deal as “a historic moment”.

He continued: “Today could have been the end of hope, but now we are starting a new chapter of hope.”

Zarif rightly pointed out that the deal has ended an unnecessary conflict.

As the TFF Associate Gareth Porter has shown in his book of the same title, it was in fact “A Manufactured Crisis”.

It should be remembered that Iran had been ready since 2003 to reach a nuclear deal when she agreed to ratify the Additional Protocol and voluntarily suspended enrichment for two years.

The Bush Administration killed that deal by illegally stating that, contrary to the NPT regulations, Iran was not allowed to have any enrichment on her soil.

It was only after 2013 when President Obama joined the rest of the world in recognizing Iran’s right to enrichment that things began to move.

While Iran and the United States had shunned each other for over 35 years, all of a sudden, the ice began to melt.

President Obama had a brief telephone conversation with President Rouhani. That initial contact was followed by intense talks.

Secretary Kerry has now spent more time with his Iranian counterpart than with any other foreign minister in the world.

Two years of talks, a number of broken deadlines, followed by 13 days of non-stop discussion and negotiation have resulted in this landmark agreement.

However, although we are entitled to feel optimistic, the difficult part is still ahead when the naysayers in Israel and Saudi Arabia and the hawks in the US Congress will try to kill the deal.