M: I interviewed Johanna Heuveling with the aim of finding new impulses for a pacifist discourse in a world impregnated with violence, and in order to rethink once more the concept of reconciliation. The fact that there is always an alternative to war and violence must be lifted to the level of universal pedagogic principle. That is my wish as I write these lines.

Now I’d like to hand over to Johanna. In the photo that accompanies this article we see this Berliner at the wall at Bethlehem, which must come down, as the song that Roger Waters wrote for Gaza says. 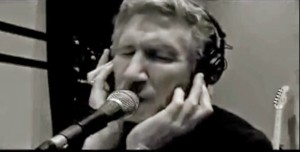 M: Dear Johanna, as a pacifist, you are committed to the aim of achieving reconciliation between Jews and Palestinians. Currently, what strategies do you see for achieving this aim? How can decades of hatred be overcome?

J: Firstly, my hope in reconciliation is based on the certainty that 90% of the people, Israeli and Palestinian, want to live in peace and would do a lot to achieve this end. At the end of the day, the existence of ordinary people throughout time depends on peace.

However, at the same time, people are experiencing immeasurable fear and hatred. The others appear as vengeful, aggressive and violent beings. All stories that they hear seem to verify this view. And the media and politicians do nothing more than confirm it in order to promote a defensive attitude of increasing separation.

What surprised me most when I went there was that there are no places to meet, to exchange ideas or to get to know one another. In several situations I found myself – me, coming from outside and having nothing to do with place – acting as a transmitter of information between Israelis and Palestinians. Crazy things! I can be in contact with people from the West Bank or Israel in any moment; but between them, who are neighbours, there is no point of contact. Even Muslims in Israel have little contact with Jews. But I realised that both of them are extremly curious about one another.

So that’s why, for me, the most important strategy is a coming together at a human level. Many times I thought about the French and Germans at the start of the last century who hated each other so much that they confronted each other in two terrible and inhuman world wars. After the Second World War, finally they became reasonable (maybe there were also other interests in play), giving life to a friendship between France and Germany. The two languages were taught in schools. Exchange programmes and political, cultural and economic cooperation was organised. Above all they wanted to put young people in contact. Today our countries don’t think about war. There are friends and family members on the other side. You could say that, in this case, we are dealing with very similar cultures. However, at the start of the last century the differences were very marked.

Even German visitors have left their messages on the wall in Bethlehem. Photo: Johanna Heuveling

R: How do you believe that the dynamic between aggressor-victim-aggressor, explained by Amos Oz, can be useful as a paradigm in the construction of peace?

J: I’m very happy to have found the text by Amos Oz. For sure it’s not the only truth, but we all know the situation in which, forced by obstinacy and by feeling persecuted by others, we aren’t capable of perceiving what the other person really wants. Both sides, Arabs and Jews, were extremely traumatised in the moment in which the State of Israel was founded: the latter by the holocaust and the former by colonialism and exploitation. These are the worst possible and imaginable conditions. We wouldn’t know how to see the positive side of things. It’s important to realise this and to write explaining this dynamic history even more. History mustn’t be seen as a moment in time, but rather as a process. And of course, we must talk about it and discuss it in schools. Although the generation of victims and executioners still cannot overcome their hatred, we can put hope into the next generations. Children don’t always inherit hatred. Sometimes they start to rebel against the generation of their parents. It’s enough to think about the german student movements in 1968. In Israel, among the issues related to the last protests in Tel Aviv, we saw that they weren’t only speaking about the high costs of living. A friend in Haifa told me, “At least now all Israelis realise that our political elite is corrupt. Before this raising of awareness, it wasn’t so.” 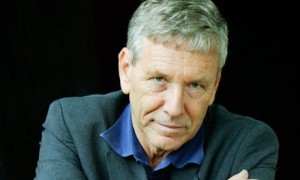 M: How does one manage to build peace in the lives of ordinary people, beyond the world of politics and the arms lobby?

J: I think that in the political sphere, either in Israel or in Gaza/Palestine, there is no will to make peace. If it were so, a long time ago they would have started programmes such as those I described before. We must bear in mind that efforts going in this direction are always sabotaged by the leaders.

I am convinced that the people have to recognise that they can’t trust politicians, and that they must take charge of their own destiny. It’s enough that a significantly large number of people become active and get in contact with the people on the other side, travel to other regions and start to set in motion small joint projects. The internet also offers many possibilities. There are already many promising projects based on people’s own initiatives that, unfortunately, are still too isolated to have any weight.

We can also do something, like for example, inviting Israelis and Palestinians, so that they can meet in a neutral place. We can act as a bridge. And I think that Europe must take some responsibility.

Perhaps for many people this could seem to be a tame and week proposal, but in reality it requires a lot of courage. We are talking about doing exactly the opposite to that which fear and rage suggests. We are talking about not fleeing, not putting up barriers, not protecting oneself with weapons and not committing acts of violence, but rather meeting one another without weapons and with an open heart, confronting the arguments and sentiments of the other person. Doubtless, the violent forces on both sides will waste no time in attacking these initiatives. And also one must be prepared that the people that we most love oppose our move. In any case, it all requires hard work, a lot of courage and commitment. That’s why it’s also fundamental to work in networks to present oneself in a compact and decided way. I don’t know if it will ever be achieved, but I have more hope in this than in politicians. 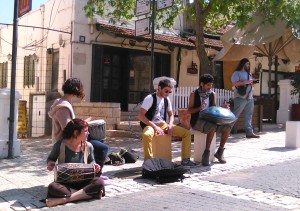 M: What are the main aims of World without Wars?

J: The complete name of our organisation is “World without Wars and Violence”. War is no more than an extreme form of violence. There are different forms of violence: economic, sexual, psychological and religious, to name a few examples. Violence is produced when one person wants to dominate another one (for economic, sexual, religious, reasons etc.) limiting their rights and freedom or exploiting them for their own ends. From this point of view, we have a very violent past and present.

We think that we have to put ourselves to work to overcome this violence because it damages human beings (including those who practise it) and because in today’s world with weapons of mass destruction, economic and ecological disasters, we cannot survive without learning to overcome this archaic mechanism. In the first place, it’s necessary to recognise the mechanisms of violence in one’s own daily life (Where do I suffer violence? Where do I exercise it?) and in the society. And then we need to learn how to use tools to overcome the violence through reconciliation and nonviolent activism. To this end we organise workshops, seminars and conferences. We study certain subjects intensely and we publish our knowledge, also organising events such as festivals, marches, film competitions, etc.

“World without Wars” is an international association which in 2009 organised the World March for Peace and Nonviolence. And different groups work in their countries and places on the forms of violence that are predominant there.

M: How important is it that pacifist organisations and initiatives work in a network, and why?

J: To work in a network is fundamental to achieve greater visibility and to give more importance to a specific issue. In certain moments such beautiful dynamics can be unleashed that lead to initiatives such as the Indignados and Occupy. These experiences are visible only for a short time, but they always produce a change in the collective imagination and in the future collaboration between people. Several initiatives have emerged from the neighbourhoods starting from 15M.

In Germany, unfortunately, for many years now there are conflicts between organisations and this is why a broad movement hasn’t formed. However, to work with volunteers is very satisfying, as it works without being dependent on money. We are all committed by our convictions and not because it pays the rent. In this way, a spirit of competition is given up and we are all happy when someone sets something beautiful in motion and we support it. In this field, there are some good projects in Germany.

But to promote real changes in the hot issues, such as weapons trading, the militarisation of the Federal Republic of Germany, the economic crisis, etc., it will be very necessary to work in a network at all levels. 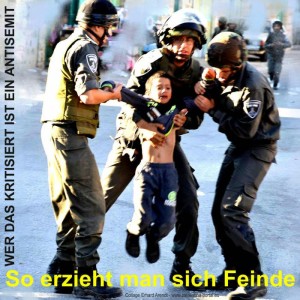 M: As a pacifist, what are your goals for the near future?

J: In these moments, I am mainly writing for Pressenza, because I discovered that, finally, it’s what I know how to do best. I want to communicate to people that there are always different possibilities to those that are presented to us as being without alternative, that it is always important to understand all the background and the reasons, and that there are many positive examples that are often not perceived. I think that, above all in Germany, we believe increasingly in the violent solutions to conflicts. And precisely in this field arguments and examples of nonviolent solutions must be shown.

I would also like to start to organise seminars on violence and reconciliation, as I have had some really good experiences. Many of the participants (whether in poor African neighbourhoods or in Germany) suddenly see the possibility of change in particular oppressive situations that they didn’t perceive before. It’s very moving. And also, in my life, I never stop learning about these things.