A group of journalists, writers, academics, musicians and artists, whose work is about expression of thoughts and ideas, came together in support of freedom of expression. They held a press conference on February 9 and asked the public to join the movement and to sign the online petition.

This movement came about under the surge of self-censorship urged by the government after mass media and the public openly criticized the government and its approach to the recent Japanese hostage crisis with ISIS. The conference was attended by a list of public figures, including a journalist, Hajime Imai, a political satirist, Mad Amano, a law professor, Setsu Kobayashi, a former official of Ministry of Economy, Shigeaki Koga and an author, Karin Amamiya. 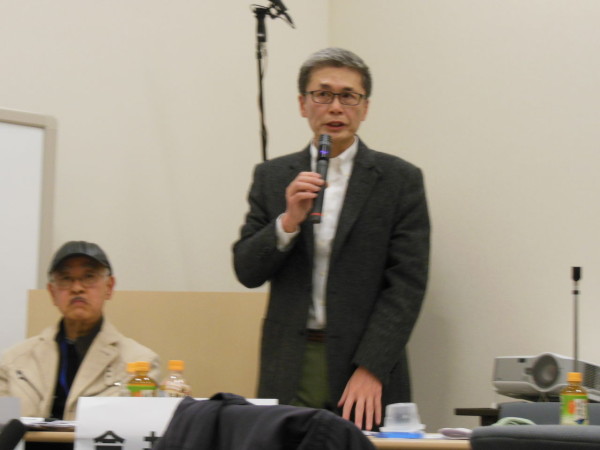 Their declaration read, “We, as people who exercise our right to freely express ourselves, now declare to resist at all costs the threat of conforming to “self-restraint” and avoiding criticizing the government,”(translation by Nevin Thompson, GlobalVoices) and made their commitment clear to not to repeat “yokusan taisei – a system of support” which existed and instituted in Japan during WWII and that any government criticism was prohibited in the name of national morale and solidarity. As of February 16, their online petition has collected about 5,000 signatures, and the petitioners included well-known figures such as a filmmaker, Kazuhiro Soda, an artist, Ryuichi Sakamoto and an author, Seishu Hase.

The climate of self-restraint and self-censorship called “jishuku kisei” first became prevalent among the Japanese mass media after the government’s ruling party requested “fairness in journalism” in December 2014, right before the lower house election. The year turned and even after the tragic ending of the hostage crisis, political opinions seemed dwindled in the media, and also, the public seemed holding back theirs opinions. In the midst of it and in late January, a former official of Ministry of Economy, Shigeaki Koga candidly criticized Prime Minister Shinzo Abe and his administration’s foreign policy on a popular TV news program called “Hodo Station.”

Mr. Koga’s comments included, “Dangerous idea is growing, and that is, questioning the Abe administration and their strategy on anti-terrorism is viewed unpatriotic,” “I believe Mr. Abe wanted to gain recognition among the alliances against ISIS and to be seen as a powerful agent,” and “I am NOT Abe” as in disclosing his opposition. After this broadcast, the senior management of the TV station received complaints against Mr. Koga’s criticism from Abe supporters and from some government employees.

While the production team’s bold act being noticeable, the TV station made an announcement that Mr. Koga, a regular commentator of the program, the producers and other production members will be removed from the program after March. It is suspected that their removal is a result of the pressure by the government and of the self-censorship by the TV station succumbing to it.

Consequently recognizing a sentiment that political violence is sprouting and tolerated, the movement began and the declaration was made.