In 2002, investigative journalist and TED Fellow Will Potter decided to take a break from his regular beat, writing about shootings and murders for the Chicago Tribune. He went to help a local group campaigning against animal testing: “I thought it would be a safe way to do something positive,” he says. Instead, he was arrested, and so began his ongoing journey into a world in which peaceful protest is branded as terrorism.

It was less than a year after September 11, and I was at the Chicago Tribune writing about shootings and murders, and it was leaving me feeling pretty dark and depressed. I had done some activism in college, so I decided to help a local group hang door knockers against animal testing. I thought it would be a safe way to do something positive, but of course I have the absolute worst luck ever, and we were all arrested. Police took this blurry photo of me holding leaflets as evidence.

My charges were dismissed, but a few weeks later, two FBI agents knocked on my door, and they told me that unless I helped them by spying on protest groups, they would put me on a domestic terrorist list. I’d love to tell you that I didn’t flinch, but I was terrified, and when my fear subsided, I became obsessed with finding out how this happened, how animal rights and environmental activists who have never injured anyone could become the FBI’s number one domestic terrorism threat.

A few years later, I was invited to testify before Congress about my reporting, and I told lawmakers that, while everybody is talking about going green, some people are risking their lives to defend forests and to stop oil pipelines. They’re physically putting their bodies on the line between the whalers’ harpoons and the whales. These are everyday people, like these protesters in Italy who spontaneously climbed over barbed wire fences to rescue beagles from animal testing. And these movements have been incredibly effective and popular, so in 1985, their opponents made up a new word, eco-terrorist, to shift how we view them. They just made it up.

Now these companies have backed new laws like the Animal Enterprise Terrorism Act, which turns activism into terrorism if it causes a loss of profits. Now most people never even heard about this law, including members of Congress. Less than one percent were in the room when it passed the House. The rest were outside at a new memorial. They were praising Dr. King as his style of activism was branded as terrorism if done in the name of animals or the environment.

Supporters say laws like this are needed for the extremists: the vandals, the arsonists, the radicals. But right now, companies like TransCanada are briefing police in presentations like this one about how to prosecute nonviolent protesters as terrorists. The FBI’s training documents on eco-terrorism are not about violence, they’re about public relations. Today, in multiple countries, corporations are pushing new laws that make it illegal to photograph animal cruelty on their farms. The latest was in Idaho just two weeks ago, and today we released a lawsuit challenging it as unconstitutional as a threat to journalism.

The first of these ag-gag prosecutions, as they’re called, was a young woman named Amy Meyer, and Amy saw a sick cow being moved by a bulldozer outside of a slaughterhouse as she was on the public street. And Amy did what any of us would: She filmed it. When I found out about her story, I wrote about it, and within 24 hours, it created such an uproar that the prosecutors just dropped all the charges.

But apparently, even exposing stuff like that is a threat. Through the Freedom of Information Act, I learned that the counter-terrorism unit has been monitoring my articles and speeches like this one. They even included this nice little write-up of my book. They described it as “compelling and well-written.” (Applause) Blurb on the next book, right?

The point of all of this is to make us afraid, but as a journalist, I have an unwavering faith in the power of education. Our best weapon is sunlight.

Dostoevsky wrote that the whole work of man is to prove he’s a man and not a piano key. Over and over throughout history, people in power have used fear to silence the truth and to silence dissent. It’s time we strike a new note. 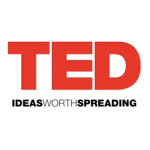