I was on the train on my way home in Sunnyside, Queens, when, just a minute before my stop, I saw canopies and lines of people on the sidewalks. I had my camera with me and the weather was so beautiful, it was like an invitation to walk on the street. My journey was very short, just a few blocks from the station. I started to ask a few of the people lining up if I could take some photos. They were pleased by my asking and took a pause to be remembered. In my mind was the question: why and how are all these people camping on the street? This was not a line for a Justin Bieber concert and we don’t have any special facilities in the neighborhood for large summer festival or other such entertainment. 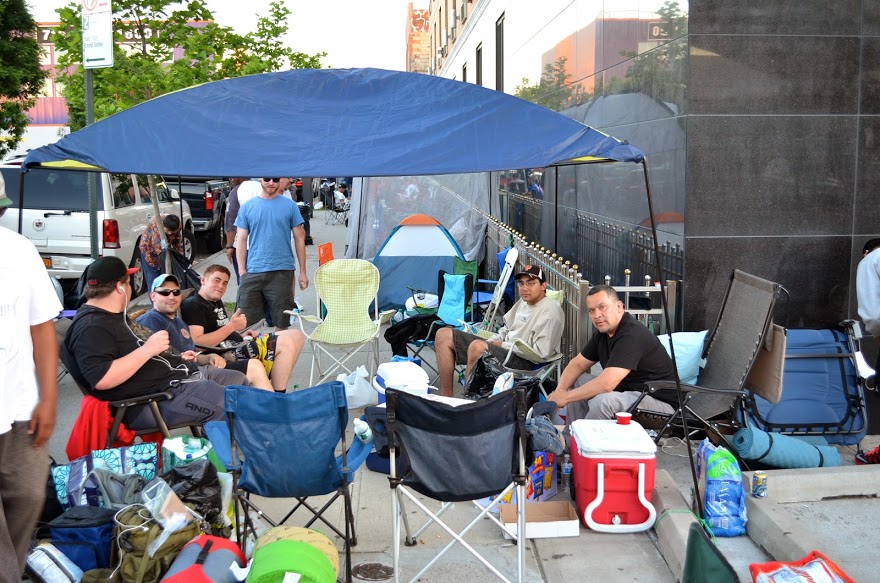 It turned out they were very normal, down to earth people looking for a job. They were answering a call from the New York State Labor Commissioner Peter M. Rivera that the Joint Apprenticeship and Training Committee for Plumbers Local Union #1 will conduct recruitment on June 9th starting at 8 AM for 100 plumber apprentices. The applications will be available for 10 business days or until 1,000 applications have been issued, whichever comes first. 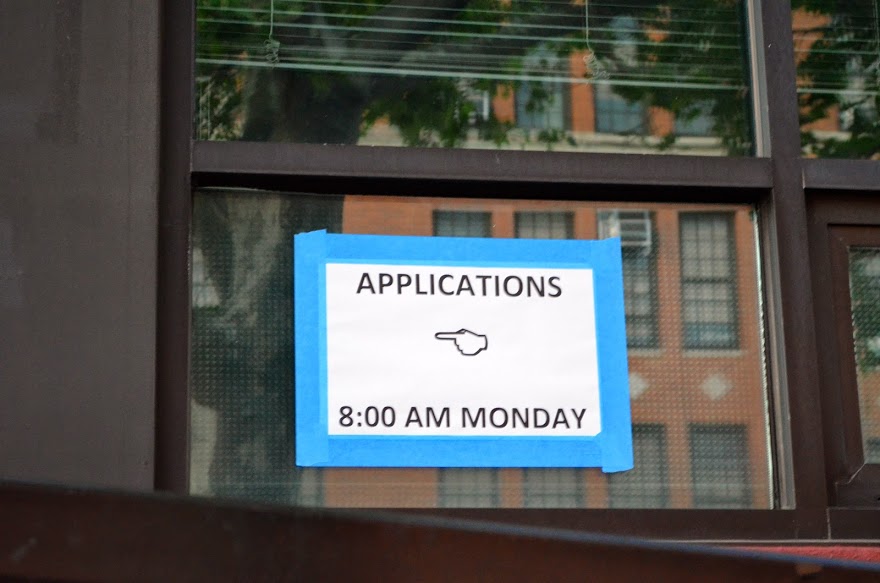 Here was the face of millions of Americans who are doing everything they can to feed their families and keep them under a roof. It is not easy to see the scale of people marginalized, left on the side in New York City, but here they were in my neighborhood. My heroes, they were not firefighters, policeman, or military but very nice people lining up along 4 city blokes. Some had come on a Friday and were planning to stay put for three days and nights, until Monday morning 8 AM. 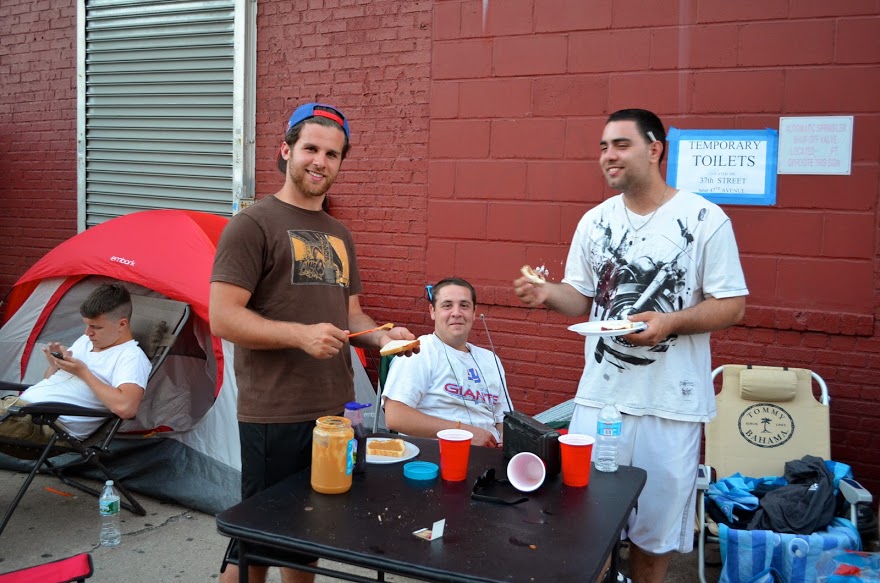 Now, I understand why people play the lottery, it is easier and you may have the same chances to win. But camping outside on a sidewalk, in one of the largest and richest cities in the world, for three days to apply for an apprentice training, open to only 100 people every two years — this is crazy, and something is definitely wrong with this picture. 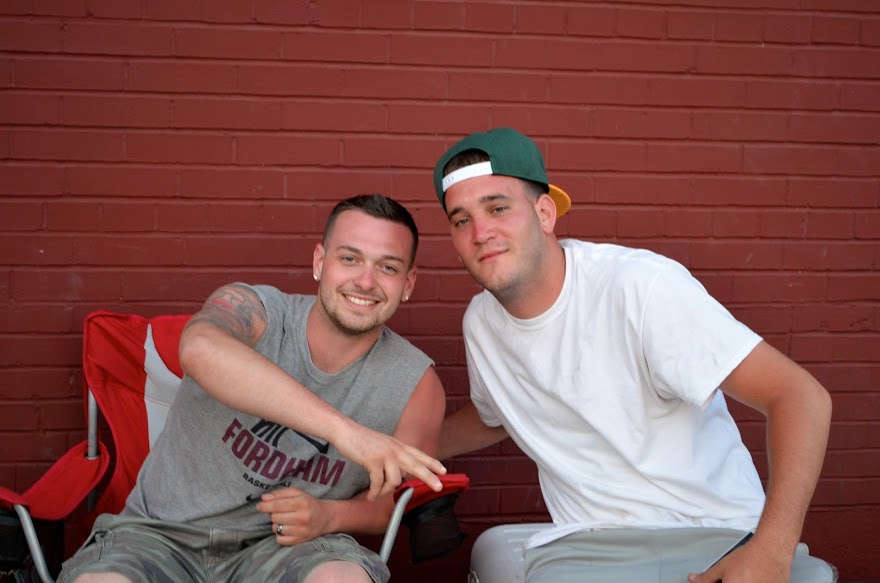 They are my heroes because I don’t know how they found the patience to wait for their moment, how they keep hope alive, how they play with uncertainty. This is like living in no man’s land and not knowing what country will welcome you, the country of the hard work with low pay or the country of lifelong unemployment. From the datatools.urban.org: Four years after the end of the Great Recession, long-term unemployment remains at record high levels. As of June 2013, 4.2 million people—a staggering 36.7 percent of the unemployed—have been out of work for longer than six months. 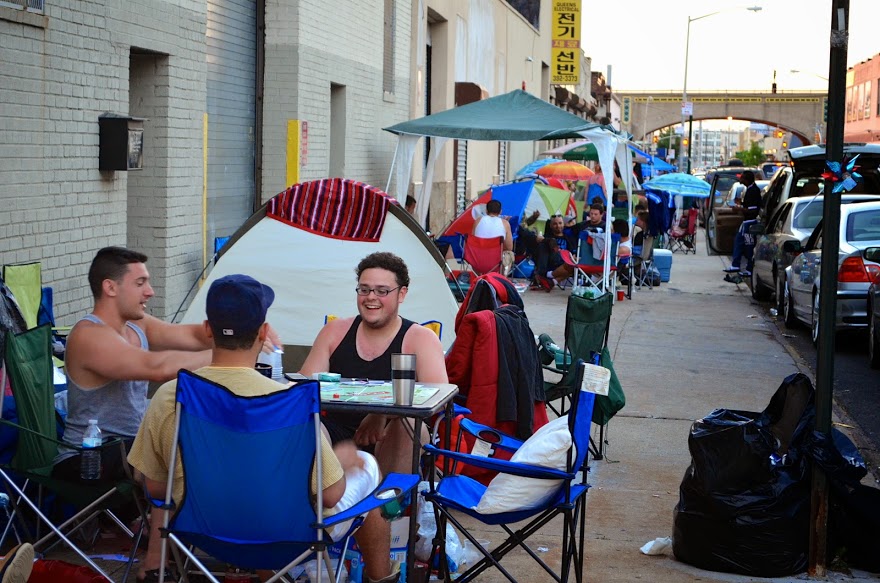 In the land of the free, the people should have the freedom to choose their work. If work can’t be guarantied for everyone as a means of social contribution and economical resource, the society has the moral duty and obligation to create mechanisms for economical distribution. Everyone should have access to a basic income.

To my friends on the street, my heroes, thank you for your dedication, I wish you the best of luck on Monday. You have my admiration. 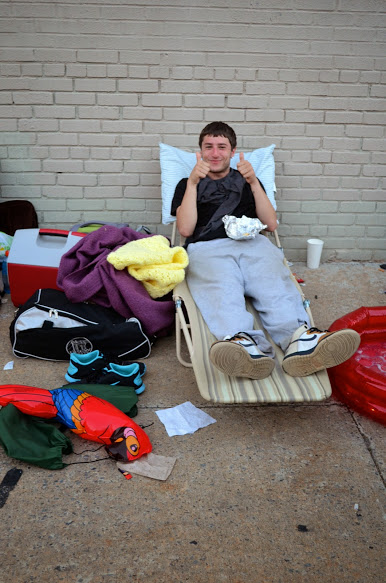