The United Nations Office for Disarmament Affairs (UNODA) has granted its “2013 Future Policy Award” to Argentina, for its National Voluntary Surrender of Firearms Program.

From New York, Justice Minister Julio Alak said that the prize acknowledged “an Argentina’s sustained policy that proves that a change is possible when there is a political will.”The award, granted for the first time this year, is aimed at highlighting the outstanding regulations and legislations, as well as informing the political leadership and the public on the need of a disarmament policy.

Alak stood out that through “a bet for life and a culture of peace and non-violence,” during the last ten years Argentina “has managed to reduce by 50 percent the number of firearms, by 48 percent the applications for licenses to possess firearms and by 92 percent the authorizations to bear them.” 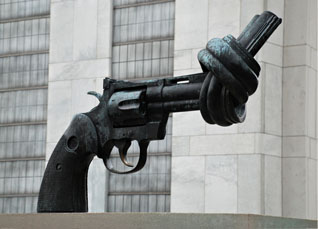