Yesterday, Tuesday September 17, in well #4 located in the community of La Primavera (Spring), just minutes from Shushufindi (Sucumbios province), President Correa launched the “CHEVRON’s dirty hand” campaign in order to report to the international community the human and environmental impact of the oil industry in Ecuadorian Amazon.
Well #4 was operated exclusively by a U.S. company, Correa said “These are pools left in 1986 by Texaco, which were never operated by other companies and today nearly 30 years later what comes out of them is oil. This was avoided before because at that time there were already better techniques, but to save a few dollars today the great pollution generated is not being remedied” denounced the President.
Accompanying this gathering was mayor Gayle McLaughlin whose city was affected by the Chevron refinery in Richmond Point, near the Bay of San Francisco (USA) in 2012.
Evidence of left overs from oil and the impact on the people clearly highlight the damage caused in Ecuadorian Amazon 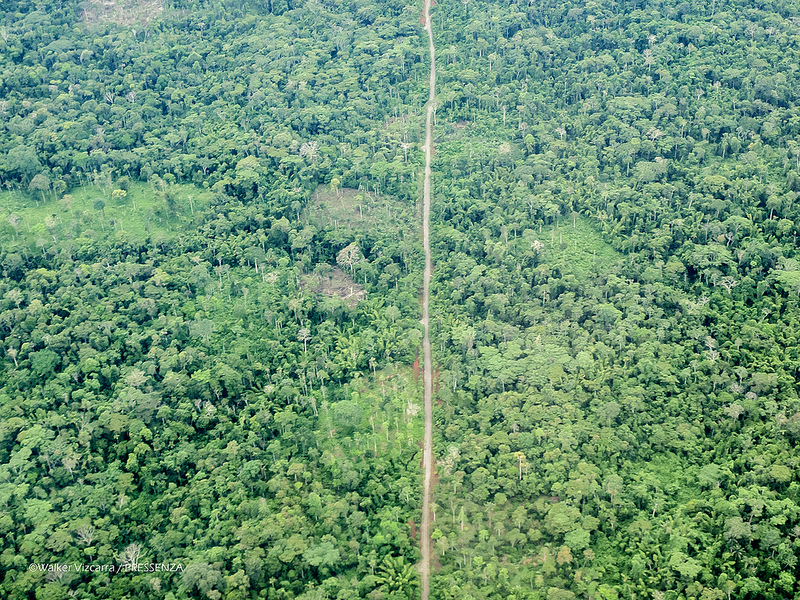 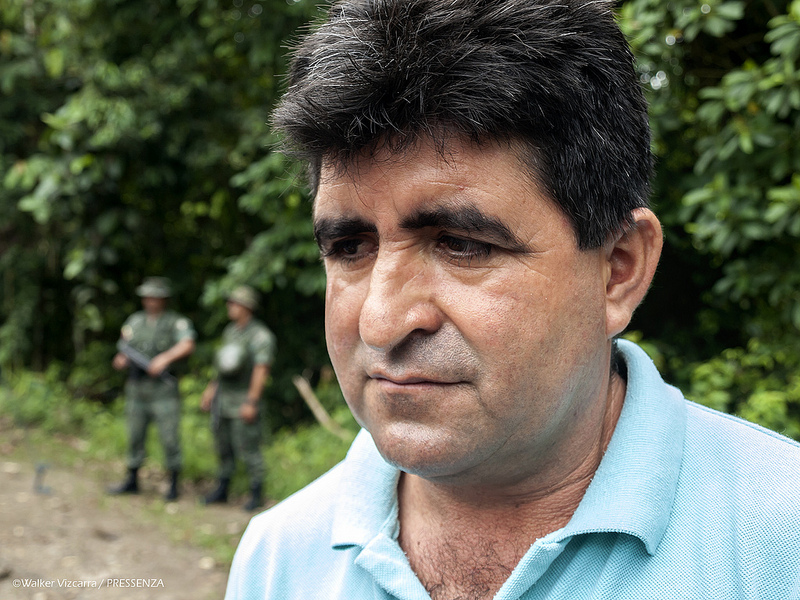 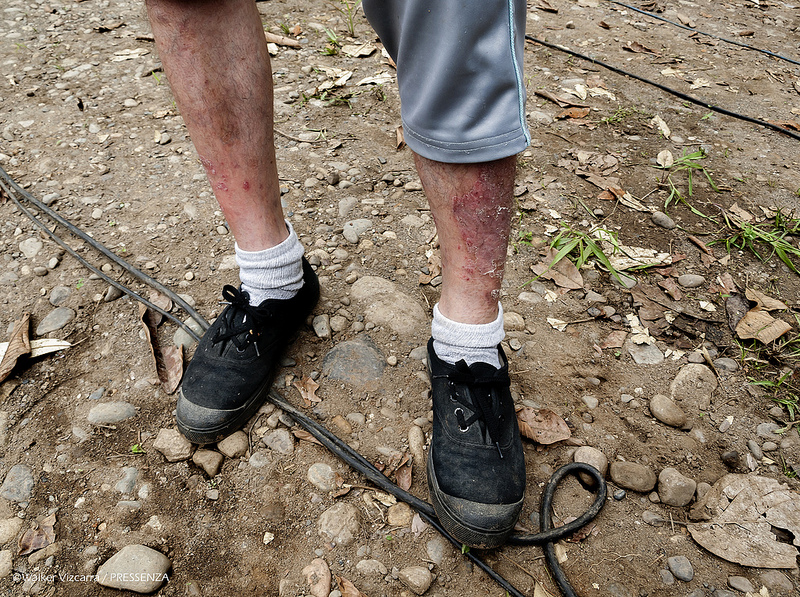 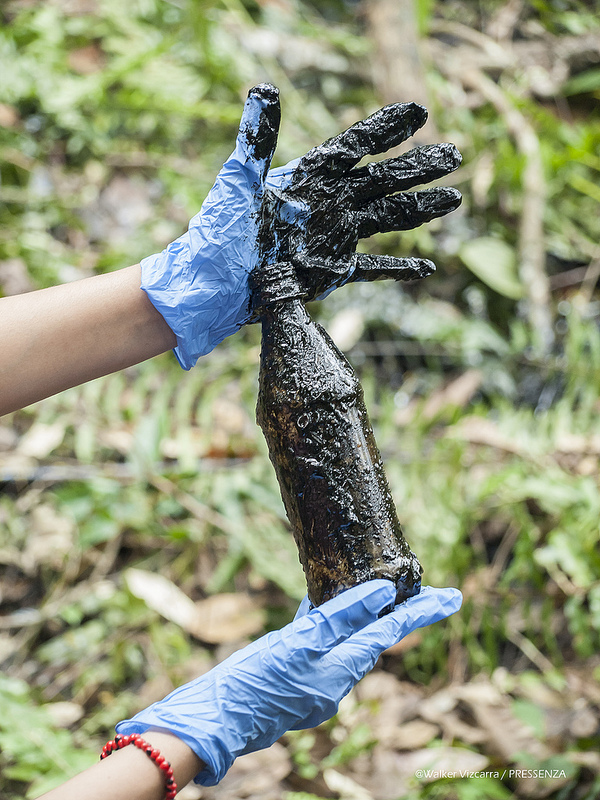 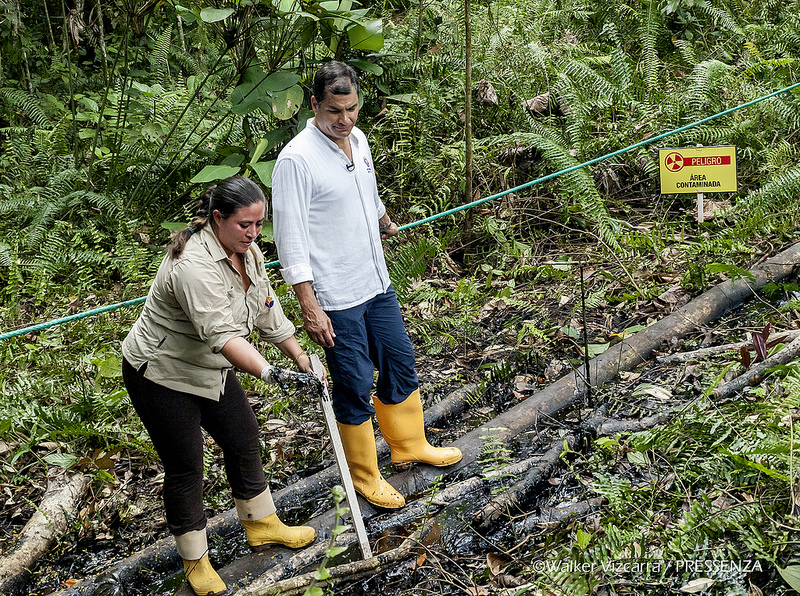 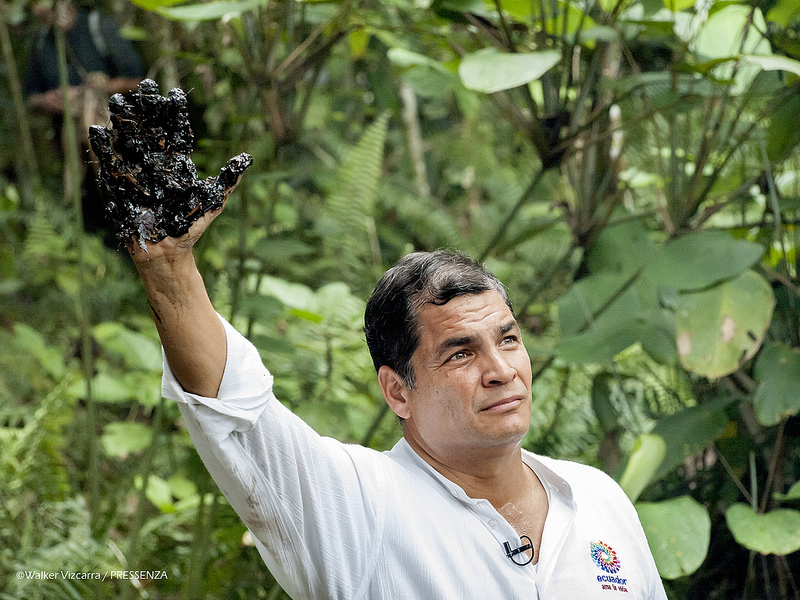 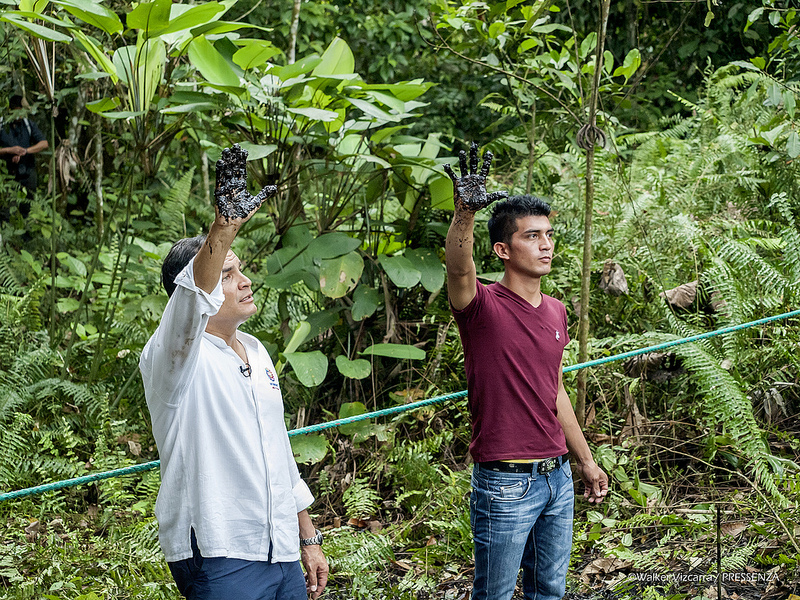 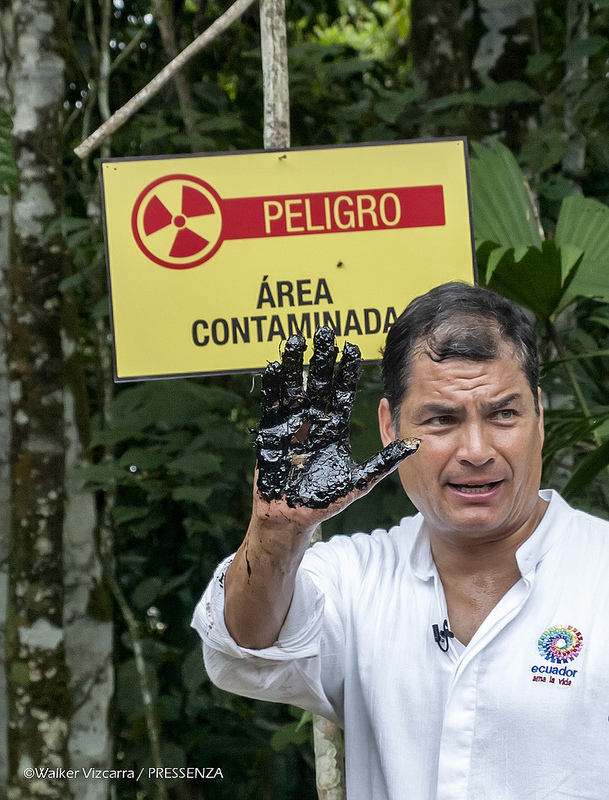 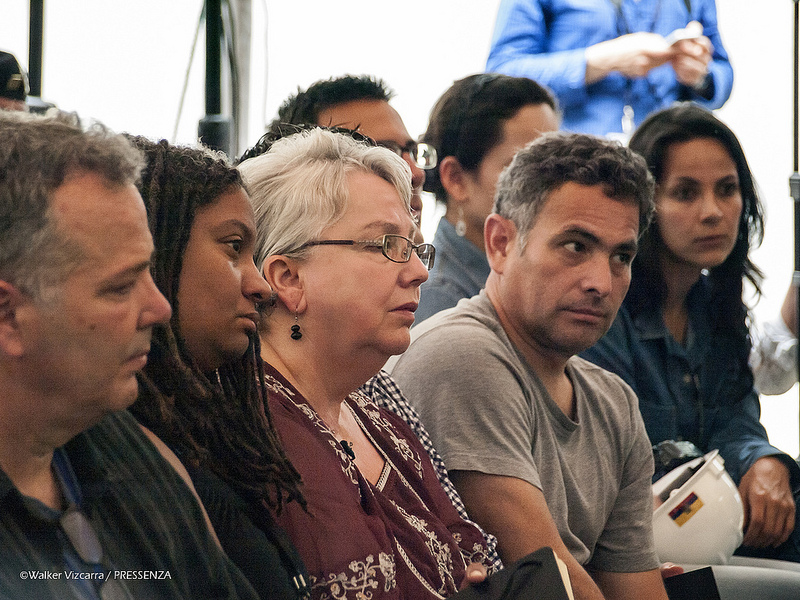 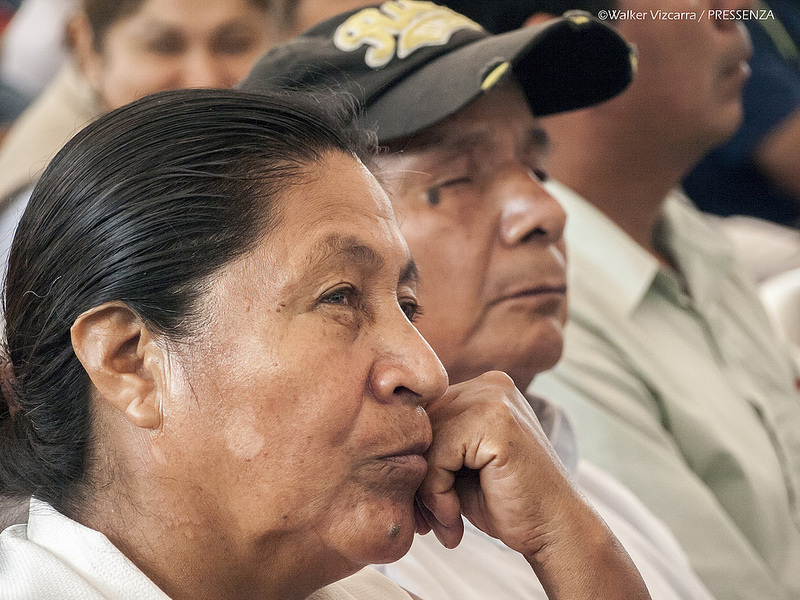 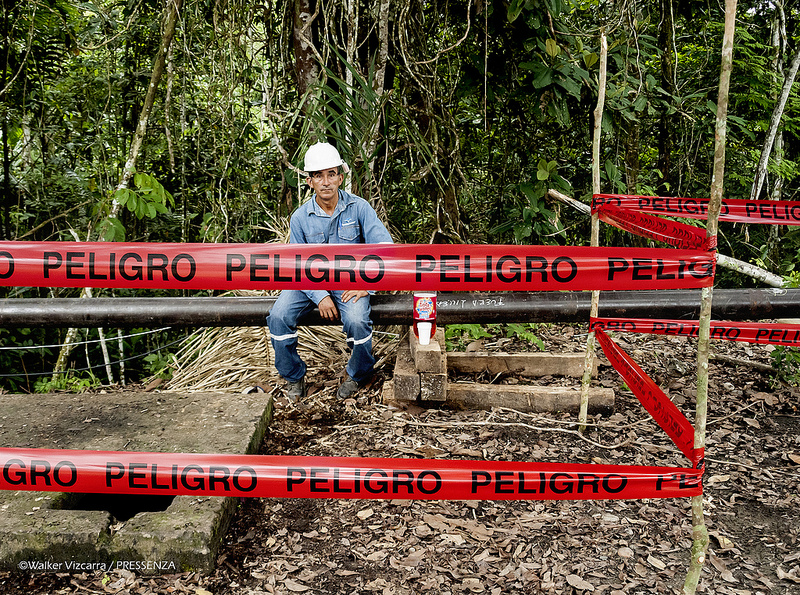 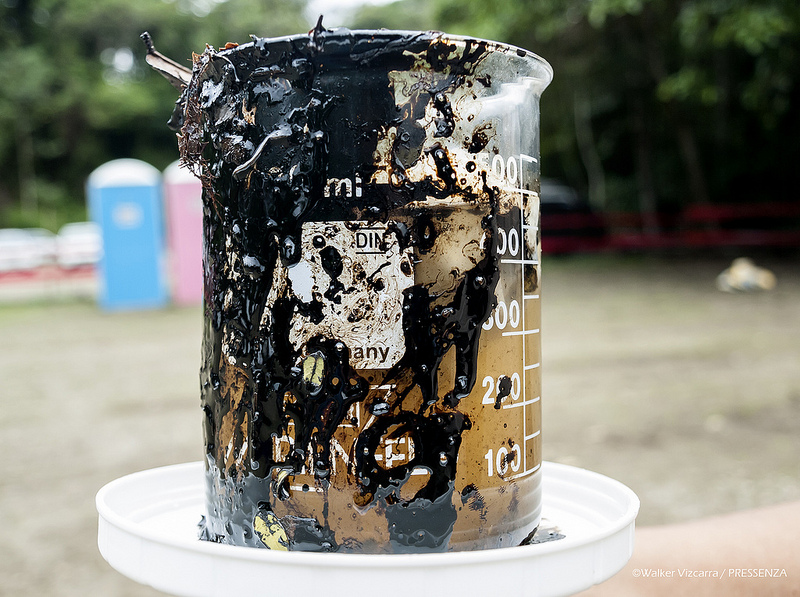 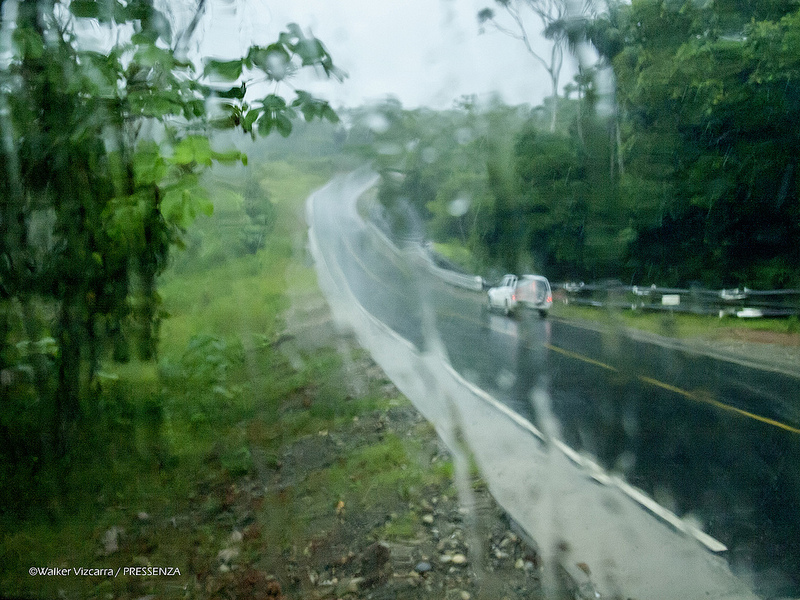