Last November Ivory Coast held the elections that both the president and the opposite candidate (supported by the United Nations) affirm having won, while accusing each other of fraud. The country, divided in two factions, lives submerged in growing violence and is dangerously getting near a humanitarian crisis and civil war. The gunfights and disturbances are growing between the two political faction’s supporters, and innocent victims have been involved, among them the members of Convergence of Cultures Dembélé Lacina, Koné Drissa and Ouédraogo Moumouni.

From Abidjan, Martial Bemoas, spokesman of one of the teams of Convergence of Cultures in the country, states: *“We are saddened and worried over the turn of events in the post-electoral crisis in our country”*.

*”We want to make an appeal to all the national and international community about the violence the people in both factions in conflict are suffering. We demand a stop to the violence and a peaceful solution to the crisis the country is suffering”*.

*”We want to reiterate our commitment with the philosophy of non-violence and our conviction, which makes us consider the human being as the central value and concern”*.

*”We believe it is imperative to exempt the population from an inter-ethnic and inter-religious conflict, which will only make worse the anguish in continuous growth of the people of Ivory Coast”*.

*”We energetically condemn all the appeals of the political actors that try to confront the people and guide them to a civil war”*.

*”We denounce all the inhuman measures adopted by the European Union, which endanger the lives of the inhabitants of Ivory Coast. Among these measures, we want to call attention to the blockade in the ports of Abidjan and San Pedro, which are banned to the ships of the European Union with destination in Ivory Coast. We want to point out that this also refers to pharmaceutical products. We point out that this measure exposes people to a lack of medicine, and therefore, lack of access to hospital care, a fundamental right that can’t be negated by any reason. We also take this opportunity to indicate that this measure has already claimed 33 victims in hospitals”*.

*”In this situation, the members of Convergence of Cultures in Ivory Coast want to make an appeal to all the humanists in the world, inviting them to participate in an informative campaign with the purpose of calling attention to the humanitarian crisis, which is about to appear in Ivory Coast, and to call the attention of the national and international community about the necessity of a peaceful exit to the crisis with measures that do not endanger the lives of people.”*

The world team of Convergence of Cultures, which Martial Bemoas is a member of, laments the absurd, violent and fortuitous death of three of its militants and sends its best wishes of peace in the heart and light in the mind to their family and friends and to all the people of Ivory Coast.

We denounce the silence of the media and the international community about this serious conflict and we invite all the humanists in the world to spread the urgent demand to the search of non-violent solutions. We know it is possible. In Ivory Coast, humanists from both factions coexist and, besides their difference in opinion, act above the conviction that only through dialogue and non-violence it is possible to find a way to solve the situation that the whole population can find acceptable, because *”there will not be progress if it’s not from everyone and to everyone”*.

**World team of Convergence of Cultures** 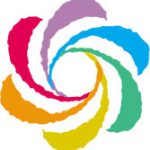