For helping refugees, they are on trial in Greece: a highly controversial trial of 24 sea rescuers begins in Lesbos on Tuesday (January 10, 2023). Amnesty International calls on the Greek authorities to drop the charges.

“If I can be criminalized just for handing out water bottles and a smile, then it can happen to anyone.” These words, quoted in a report by the human rights organization Amnesty International, come from Seán Binder. The 24-year-old German is a trained rescue diver and has saved numerous people from drowning off the Greek island of Lesbos in recent years. Now he is on trial in Greece together with Syrian activist Sarah Mardini and 22 other defendants.

The accusations of the Greek authorities in the trial starting on Tuesday (January 10, 2023) are espionage and forgery; in another investigation Binder and Mardini are targeted by the authorities for alleged smuggling, membership in a criminal organization and money laundering. In total, the two sea rescuers face prison sentences of over 20 years if convicted.

“It’s a travesty that this trial is even taking place,” says Nils Muižnieks, regional director for Europe at Amnesty International. “Sarah and Seán were doing what we should all be doing in their place. Helping people who are at risk of drowning in one of Europe’s deadliest sea lanes and assisting them on shore is not a crime. This trial shows that the Greek authorities are going to extremes to prevent humanitarian aid and discourage migrants and refugees from seeking shelter on the country’s coast.”

This is the case in many European countries, Muižnieks said. Other NGOs, including Sea-Watch, SOS Humanity and Doctors Without Borders, recently confirmed this to ORF.at (ORF: Austrian Broadcasting Company).The criminalization of humanitarian work at the borders of the European Union continues to increase, the tenor said.

The case of Italy also shows this clearly. According to a new decree by the government there, aid organizations must immediately head for the next assigned port after the first rescue operation during a mission, without being allowed to help other boats and people. In addition, refugees are required by the Italian government to announce while still on board the ship whether they want to apply for asylum, and if so, in which country of the European Union. If the civilian helpers violate these regulations, the captains face fines of up to 50,000 euros and the confiscation of their ships by the authorities.

Therefore, the trial, which was supposed to take place in November 2021 and was postponed due to procedural errors, is not only about the defendants themselves, Seán Binder told Amnesty. “Rather, the Greek authorities are using this trial to try to stop compassion for others and prevent people from seeking safety.”

The external border of the European Union is considered the deadliest border in the world. According to the International Organization for Migration (IOM), more than 2,000 people died or went missing in the Mediterranean Sea in 2022 alone; the UN Refugee Agency speaks of 1,940 people who died or went missing. This means that in 2022, on average, one person died every five hours in the Mediterranean Sea. 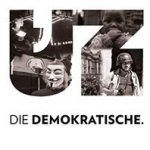