On 21 April, Extinction Rebellion UK (XRUK) will hold a large demonstration outside the Houses of Parliament. Labelled ‘The Big One’, the event has been organised “to demand a fair society and a citizen-led end to the fossil fuel era.”

The demonstration will be the first major action following XRUK’s We Quit statement at the start of this year, in which a significant change in protest tactics was announced. Starting in 2023, XRUK will purportedly “prioritise attendance over arrests and relationships over roadblocks.”

It is hoped that The Big One will showcase this new orientation. Around 10,000 people have so far registered their interest in the event on XRUK’s website. However, the group hopes that the actual attendance figure will be much larger.

It is expected that around 100,000 activists will join the demonstration. This is the required number of signatories needed for a petition to be debated in Parliament. To achieve this feat, the group is relying on support from a variety of other protest movements:

“The countdown to The Big One will involve holding millions of conversations with friends, family, colleagues and strangers, as well as target partner organisations across and beyond the environmental space.”

Such outreach will appeal to the belief that “the climate crisis is connected to all of our social issues.” XRUK is accordingly widening its scope by arguing, for example, that climate change is linked to wider protest areas such as the cost-of-living crisis.

Activists associated with the peace and anti-militarist movements are also expected to attend the protest. XR Peace recently reached out to its international partners in an attempt to generate support.

Should XRUK get this support, The Big One will then amount to their largest-ever protest action. And if this is achieved, it will mark a significant step in the group’s newfound enthusiasm for ‘bridgebuilding.’ 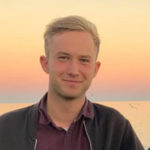