B’tselem published a video on the case of Raed Na’saan, 21, who was killed by Israeli soldiers as he fled the scene of unequal clashes, stones against bullets.

The facts date back to November 29, 2022 during the army raid on the village of Moughir, east of Ramallah.

The army as usual justified the killing by claiming that the boy had thrown a petrol bomb at the soldiers. They lied knowing they were lying.

The investigation by the Israeli organization B’tselem collected videos and testimonies that disprove the lying military’s version. 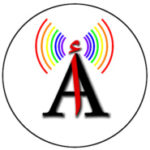