It usually takes hours of driving in a 4X4 before heading out on foot through a dense forest. There, protected under a sea of beech trees from the view of the drones, it is the guerrillas of the PJAK (Party for a Free Life in Kurdistan) who find us.

We are somewhere in the mountains across the border between Iran and Iraq. We cannot give our coordinates, nor can we photograph the guerrilla fighters or any spatial references that may give clues about their location. That’s the deal.

The PJAK is an organization made up mainly of Kurdish men and women from Iran fighting for the democratization of the country through the lines of “democratic confederalism,” a libertarian-left, culturally progressive ideology and political system defined by Abdullah Öcalan. He is the co-founder and leader of the PKK (Kurdistan Workers’ Party) in prison since 1999 and sentenced to life by the Turkish state.

Two women in their thirties invite us to take a seat around a table inside a humble mountain hut. One of them is Zilan Vejin, the co-president of PJAK. We ask her about the most pressing issue: the chain of protests in Iran that are challenging the Shia theocracy in power since 1979.

It was last September 16 when Mahsa Amini , a 22-year-old Iranian Kurdish woman, was beaten to death by the Iranian “morality police” for wearing the Islamic headscarf incorrectly. Since then, thousands of men and women have taken to the streets chanting “Women, Life, Freedom”, a slogan that, Vejin recalls, was coined by her movement during a 2013 meeting.

“The problem of women’s freedom is an issue whose importance was identified, analyzed and defined by our leadership 40 years ago. Today, all the peoples of Iran are facing it,” the guerrilla fighter tells IPS.

Several international organizations such as Amnesty International have denounced the difficulties of ethnic minorities -such as Kurds, Baluch or Arabs- in accessing education, employment or housing.

In addition to socioeconomic discrimination, all women regardless of their ethnicity have seemingly become the target of the theocratic government.

In its latest report on the country, Human Rights Watch denounced the marginalization of half the population in matters such as marriage, divorce, inheritance and child custody. The lack of options for women in situations such as domestic violence or child marriage is also noted by the NGO.

Could this civil uprising put an end to all this? The PJAK co-leader is optimistic.

“This revolt is very different from all those that have occurred in the 43 years that the ayatollahs have spent in power. It started in Kurdistan led by women, and from there it spread throughout the country because it brings together people of all nationalities within Iran,” claims the senior guerrilla fighter.

The hijab, she stresses, is “the excuse for a revolt that calls for freedom and democracy. People don’t just want reforms without seeking to change the current policies, the system and the administration”.

On whether the armed struggle can be one of the means to achieve it, Vejin sticks to the right to “legitimate defense”.

“The armed struggle is only a part of our strength that also includes civil, social and democratic actions. Of course, if the State commits massacres, we will not remain idle,” says the Kurdish woman.

On the Iranian board

PJAK militia women are not the only Kurdish women in Iran ready to take up arms. There are women fighting alongside men in the ranks of the PDKI (Democratic Party of Iranian Kurdistan), while the PAK (Kurdistan Freedom Party) even has an all-female contingent.

The latter’s ultimate goal is the creation of an independent Kurdish state that includes the four parts into which it is currently divided (Turkey, Iran, Iraq and Syria).

Hana Hussein Yazdanpana, the spokesperson for the PAK women’s contingent, spoke to IPS by telephone from an unspecified location in the mountains. Apparently, their bases in the valley have become a recurring target for Iranian missiles. 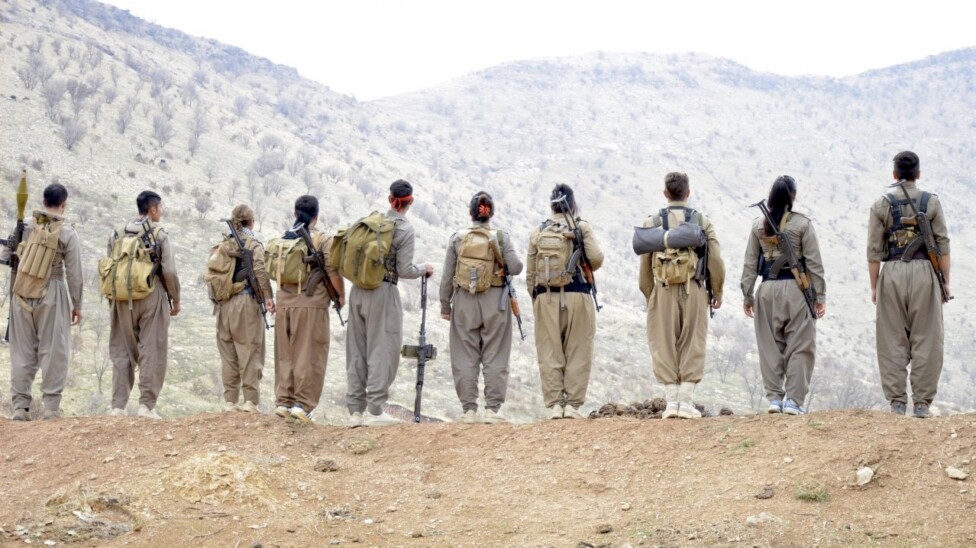 “The last one happened on September 28: we lost ten of ours and 21 were injured. Iran has threatened us with doing it again if we don’t stop supporting the protests and giving shelter to those fleeing the country,” explained Yazdanpana.

According to her, the PAK has 3,000 Peshmerga (“Those who face death,” in Kurdish) fighters. One-third are women who received training from the American and German contingents, among others, included in the international coalition against the Islamic State.

They have also fought Tehran-backed Shiite militias operating on Iraqi soil. As to whether they will take advantage of that experience to fight against the ayatollahs, Yazdanpana was blunt.

“The fight must be peaceful. The protest will only be successful if the free world openly supports the people and takes action against the Islamic Republic.”

Other than in the Kurdish mountains, the guerrillas can also be found on the Internet. On its website, the Komala Party of Iranian Kurdistan defines itself as “a social democratic party that advocates for a free and democratic federal Iran.” 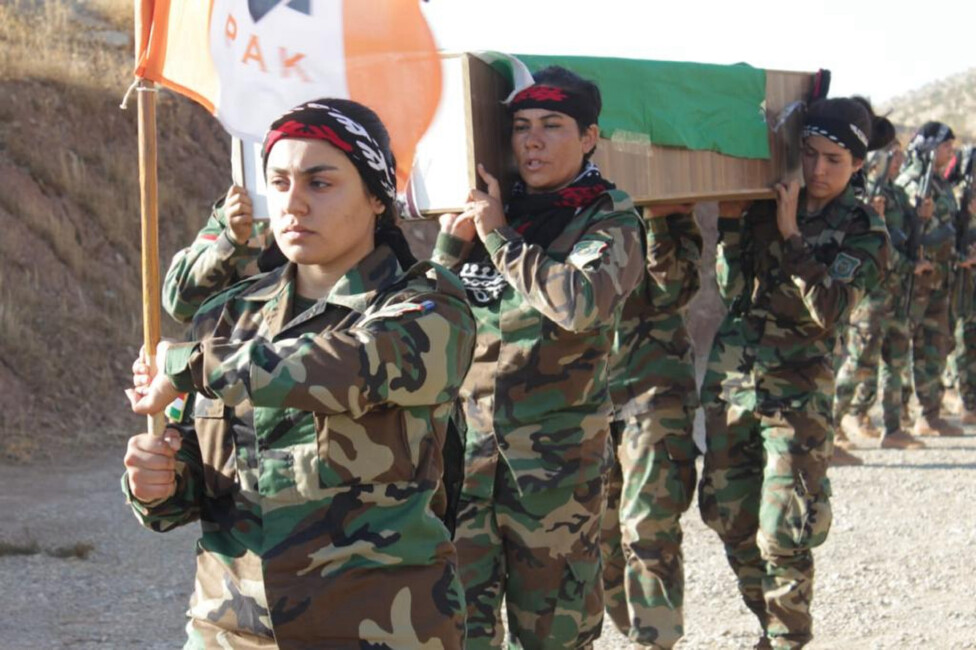 With its bases in the southeastern corner of the Kurdish Autonomous Region of Iraq -very close to the border with Iran- Komala claims to be the first Kurdish organization to ever set up a battalion of women fighters, back in 1982.

“When Komala was founded in 1969 one of its main pillars, besides socialism and Kurdish self-determination, was gender equality,” Zagros Khosravi, a member of its central committee, told IPS over the phone.

He pointed to a contingent of “a few hundred fighters deployed in the mountains,” but insisted that their main strength lies in the “thousands” that can be mobilized inside Iran. “Many of them have been trained in civil resistance tactics,” noted the guerrilla.

One of the most recent milestones, he added, was the creation, together with the PDKI, of a cooperation node between Kurdish-Iranian political parties. “You can see the result in the high level of participation of the Kurdish nation in these protests,” he added.

From the Kurdish Peace Institute, Kamal Chomani, a Kurdish affairs analyst, told IPS over the phone that coordination between the Kurdish-Iranian organizations will be “key” if a potential escalation of violence against the protests leads to an open armed conflict with the regime.

The differences between the different Kurdish-Iranian organizations, he added, respond to the diversity of the Kurdish political arc as a whole.

“Whereas in Syria and Turkey the majority of Kurds subscribe to a leftist, progressive and communalist ideology, in Iran and Iraq we come across a nationalist and traditionalist variable in which tribal keys are also crucial,” explained Chomani.

As to how these actors are deployed on the troubled Iranian chessboard, the expert foresees this scenario:

“The PJAK is the one with the most experience in guerrilla warfare due to its links with the PKK and they have great organizational capacity. The PDKI and Komala have strong roots in Iran because they have been very active politically and militarily since the 1970s, and that will allow them to mobilize fighters within the country.”

Meanwhile, Iranian women continue to take to the streets. According to data from the HRANA news agency -managed by human rights activists-an estimated 300 have been killed since the protests began. The number of detainees now exceeds 13,000.