12 November 2022, Quezon City.  Member and partner groups of the EcoWaste Coalition are seeking a more active role for the Commission on Human Rights (CHR) in the pursuit of the right of every Filipino to be protected against hazardous substances. 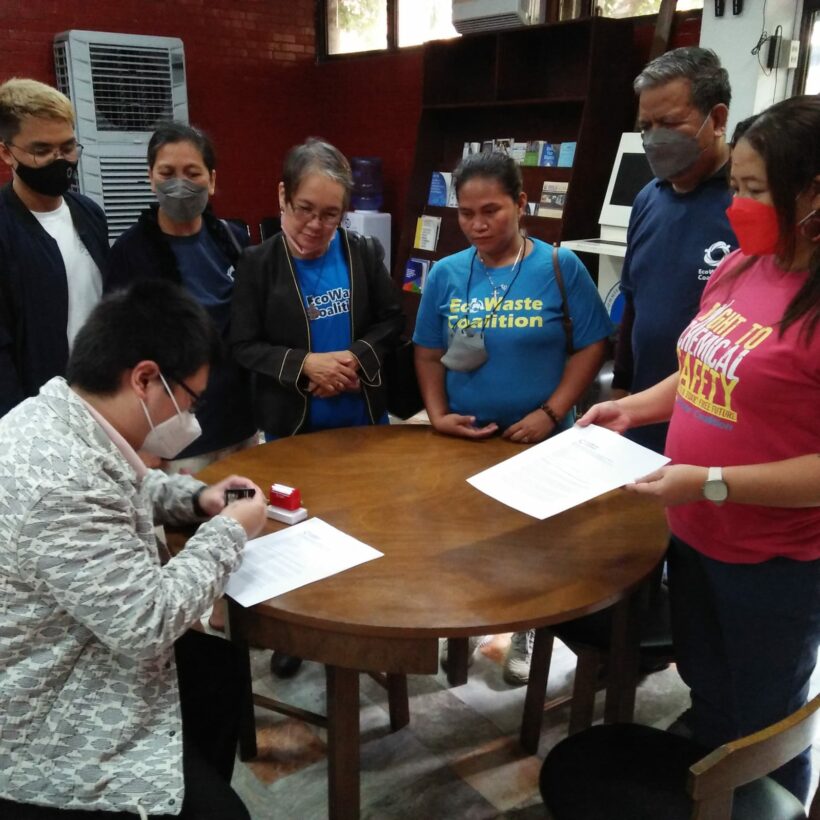 In a letter initiated by the EcoWaste Coalition and endorsed by over 35 diverse organizations from the three islands, Luzon, Visayas and Mindanao, the groups urged the CHR through Chairperson Richard Palpal-latoc to review and update the Human Rights Advisory it issued on November 14, 2014 expounding on “The People’s Right to Chemical Safety: A Fifteen-Point Human Rights Agenda.”

“While recognizing some progress in advancing the people’s right to chemical safety eight years since the said advisory was promulgated, we believe much more needs to be done to protect the people, particularly the vulnerable populations, from the adverse impacts of hazardous substances,” wrote Aileen Lucero, National Coordinator, EcoWaste Coalition.

“We, therefore, urge the CHR to come up with an updated advisory on chemical safety that will reiterate and uphold the people’s right to be protected against hazardous substances in line with the human right to a clean, healthy and sustainable environment,” she said.

The timely issuance of the advisory, she added, can put the spotlight on the need to ensure a non-toxic environment for present and future generations, particularly as countries develop an instrument on plastic pollution addressing the full and toxic life cycle of plastic, and as they elaborate the future framework and arrangements for the Strategic Approach to International Chemicals Management (SAICM).

Signed by then CHR Chairperson Loretta Ann Rosales and three other commissioners, the said advisory called “for health-based and human rights-based policies on chemicals in the Philippines that will guarantee our people’s right to chemical safety, taking into consideration the integrated life cycle approach, the precautionary principle and the public’s right to know and meaningful participation.”

Since it was issued, the government has implemented policies and measures advancing the people’s right to chemical safety, including banning lead in all types of paints (which eventually won the Future Policy Award, special category on lead paint, in 2021); phasing out mercury-added products, including mercury use in dental restorative procedures; prohibiting household pesticides containing chlorpyrifos and dichlorvos; revising the chemical control order (CCO) for mercury and issuing new CCOs for some priority chemicals such as arsenic, cadmium, and hexavalent chromium; and implementing the globally harmonized system of chemical classification and labeling or GHS, the groups noted.

Also, the CHR itself in May 2022 released the unprecedented “National Inquiry on Climate Change Report,” which, as noted by Greenpeace Philippines, “established that climate change affects the full scope of human rights of the Filipino people (including the) rights to life, food, water, sanitation, and health, and collective rights to food security, development, self-determination, preservation of culture, equality, and non-discrimination.”

However, many of the recommended actions in the said Human Rights Advisory have yet to be realized, including the establishment of mandatory and publicly accessible Pollutant Release and Transfer Registers (PRTRs); the adoption of alternative agricultural practices using natural and organic materials and processes; the ratification of the Basel Convention Ban Amendment; and the active promotion of Zero Waste resource management sans polluting technologies.

The groups likewise noted that numerous studies published during the last eight years point to the urgency of addressing toxic chemical components in plastics, which can pose harm to human health and the ecosystems and hinder a shift to a zero waste and toxics-free circular economy.

Some of the “substances of concern” used in the manufacture of plastics include bisphenols and nonylphenols, flame retardants, heavy metals, perfluorinated chemicals,  phthalates and ultra-violet stabilizers that are often undisclosed in product labels, depriving the public of their right to know and make informed decisions. 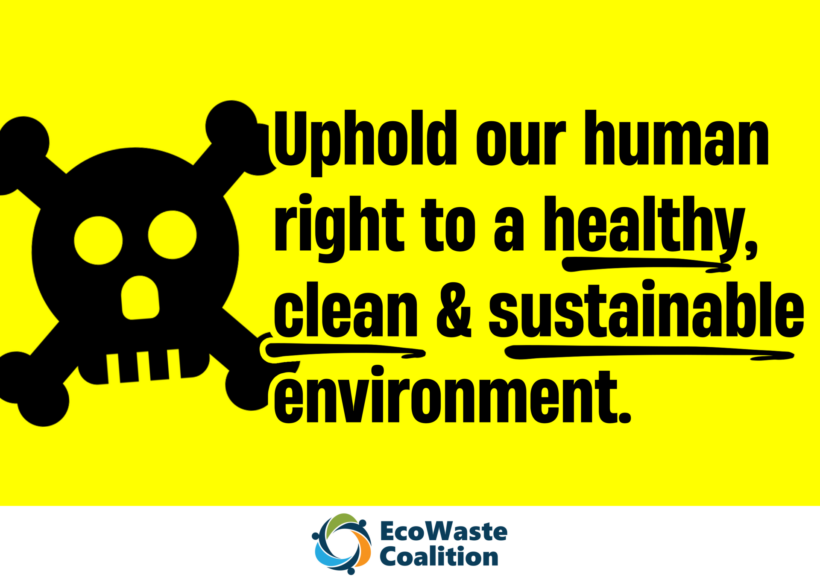