16 November 2022, Quezon City.  In a bid to stop the prohibited sale of cosmetics contaminated with mercury and thus protect human health and the environment, the toxics watchdog group EcoWaste Coalition urged the city authorities to declare a “Mercury Ban in Cosmetics Day” in Quezon City.

“The declaration of a ‘Mercury Ban in Cosmetics Day,’ or its equivalent, will promote continuing awareness and compliance to the unprecedented City Ordinance No. 2767, s.2018 outlawing the manufacture, distribution and sale of skin whitening cosmetics containing mercury, a hazardous chemical banned in cosmetics such as skin lightening creams and soaps,” said Aileen Lucero, National Coordinator, EcoWaste Coalition.

The proposed “Mercury Ban in Cosmetics Day” will commemorate the approval of the said ordinance on November 19, 2018 and can be jointly organized by the City Health Department (CHD) and the Public Affairs and Information Services Office (PAISO), with support from concerned civil society groups and the media, including the new media, the EcoWaste Coalition said.

“While the number of stores selling mercury-added cosmetics has considerably decreased due to the enactment of the ordinance, a few retailers continue to offer FDA-warned cosmetics in clear violation of the law,” Lucero said. 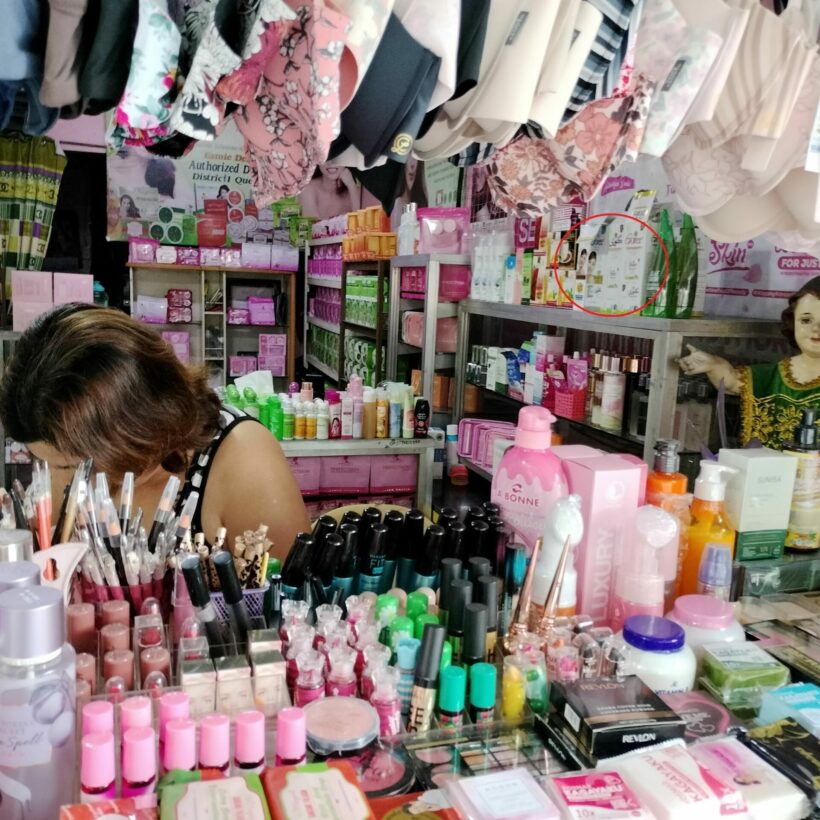 For example, the EcoWaste Coalition found three stores selling FDA-warned Goree beauty creams in the market monitoring it conducted on November 14 and 15, 2022.  Two of these stores are doing business inside the Ever Commonwealth and the Fairview Center Mall, and the other one is located along Tolentino Street not far from Frisco Market.

To show how contaminated these FDA-warned products are, the EcoWaste Coalition purchased a pair of “made in Pakistan” Goree Beauty Cream with Lycopene and Goree Day & Night Beauty Cream for P350 each from the Frisco seller and screened them for mercury using an X-Ray Fluorescence (XRF) device. 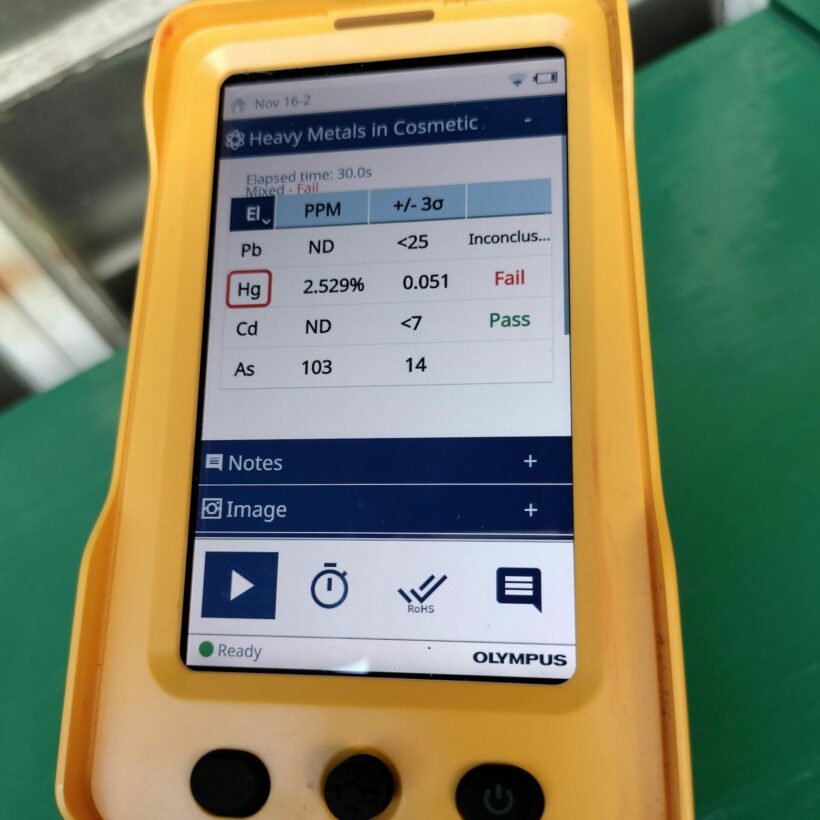 As per the XRF screening, the former was found contaminated with 24,370 parts per million (ppm) of mercury and the latter with 25,290 ppm, way in excess of the 1 ppm limit under the ASEAN Cosmetic Directive and the Minamata Convention on Mercury.

Last August 2022, the EcoWaste Coalition found 10 stores selling Goree and other FDA-warned cosmetics, which prompted the CHD to instruct its Food and Drug Regulation Officers (FDROs) to conduct store inspections.

Enacted by the City Council led by then Vice Mayor Joy Belmonte on October 8, 2018, and approved on November 19, 2018, by then Mayor Herbert Bautista, Ordinance No. 2767, s.2018 was adopted to ensure strict compliance by business and commercial establishments, as well as ‘tiangge,’ street and online vendors, to the regulation prohibiting mercury in cosmetics above 1 ppm.

Introduced by then Councilor Elizabeth Delarmente (mother of incumbent Councilor Dorothy Delarmente) to safeguard public health, the ordinance was triggered by the investigative work of the EcoWaste Coalition that uncovered the illegal sale of mercury-laden anti-aging and whitening cosmetic products in some retail stores in Quezon City.