COP27, the UN climate conference, sputtered to an end last weekend with relatively little to show given the breadth and urgency of the climate crisis. While one significant victory was achieved for campaigners and poorer nations in the form of an agreement on “loss and damage,” diplomats failed to achieve meaningful progress on other key issues.

Loss and damage refers to an arrangement whereby wealthy nations that have historically emitted the most greenhouse gasses and — as a result — are most responsible for the current state of the climate pay into a fund that can be drawn upon by poorer nations that are bearing the brunt of climate change-fuelled natural disasters such as floods, powerful hurricanes, scorching heat, raging wildfires, and more.

Wealthy nations such as the United States had long resisted the calls for a loss and damage fund, fearing immeasurable liability for future catastrophes due to its uncontrolled burning of fossil fuels since the beginning of the Industrial Revolution. This time, pressure from global campaigners, small island nations, and many other countries around the world made it too difficult for the rich nations to continue to stonewall the movement.

The loss and damage achievement was celebrated by many, including Kathy Jetnil-Kijiner, Climate Envoy for the Republic of the Marshall Islands, a country that faces an existential risk due to rising sea levels. On Twitter, she wrote: “This is huge. We deserve to celebrate, and to rest. And then we need to get back to work, and make sure that the #LossandDamage fund has the money and structure it needs to meet the needs of countries like the Marshall Islands.”

Jetnil-Kijiner highlights the fact that, while countries agreed to establish a loss and damage fund, much more work needs to be done to ensure that money is actually deposited into the fund. The Honourable Minister Molwyn Joseph of Antigua and Barbuda, Chair of the Association of Small Island States, said, “The agreements made at COP27 are a win for our entire world. We have shown those who have felt neglected that we hear you, we see you, and we are giving you the respect and care you deserve. Now we must solidify our ties across territories. We must work even harder to hold firm to the 1.5C warming limit, to operationalize the loss and damage fund, and continue to create a world that is safe, fair, and equitable for all.”

Foreshadowing the significant challenges ahead for the success of a loss and damage fund, US Senator John Barrasso (R-Wyoming) said, “Sending U.S. taxpayer dollars to a U.N. sponsored green slush fund is completely misguided. Innovation, not reparations, is key to fighting climate change.”

Other key climate issues did not achieve even this modest level of success. For example, diplomats failed to meaningfully strengthen the international community’s resolve to stick to — and achieve — the Paris goal of limiting warming to 1.5 degrees Celsius. Similarly, many had hoped to see language strengthened around the dedication to phasing out all fossil fuels.

With less than 12 months before COP28 is scheduled to take place in Dubai, there will doubtless be many more tragedies due to climate change. Whether one more year of disasters will be enough to shake international negotiators into taking meaningful action remains to be seen. In the meantime, campaigners will be working tirelessly to continue building social movements that will be impossible to ignore. 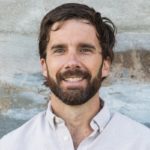