The organisation believes that all states must make binding commitments to reduce emissions.

The Andalusian Human Rights Association (APDHA) is calling for participation in the mobilisations called on the occasion of the COP27 Summit (27th Conference of the Parties to the United Nations Framework Convention on Climate Change), which is being held from 6 to 18 November in Egypt, and which aim to take action against the climate crisis and for climate justice.

For the organisation, in the face of the climate emergency and its challenges, it is up to civil society to mobilise to demand that states and companies take the necessary decisions, given that “the reckless and irresponsible activity of capitalism and humanity itself threatens the survival of our ecosystem. Climate disruptions are increasing, many animal and plant species are disappearing, the risk of famine is increasing. Access to natural resources and raw materials exacerbates conflicts. Water wars are developing. Entire regions will soon be uninhabitable. In addition, climate change is fuelling the migration of those fleeing poverty, war, hunger, political instability and seeking asylum to build their future and that of their families,” the association describes.

APDHA considers that “the fight against the climate crisis and for climate justice is incompatible with authoritarian, extractivist, neo-colonial, xenophobic and racist policies and does not guarantee the rights of all peoples and human communities”, but that this fight implies the promotion of human rights and the protection of their defenders.

On the occasion of COP27, the organisation says that all countries must make binding commitments to reduce polluting emissions and ensure a healthy and favourable environment for all human beings.

“Rich countries, which are primarily responsible for greenhouse gas emissions, have historical responsibilities in the climate crisis. They have an obligation to restore the climate balance by reducing their emissions to zero and providing poorer nations with the financial and technological support needed to deal with the crisis. This obligation cannot be reduced to pretexts that allow them to shirk their responsibilities and continue to subject indigenous communities to the devastating consequences of their avoidance strategies,” he says.

They must also recognise that the debt burden faced by many developing countries is magnified by climate change and must therefore cancel that debt and transfer the funds they have pledged.

The Andalusian Human Rights Association reaffirms in this context its solidarity with all peoples who are victims of conflicts and with peoples who are fighting for social progress, freedom, democracy and peace. 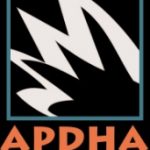