As usual, on 2 October, Madrid (Spain) joined in the celebration of the International Day of Nonviolence. And it did so in Casa de Vacas (El Retiro) during an event in which different organisations working in very diverse fields drew a map of how we can move towards a world of peace and nonviolence.

You can see images and statements in the video that closes this article.

Philippe Moal, initiator of the Observatory of Nonviolence, called for a focus on the many non-violent actions that are carried out every day and will be “united to create a moral force for nonviolence”.

On behalf of Convergence of Cultures, Clara Gómez-Plácito reminded us that history is not only violence, as we have been led to believe, but that we have advanced through the care and solidarity that has always accompanied human beings.

FICNOVA (International Film Festival for Active Nonviolence), which has just presented its awards (stelae), recalled how they have gone from 24 films that were presented in its first edition to the 2,743 that have done so in the 6th edition recently held.

Finally, members of Humanistas por la Renta Básica Universal (Humanists for Universal Basic Income), defended the defence of basic income as a clear way of working for a nonviolent world.

The music could not be missing, and the attendees enjoyed Senegalese music and the voices of the French choir from Provence, PASàPaz, whose repertoire was composed of songs from different parts of the world.

We were able to talk to all of them at the end of the event. 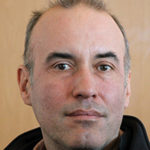