The electoral defeat that has scuppered, for the time being, the very interesting project of a new constitution for Chile has undoubtedly been a great failure. Ideas and new rules of social justice, of coexistence between the genders, between the different territories, between the different Peoples and between us and nature have been postponed. Ideas and rules that – although we do not believe ourselves to be the bearers of the whole truth – we have the profound conviction that one day they will be implemented and will benefit everyone, including, of course, those who voted against them. It is as if we have gone against the evolution of things, against ourselves.

But just as in personal life failure allows us to distinguish the mirages from our reveries, and to identify what is truly important and essential in our lives, renewing our hopes and Meaning, we will at least try to begin to do this at the level of our country, processing the great pain and frustration that some of us are left with after this unexpected end of a stage, after the Revolt that aroused so much hope in us.

Just a couple of points for a joint reflection, which will certainly take some time.

1. Thinking that it was possible that the system, from its institutionalism, could design, offer and respect a process that would radically change it.

Although we are among those who thought that the agreement of 15 November 2009 was the best alternative at the time, those who questioned the agreement from the outset as having been made within four walls, by a political elite that only sought to decompress the situation and dismantle the revolt, seem to have been right.

The fact is that now, after the electoral defeat, it appears clearer that, under the current situation, and focusing only on the rules imposed by this discriminatory and violent system, the radical changes we need will not be possible.

Let’s think that even if Apruebo had won, it was very likely that parliament would not pass the laws that were necessary to actually implement the new constitution.

Equally delusional would be to think that, under the current rules and the current parliament, a constitutional process (if we can even call it that!) that is meaningful and takes on board the clear – and some quite radical – proposals of the Convention can go ahead.

This perhaps does not rule out participating directly or indirectly in the new stage that is opening up, but being aware of its insurmountable limits and the very little relevance it will have for the social change we need.

2. To think that we live in a real democracy, in which people can be properly informed and choose freely.

Democracy necessarily implies that citizens have access to truthful and plural information. Only under these conditions can we choose democratically and freely. I have little doubt that if the people had had, from the beginning, truthful and plural information about what was being discussed and the consensus reached in the Constituent Assembly, the text would have been approved.

The lack of ethics among journalists, their submission to the editorial lines of the owners of the traditional media – all of them right-wing – led them to limit themselves to amplifying the insidious and often lying campaign of those opposed to the changes. It is clear that many, many people went along with these cartwheels and ended up convinced that voting Approval was synonymous with breaking the country and fomenting hatred. Added to this was the crucial impact of social media, skilfully manipulated to impose fear and misinformation on some, and the belief, for others, that everything was going smoothly.

The need to create and/or empower progressive media and good journalism, and to free ourselves from the entanglement of commercial and self-referential virtual networks, has become clear to us.

To make a simile with personal life, where only attention allows us to confront the permanent ramblings, ghosts and illusions of the habitual self, to see beyond and make sense of our lives, I posit that only a truthful, independent and incisive press allows us to express ourselves, and to be heard, in this great public square. Without it, without that social attention, no meaningful change is possible. 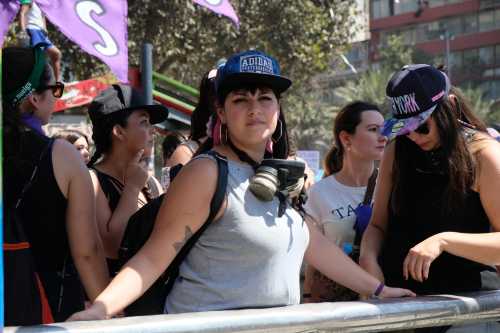 3. Thinking that potatoes only burned in Plaza Dignity and the ex-Congress

The October Revolt was undoubtedly powerful and the demonstrations across the country were huge and cross-cutting. The feeling of collective force, solidarity and certainty of what can be achieved when we confront power in a non-violent way will remain deeply marked in the collective memory and is undoubtedly a before and afterwards in the history of this small and presumptuous country.

But we will have to recognise that we were not able, at least this time, to maintain that spirit, to transform it into actions beyond the direct confrontation and the street catharses in Plaza Dignidad.

Although it would not be fair to forget the valuable and insufficiently known experiences of direct democracy and solidarity that were the hundreds of neighbourhood assemblies and cabildos and those common pots of the pandemic. But many of them, I would dare say most of them, did not last over time, diluted in large part by the usual quarrels and pseudo-political discussions, instead of growing, opening up to other neighbours and other ideas.

Nor are we unaware of the enormous civic exercise that was the elaboration of the constitutional proposal, for the first time made by such a diverse group! How exciting it was to see the young women, the indigenous people, the passionate activists, there, word for word, dreaming and defeating with arguments the stiff-necked gentlemen – or hysterical ladies – who responded in fear of the potential loss of their certainties and privileges!

But there were very few of us who witnessed it. Most only listened to the gentlemen and the lady, the only ones allowed to speak in the public square.

4. Changing the world depends on others.

But perhaps the main belief and illusion that has led us to this failure is the belief that changing the world is not up to you.

Which also translates into believing that today we suffer a practically irreversible defeat in the short and medium term, that it will necessarily take many years – perhaps decades – to reverse the trend, and that the right and its violence will come after us again.

Leaping over that belief is perhaps the most important and real need that we now have to fulfil, in order to stop being dazzled by false desires for total and immediate change, and to move forward.

I will be proposing that we stop being jilted by our love, the Revolt.

Silo’s words come to mind: “You will truly love when you build with a look to the future. And if you remember what was a great love, you will only have to accompany it with soft and silent nostalgia, being grateful for the teaching that has reached your present day”.

Let us accompany ourselves then with this nostalgia, let us be grateful for the experience of the Revolt and let us reflect in profundity on the lessons that this love that is leaving us has left us.

In order to continue loving and building the future.

I will therefore be proposing a Revolt 2.0.

That we regroup and prepare a Front Line, this time with greater capacity, non-violent, capable of confronting repression, revenge and pessimism!

Let’s take the Revolt to all territories, beyond Dignity Square!

To all the squares, to all the corners, including our intimacy!

From there we will find the profound Meaning of the – let me say it – true Revolution, or the Total Revolution, as we used to like to say.

The one that manages to transcend the political conjunctures of the moment and/or fashion, creating – lovingly and without The Nobodies’ permission – the future, now, in our neighbourhoods and in our lives.