We are witnessing the end of the world. Not of the planet Earth, which will continue to revolve around the sun for billions of years, but of the world understood as the condition of life of human beings and especially of the number of individuals, i.e., inhabitants, in which they have reproduced themselves. And in particular of their way of life, shaped by modernity and extended to the whole planet by globalisation (capitalism, if we want to call it that, the capitalism of the 21st century).

All the phenomena through which this end of the world is destined to manifest itself are already largely present: melting of glaciers and polar ice caps, droughts and desertification, floods that do not remedy but aggravate their effects, seepage of the sea into the water table, drying up of aquifers, fires that destroy forests, no longer moderated by the humidity of the soil and plants and the scarcity of water to extinguish them, typhoons and the spread of new diseases that can no longer be controlled. These are all largely irreversible phenomena. Glaciers will continue to melt and not re-form for thousands of years, even if climate-changing gas emissions were to cease tomorrow (which they will not) and the same will be true of the polar ice caps. The aquifers we have plundered will no longer fill, nor will the rivers, which will alternate between periods of drought and floods, flow peacefully again. Summers will become increasingly hot, to the point where larger and larger areas of the planet will become uninhabitable. Winters will be increasingly mild and stingy with the rains we are used to, and fires will be increasingly widespread and violent. The situation we are living in will not last just a few days, or a summer, or a few years, but will be the new normal. On the contrary, it will worsen, with ups and downs, from year to year, pushing more and more of the earth’s inhabitants to leave their countries to seek relief and habitation in some less scorching region.

The first victims of this process will be – and already are – agriculture and food, which, with their consumption of fossil fuels, are already the main source of climate-altering emissions (largely through meat production, which takes up 70 per cent of cultivated land and water use). Eating anything will increasingly be a problem for a growing number of the earth’s inhabitants, but industry and mobility will fare no better. Until (when?) all the energy used is generated from renewable sources, it is by no means certain that those of different origin will be sufficient. Both nuclear power and fossil fuels need water, lots of water, to function. And there is less and less available. In France, many nuclear power plants are shut down not only because of breakdowns and wear and tear, but also because there is no more water to cool them. Many gas and coal-fired power plants in Italy and other countries will stop because the rivers run dry. Without electricity, industry will also come to a halt, even that which can be devoted to the production of renewable energy plants or the renovation of buildings to reduce their energy consumption.

Thus, even if we want to go green, it will become more and more difficult. Let’s not talk about the conversion from combustion to electricity of the car fleet (1.3 billion cars), which is the focus of attention today. Where and how are we going to produce the energy to move it, the rare materials to run it, the ordinary materials to make it if industry is going to have to work in fits and starts? And tourism? What is the point of making the winter with artificial snow to participate in an ugly mess like the Milan-Cortina Olympics? When will it be discovered that travelling to distant lands no longer guarantees a safe return?

What about the military industry? Of course, it is a “priority”. Weapons are the biggest business today, the only one that has been able to cope with the covid without consequences. Their time of reckoning will come too, but not before the rest of the industrial sectors have been affected.

What about the Great Works? Of all those that are about to begin, there will be nothing left but debts to pay. With what? And at whose expense? All these blockages will be reflected in closures, bankruptcies, redundancies, unemployment, loss of income, with no alternatives for employment and production.

Is there anyone among the politicians huddled around the fate of Draghi’s Italian government, starting with its incumbent, who has mentioned even one of these problems while Italy (and the world) around him is in flames? Or any member of the business class? Or any newspaper that has done so in six columns? Or any journalist – some perhaps yes – who found a way to talk about it within pieces dedicated to his own field: politics, economics, sport, fashion, customs, justice, war, etc.?

Never has political debate, “slavish praise” and the “cowardly indignation” of common sense sunk so low: a theatre of the absurd. The only ones who have realised this are the young people of “Friday for the Future” and their comrades. However, this is what we have to talk about in the first place.

And if we were to talk about it, if we were to talk about it, things would surely take a different turn: the environment, the climate, renewables would not be put at the end of a list of 9 points on which to commit the government or to propose in the election campaign. It would finally become clear that, to achieve any of these goals, the climate problem must be tackled head on. And how?

Containing the climate and environmental crisis does not depend on us alone, neither as individuals, nor at territorial or national level; even the EU (which accounts for 10% of global emissions) counts for little. However, each of us, each territory, each nation and each container must strive to do what we can for it to contribute to a global ecological conversion. There is much for everyone to make. But, above all, there is how to do it, which is by no means as clear as the objectives to be pursued, and which differs from country to country, as well as from individual to individual and from company to company.

Adaptation: saving what can be saved and leaving behind the superfluous

It is clear that the central objective of Paris and Glasgow (United Nations Framework Convention on Climate Change, UNFCCC) of +1.5°C above the pre-industrial period will not be met. We must therefore prepare for the least bad. And the least bad is called adaptation. Saving, while there is still time, what is considered salvageable and leaving behind what is least needed. Starting with agriculture and food, which must go back to being ecological, multi-crop, local, with no more intensive livestock farming. Then, with the care of the land, reforesting it as far as possible. And with mobility, abandon forever the idea of having “a mechanical horse” for each person; sustainable mobility means sharing and making the most of all means. And tourism, today the world’s largest industry, if it is still possible, must return to being a holiday of proximity or adventure without comfort. Industry will also have to shrink, and with it both the assault on the Earth’s resources to feed it and the multiplication of services to find an outlet for our consumption. Schools must become centres of education for coexistence open to all, and health care must shift its focus from therapy to prevention.

In this perspective, there will be room for everyone in what will remain of the Earth, both to live on it and to guarantee each person a role, an activity, a way of making themselves useful without giving in to the fetish of employment, which always and only concerns a part of the population. But who has the courage to go down this road? 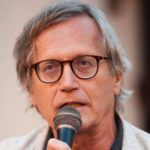