Alaa Abdel Fattah is a prominent Egyptian activist, who is also known as the ‘Voice of a Generation.” Popular for his book ‘You have not yet been Defeated’, he has inspired millions with his prolific writings about political thought and his democratic vision for the Middle East based on ideas of protest and freedom of expression.

Back in 2011, as a leading activist, Abdel Fattah participated in the uprising that brought President Hosni Mubarak’s three decade long rule to an end. He was previously sentenced to five years of imprisonment for violating the new law that banned unauthorised demonstrations in 2014 and was later released in March 2019.

The three men were charged for “spreading false news undermining national security” by the court. Human Rights Watch has raised concerns over the due process violations that have hindered the right of the three men to get a fair trial.

In a petition started by Mona Seif, Alaa Abdel Fattah’s sister at Change.Org, Seif writes, “Alaa has been tortured and held in terrible conditions. For years he was not allowed time out his cell, to know the time of day, access to any information about the outside world at all. For a writer, imprisoned for his ideas, this was a cruel torture.”

Since Abdel Fattah is of British origin, the petition is a call for help from the UK government to bring Alaa home to his family and his ten year old son, Khaled. Seif mentions, “The UK’s then Foreign Secretary, Liz Truss, told parliament on June 27th she was “working to secure his release.” Please join us in asking her and the new Foreign Secretary James Cleverly to work as hard as they can. Alaa has been on hunger strike since April and we are in fear for his life every day.

“There is precedent of dual nationals being freed from Egypt to France, the USA and Canada – so we know that the UK government can bring Alaa home: they just have to know how many people care.”

The link to the petition has been attached below and with “your help, we can get him out, free and writing again soon.” 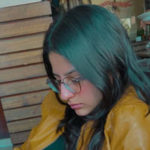 Palkin Lohia
Palkin Lohia is a political science student from Delhi University. She loves writing on social issues that are often deemed disconcerting by the general public. She aims to bring about public discourse and changes through her writing.