A few days ago, I had the opportunity to come across a meme on social networks whose content was the headline of this column: “Protect your daughters, educate your sons” and this call made so much sense to me, as it invites us to reflect on how we are educating our sons and daughters in the family and in the school system.

It is not enough to correct behaviour. It is certainly necessary, but we must understand why such macho behaviour is normalised in our culture and society. Masculinity and consent are two words that, although they are in the dictionary, have been incorporated into everyday language only a few years ago. It has been the feminist movement that, by questioning the hegemonic power of men, a product of patriarchal culture, was able to investigate the causes of violence against women and come to important conclusions and learnings.

Firstly, they established that violence against women is almost exclusively perpetrated by men and in the context of an affective or sexual relationship. Secondly, in such cases, society put and continues to put, with some exceptions, the focus on the victim and not on the perpetrator.

We still see in the media headlines such as: “Crime of passion” or “In a fit of jealousy, man killed his partner”. And it is also common for the media to look into the victim’s life for behaviour that could place the responsibility for the violence to which she has been exposed on her.

Iconic is the case of Fernanda Maciel, who disappeared for more than a year until her body was found. It was said that the young woman had fled with an alleged lover, that she had links with dangerous drug traffickers, that she travelled to Bariloche, Argentina. Nor can we fail to mention the line of argumentation of the defence of the man recently convicted of sexual abuse and rape, Martín Pradenas, in which one of the most outrageous phrases he said about his client: “he is a young university student who looks like a film actor”, meaning that he did not need to rape anyone because women gave themselves to him without question.

Masculinity is not an absolute concept. It is a stereotype determined by the prevailing culture and, in our case, it turns out to be a virile, successful, powerful, seductive man, and readers can add the other adjectives. In the aspiration to be masculine, women’s autonomy is often violated and their dignity degraded, resulting in physical, psychological and/or economic violence.

Masculinity also fails to integrate the concept of consent into its behaviours. It is not that a contract is required to have a sexually affective relationship, but that the new masculinities must assume that explicit consent is always necessary for an encounter of a sexual connotation. Consent is explicit, reciprocal, voluntary, informed, and can be withdrawn at any time.

When one manages to understand and assimilate what hegemonic patriarchal culture means and to know the paths towards new masculinities, one can look at women with new lenses and thus understand and appreciate the success of Las Tesis when they declaim: “And it wasn’t my fault, or where I was, or how I dressed”. 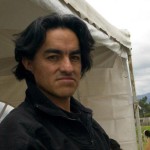