On 15th July, Instituto Escolha published research with a proposal to implement a system capable of certifying the origin of Brazilian gold, thus restraining its illegal trade, which is responsible for a massive threat to the lives of indigenous peoples and environmentalists, and also for the increasing deforestation of the Amazon. According to the institute, between 2015 and 2022, Brazil exported 229 tons of gold with “serious evidence of illegality”, which accounts for almost half of all local production. This is a huge amount, and more so if we consider that 1 kilogram of illegal gold represents R$1,7 million (US$ 327,000) in environmental damage, according to the Federal Public Ministry of Brazil.

The world has been shaken by the assassinations of the journalist Dom Phillips and the indigenist Bruno Pereira. Their deaths are directly linked to the illegal gold mining panorama in Brazil. It is now news around the globe, although this is not actually a new situation—deaths in the Amazon are a constant issue, especially among indigenous people, dating back to the Haximu massacre in 1993, when 16 Yanomamis, including women and children, were murdered by gold miners.

Since then, the situation has deteriorated, especially during the current presidency of Jair Bolsonaro. Funai (National Indian Foundation), the Brazilian governmental agency charged with protecting Amerindian interests and their culture, has been working alongside the government’s shady interests, and not in the interests of the indigenous peoples. The government’s presence in the Amazon region has been cut back, thus allowing gold miners to take over. Bolsonaro is also responsible for Bill 191, which seeks to permit mining on indigenous land without their consent, which could be devastating to the Amazon and indigenous people’s lives. Kora Kanamari, a leader from the Javari Valley, said in an open letter that, thanks to Bolsonaro, “from the North to the South of Brazil, cruelty is increasing, it has grown”. 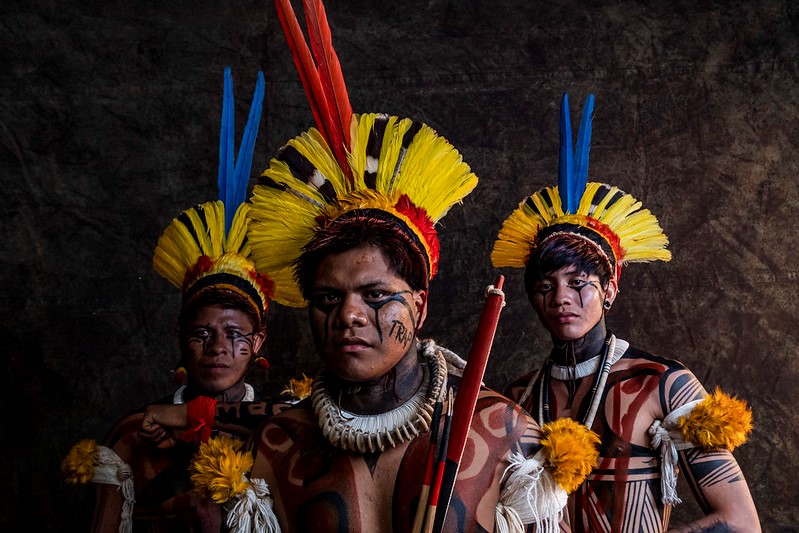 at the “Acampamento Terra Livre”, a protest against Bill 191, which seeks to open indigenous land to mining. More than eight thousand indigenous people were present from two hundred different groups. Photo by Alice Aedy/EarthRise, published by MidiaNINJA.

The problem with today’s model of tracking the origin of gold is that it relies upon an outdated principle: the presumption of good faith. This is how it works: wildcat gold miners need to sell their gold to institutions authorized by the Central Bank. In order to carry out this type of transaction, when selling, the only thing they must do is fill out a form with their personal details and with the place from where the gold was extracted. These pieces of information are not checked and proof is not required—thus rendering falsification really easy—since they rely on the principle of good faith.

Aside from this outdated principle, transactions using paper also add to the problem, and that’s what Instituto Escolha is looking forward to changing. The institute is a non-profit civil organization that aims to raise awareness on sustainability by supporting data-driven sustainable development solutions.  Their research is part of a proposal (Bill 836/2021) sent to the Senate, which aims to “set out a legal framework for tracing gold at all points of the supply chain”. Their goal is to use blockchain technology and molecular tags in order to trace and monitor Brazilian gold. This system uses the Distributed Ledger Technology, which works as a database in which the information inserted is registered in the blockchain. The molecular tags work as if they were a tracking number for the gold nugget. Besides that, the full digitalization of all processes and documents related to gold mining are necessary.

But to implement these changes, political will is essential, which will only be possible with pressure from society. Furthermore, Brazil needs to abandon the legal framework that makes it easy for wildcat miners to launder their illegal gold.

But most importantly, Brazil must listen to what indigenous people are saying. We must support their struggles, and raise their voices. Davi Kopenawa, a Yanomami shaman, has been working tirelessly to denounce the invasion of their land. During a session of the UN Human Rights Council, he declared:

“They [the white people] destroyed our trails, harmed our rivers, poisoned our fish, burned our trees and the animals we hunt. They also kill us with their diseases […] My people have the right to live peacefully and in good health, because we live in our lands. In the forest, we are at home!”

The necessary technology to trace the origins of Brazilian gold exists, the only thing lacking is its implementation. 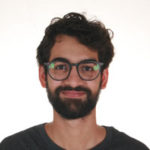 Edmundo Dantez
Post-graduate student in Translation, volunteer translator for Pressenza International Press Agency, from English to Portuguese (BR), with a BA in International Relations. Having grown up in a rural area, I've always been interested in ecological practices that are connected with people’s struggles.