By Marcos Felipe for Ninja’s collaborative coverage of the People’s Summit.

In the face of the exclusionary character of the IX Summit of the Americas organised by the United States, mainly by excluding the participation of Cuba, Nicaragua and Venezuela, the People’s Summit aims to be the voice of Latin America and of those directly affected by neoliberal capitalism and US imperialism. The People’s Summit will focus on issues of migration, immigration and human rights, as well as denouncing the neoliberal agenda of the US in Latin America and the Caribbean, the high rate of homelessness in the US, police violence against black people and the disastrous actions of the US government in the face of Covid-19.

Addressing world leaders gathered in Los Angeles for the 9th Summit of the Americas, the People’s Summit began with a demonstration on Migration and Human Rights for the Americas. The protest took place in downtown Los Angeles, with the participation of numerous organisations such as ANSWER Coalition, CHIRLA, Mídia Ninja, SEIU 721, BAJI, AJLA, SALVA, PWC and International Peoples Assembly. Maria Galvan, coordinator of the Coalition for Humane Immigrant Rights of Los Angeles, denounced that the Summit of the Americas does not bring issues that matter to the people, such as migration and the legalisation of housing for all. 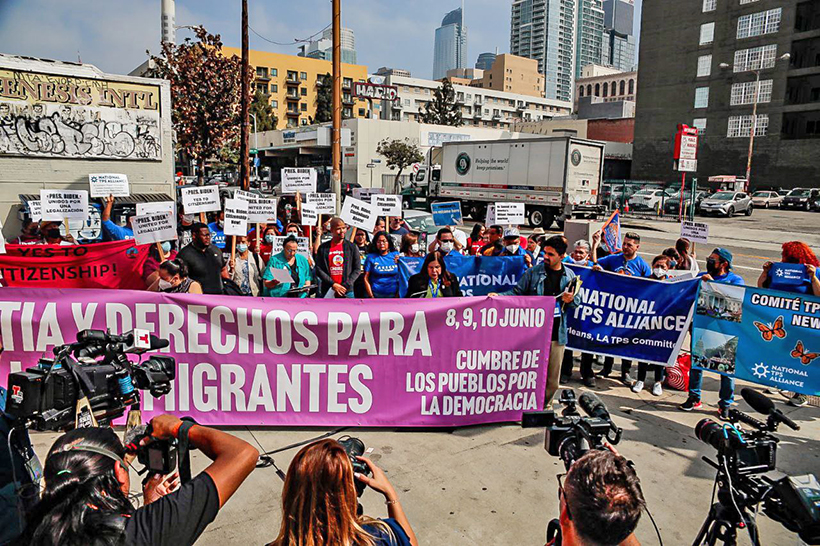 In front of the Los Angeles City Hall, at the Meeting of Solidarity with the Indigenous Peoples of the Amazon, the indigenous leader Toya Manchinery highlighted the contradiction of Bolsonaro’s participation in the Summit of the Americas to address the issue of the Amazon rainforest. The leader, who is coordinator of COICA (Coordination of Indigenous Organisations of the Amazon Basin), highlighted how Bolsonaro’s policies are destroying the Amazon and attacking countless indigenous peoples. In his speech, Toya spoke of the union of indigenous peoples and the whole world to share resources and democracy, and denounced that a country is not democratic if there are people living on the streets and hungry. 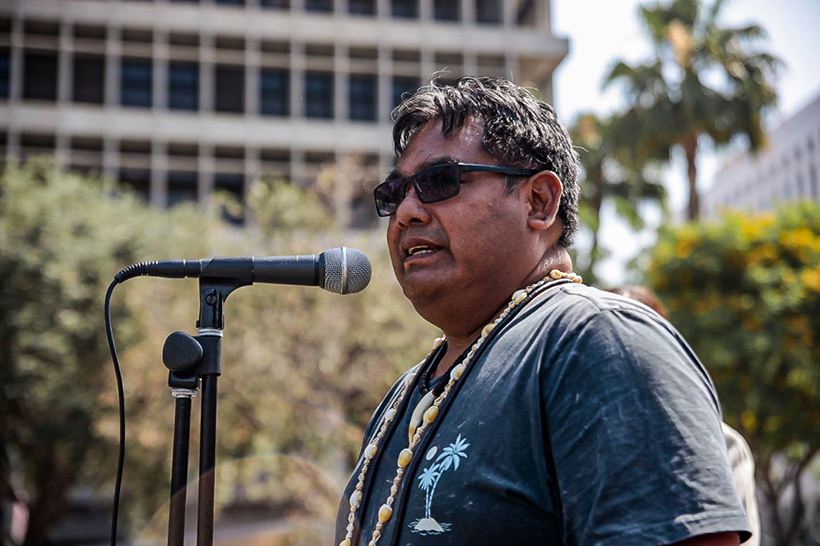 The programme of debates at the Peoples’ Summit began with the theme “Democracy for whom? The consequences of US intervention in America”. It was opened by Manolo dos Santos, coordinator of the Peoples’ Forum and member of the Articulated Commission of the International Peoples’ Assembly, and also by Andrónico Rodríguez Ledezma, Bolivian political scientist and president of the Bolivian Chamber of Senators.

The first session of the panel discussed how the political agreements of the Organisation of American States (OAS) act to favour the interests of the rich and facilitate US intervention in Latin America. Political leaders questioned the impact of the US on democratic processes and the lives of thousands of people in Latin America. The event was attended by people from various countries of the American continent. Cuban journalist Cristina Escobar took part in the panel and stated that the actions of the US in her country are indescribable, being aggravated in the Trump administration and maintained by the Biden administration. Cristina reiterated in her speech the need for sovereignty of Cubans to decide their own destiny, not according to Washington’s interests. Gail Walker, executive director of Pastors for Peace, also emphasised Cuban autonomy: “As people we do not want the United States to control what democracy means. The truth is that Cuba lights the way”. In addition to Cristina, Alina Duarte, Fidelina Mena Corrales, Gail Walker and Xochitl Sánchez, from other countries in the Americas, were present on the panel. 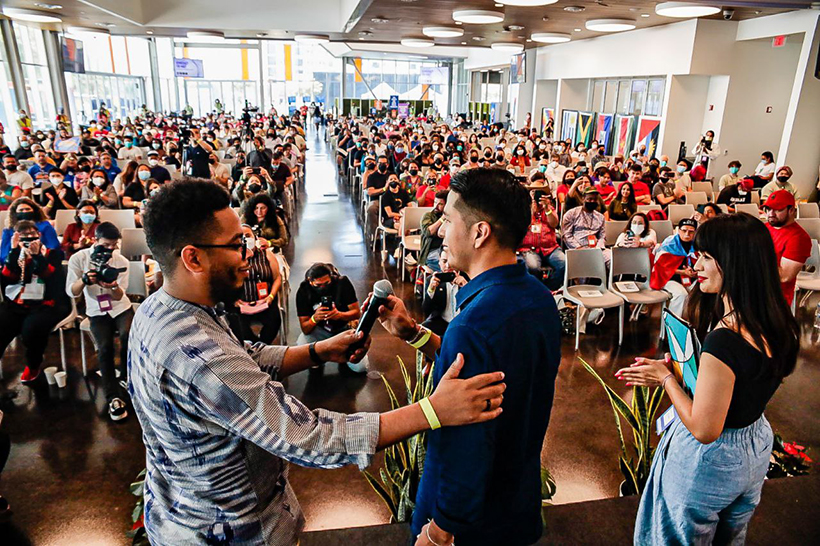 The second panel of the Summit dealt with the internationalism of the peoples, under the theme “Solidarity across borders: the construction of an internationalism of the peoples”. The panel brought together discussions from different organisations from around the world. They shared the perspectives of their struggles, looking for ways to build solidarity with unity and across differences. The panel focused on examples of resistance to US imperialism. Participants included: Dr. Rabab Abdulhadi, David Adler, Angelica Salas, Leonardo Luna, Izett Samá Hernández, Rev. Karlene Griffiths Sekou and Claudia de la Cruz. Claudia de la Cruz (Peoples Forum NYC), noted in her speech: “We do not defend what we do not know and we do not live and die for what we do not love. One of the aspects of solidarity, of internationalism, is to love our class. To love the poor and the working-class people all over the world”. 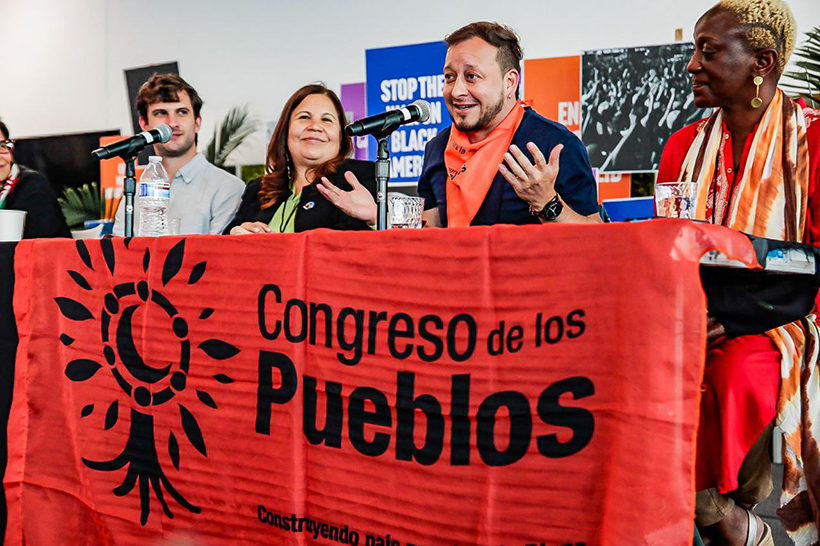 The third panel brought reflections and denunciations of the US blockade of Cuba, with proposals from young leaders of social movements. It was pointed out that the US economic blockade prevents the Cuban population from obtaining fundamental resources for their lives and well-being, and restricts the people of the United States from consuming the benefits of Cuban health, culture, economy and art, especially the production of Cuban youth, who fight for solidarity and not for profit and exploitation. Participants suggested alternatives to end the blockade and build solidarity among peoples. The panelists also compared the different ways in which the US and Cuba manage their policies and their people. Present on the panel were: Ashley Elias, Danaka Katovich and Deja Gaston. 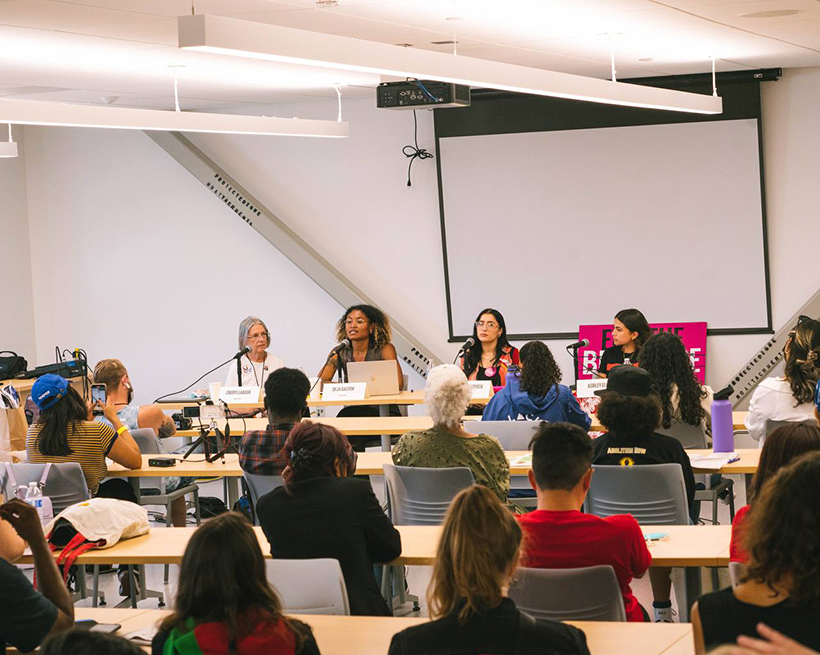 The fourth panel addressed health as a human right around the globe, under the title “People over profit: health as a human right around the world”. The Covid-19 pandemic made clear the extent to which profits are worth more than human lives, especially in the United States, where more than a million people died and many could not afford treatment. The speakers discussed how social struggles and solidarity can confront the privatisation of health care and promote public health for all. The speakers were: Dr. Ana Malinow, Dr. Bita Amani, Tynetta Hill-Muhammad, Carlos Marroquin, Bill McKibben, Dr. Tania Crombet Ramos and Sameena Rahman.

Two workshops were also held on the first day. The first, which dealt with youth political organising strategies, discussed how to share political campaigns and actions. The workshop promoted examples of social media advocacy and virtual connections to bring organisations from around the world closer together. The second workshop addressed the struggle of Temporary Protected Status (TPS) subjects, explaining how it works and which countries are beneficiaries. The workshop was organised by the National TPS Alliance. It addressed the issue of TPS under Trump and the current push in the White House and Congress for TPS beneficiaries to have permanent visas.

In addition to panels and workshops with leaders and specialists, the People’s Summit organised spaces for dialogue and exchange on various topics. On 8 June, the labour situation and its challenges in the contemporary world were discussed, as well as the different forms of organisation and strategies to face these challenges, based on community and inclusive articulations. The session “Labour Exchange” discussed privatisation and the discrepancy between labour laws and wage injustice. Another topic discussed in the sectoral exchange area was the issue of abolition of prisons and police. Siwatu-Salama Ra from Grassroots Global Justice Alliance and Freedom Team told a powerful story about her experience in prison, addressing how change is possible through the practice of the concepts of feminism and abolition. 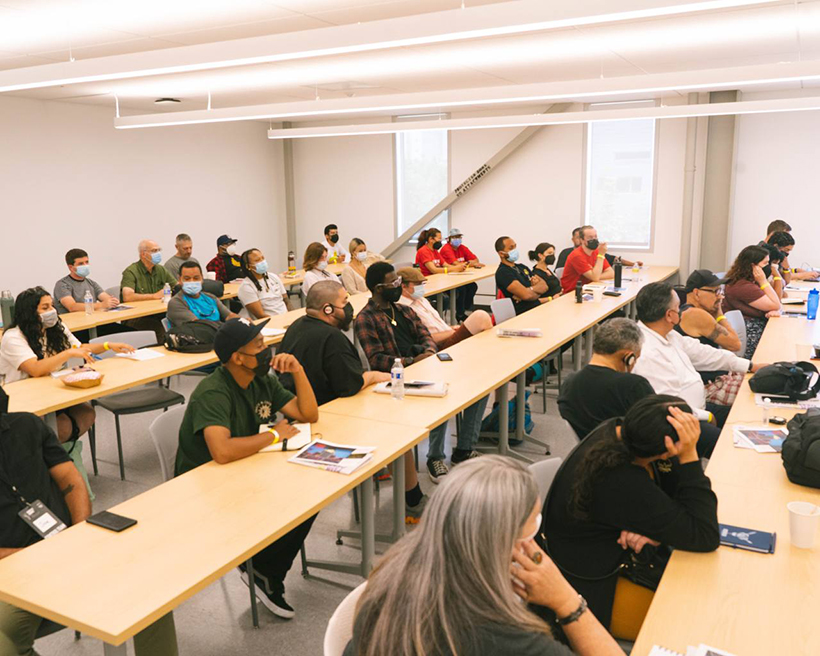 At the end of the first day of the People’s Summit, a plenary session was held on the struggle for democracy. The main point of the session was to question how the United States can defend democracy in others if it uses its force and power to prevent the building of real grassroots democracy in Latin America and the Caribbean. In the same plenary, perspectives of movements and organisations that really fight for the expansion of democracy, for the interests of the majority, the poor and the workers, instead of the rich and the elites, were discussed. Participants in the plenary session were: Tina Orduno Calderón, Kosmik Force, Dr. Melinda Abdullah, Pablo Alvarado, Phillip Agnew and Citlalli Hernández.