The pirouette of life: increasing consumerism even if thousands of people have to die on the road to “progress”.

From time to time in Argentina, cultural (visual) phenomena are produced which, due to their massive media characteristics, have the capacity to announce major, almost uncontainable, social unrest, which is approaching stealthily, apparently imperceptible: Diego Maradona appearing in an interview wearing a white fur coat, Carlos Saúl Menem announcing in public the creation of spaceships capable of reaching the stratosphere, the media and the Argentine national army announcing “We are winning” in reference to the “Malvinas War”, the celebration of a world football title in 1978, while on the same social stage the same army and the same media were disappearing people en masse. An environment minister disguised as a plant, an artificial beach (in Buenos Aires) that has no water with sand brought in by truck, a former minister of public works “hiding” five bags with 9 million pesos in a convent. A pibe cumbiero (L-Gante) travelling in his personal limousine (written with aerosol spray paint with the sign: “La Mafilia”) to the funeral of another pibe cumbiero (El Noba) who killed himself performing “un willy” on a motorbike. 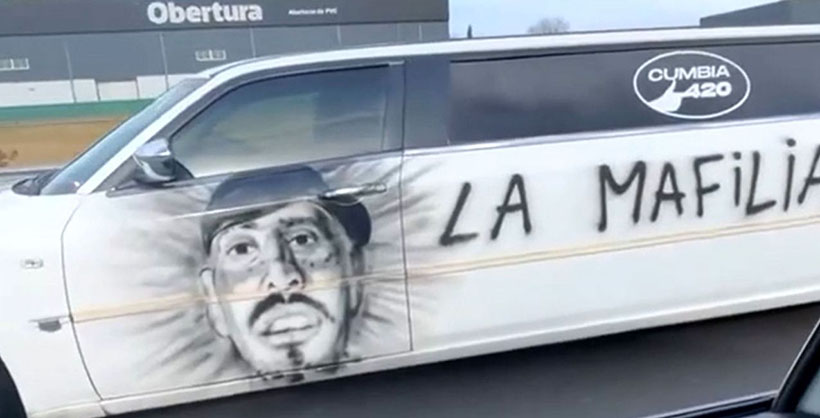 From time to time, Argentina as a country produces a series of media images capable of showing the obscene excess, the over-the-top performance and the famous “empache” – in some cases cynical, in others criminal – that we charge as citizens (at least the one we aspire to).

Why do we aspire to be “empachados”, wrapped up in excesses and unnecessary, selfish, unhealthy luxuries that can even lead us to end up dead, in jail or in a hospital? Why do we aspire to be some kind of South American Vikings? Do these practices respond to consumerism or to the colonial processes that have been imposed on us? Is it the result of both processes?

In Argentina there are currently two programmes managed and developed by the National State aimed at providing access to motorbikes and vehicles: Plan “Mí Moto” and Plan Gobierno Autos 2022″. The objective: to boost domestic consumption. However, in the same country, the official sponsor of the Argentine national team is a company that provides alcohol: Schneider beer. Why in Argentina, knowing that football is a sport and a highly socially accepted cultural activity and that there are, in turn, high rates of deaths resulting from “traffic accidents” due to alcohol consumption, is an alcoholic beverage placed as the official sponsor of the national team? Because what prevails (or should prevail) is consumption. What are the consequences of these state policies? Firstly, dozens of deaths on Argentinean roads and urban streets as a result, on the one hand, of alcohol consumption, but also, on the other hand, of excessive, obscene (in economic terms), ill-considered and selfish acts, which are far removed from community life. Secondly, as a second consequence, dynamiting the territory (literally) for the extraction of energy and minerals, with the respective parallel consequences that these “productive activities” produce.


Does everyone in Argentina really need to own a car or a motorbike? Is it necessary for each family to own two or three cars? Is it necessary for each member of a family to own a moped? How many mountains must be dynamited and rivers polluted to sustain this state and economic policy aimed at producing more consumption – to generate more money to pay debts that will allow more credits to be taken out to produce more consumption that will allow more money to generate new debts?

Recently, during the month of April, the President of the Nation, Alberto Fernandez, acknowledged in the Nissan plant in the province of Cordoba, that:

“This year (2022) Argentina is going to produce twice as many units as were produced in 2019. This gives an indication of the industry’s recovery. And what’s more, a large part of that production is being exported, which is a growing export! And that also fills us with joy because it makes Argentine cars competitive in the world. And that also allows us to bring in dollars, which we need so much for production to be sustained.

More consumption at any cost, whoever falls, whoever pollutes. A vicious and harmful circle that produces death, pain and disease. Never wellbeing. There is never happiness. At least not permanent happiness.

Everything can be a “sacrifice zone”. A person, a river or a hill. The important thing is that consumption prevails.

Entire cities built of cement and plastic. With polluted rivers and reduced natural spaces. Living in unbearable overcrowding, breathing unbreathable air. The future. Progress. The “access to more rights and more possibilities” as Argentina’s political representatives and opinion leaders like to say.

“El Noba” was not wearing a helmet when he “hit the stick”. It was not the first time he had done so. And there was (and still is) a “cultural movement” around him that responds to the same behaviour. Not long ago, to give another example, in the city of Neuquén, a young couple killed themselves in the same way on a main avenue, in full view of many people: friends and acquaintances. The moment of the “accident” was recorded. The video went viral. Do you think that this event is problematised as an uncontrollable cultural phenomenon – which has gotten out of hand – in terms of communication and education? Do you think that the provincial (MPN) and/or national (FpV) state intervened to respond to the consequences of this form of violent and problematic consumerism? No. On the contrary. Two new plans were created to consume more and to have less consciousness of oneself, of those next to me and of the people who are left behind when I hit myself or hurt others. In fact, in Neuquén, a few days ago, a branch selling Royal Enfield motorbikes was opened – so that more kids can kill themselves, in less time, but on luxury motorbikes.


I always ask myself the same question: how can you create community in a country that doesn’t know who it is? In this sense, I don’t expect (for the moment) that a young person like L-Gante or El Noba will one day speak Guarani, Kechua, Aymara or Mapudungun (it is the right thing to do), but undoubtedly speaking the language they speak (often intelligible) added to the politics of global and national consumption, distances them from their true identity, personality; it distances them from their true principles of life. They are a product of capitalism and develop an identity that they cannot even pronounce in public. Colonialism and capitalism operating in the same social, age, cultural group.

Of course, make no mistake: the mafiosi are not the kids who kill themselves doing stunts, the mafiosi are the ones who invent stunts to increase the consumption of these kids.

The mafiosos are the ones who get up every day – and go to bed every night – thinking about how they can do, as if they were a dealer or a pastor, to convince the kids and their supposed followers to accept more dollars, asses and fierce weapons. On the other hand, the kids spend many hours of their lives putting things into their bodies and their heads, trying to silence those voices that only talk to them about dollars, asses and iron. These voices never speak to them about who they really are and what their true function in the world is (devoid of consumer goods and unnecessary excesses). These children never hear the words of the mother tongues that saw their ancestors give birth to them. The path of this discursive and oppressive pirouette is evident. No one can be safe. Neither the one who drives the motorbike at full speed, nor the one who rides as a passenger, much less those who look on expectantly, whether they are direct witnesses or users of social networks. This is the real mass crime committed every day by the mafiosi who invent (discursive) tricks to make people consume more, in excess, until they even forget who they really are and what their true language, philosophy of the world and personal and collective spirituality is, always related to the natural elements that surround them (when they can see them and have not been replaced by a building or a shopping mall).

The death of “El Noba” and the limousine of “L-Gante! travelling to his funeral with the sign “la mafilia” written in spray paint, is not an isolated phenomenon of an age and cultural group, detached from the rest of society. These two scenes do not speak of a specific tragic present. They are the brutal – and often unintelligible – result of a borderless, extensive and all-encompassing process that moves in a world as lively and tempting as a McDonald’s open at three o’clock in the morning.

The temptation is death. The tempters are the criminals. 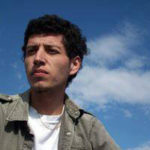