The internal European borders of yesterday and today are the new focus of the Caravana Abriendo Fronteras network, which will be travelling on several buses from the Pyrenees to the Alps between 15 and 24 July.

The seventh edition of the caravan, made up of people and groups that defend the rights of migrants and refugees, will meet in Irun on Friday 15 in the afternoon and will set off towards the Alps to finish in Barcelona on Sunday 24.

In one year, five people have drowned in the Bidasoa, another committed suicide in Irun and three more have been run over by a train on the French side. “On their way to France, they once again came up against a deadly border despite the Schengen area agreements, which allow the free movement of people”. The controls take place one after the other at the Santiago bridge, which links Irun and Hendaye. This is where the Caravana Pirineos Alpes 2022 begins its journey.

During the route it will visit places of memory such as the Gurs concentration camp, next to Oloron, a refugee camp built in 1939 in which more than 5,000 Republicans, mostly of Basque origin, were interned and which, from 1940 onwards, became a concentration camp for more than 14,000 Jewish people, who ended up gassed in Auschwitz and Birkenau. 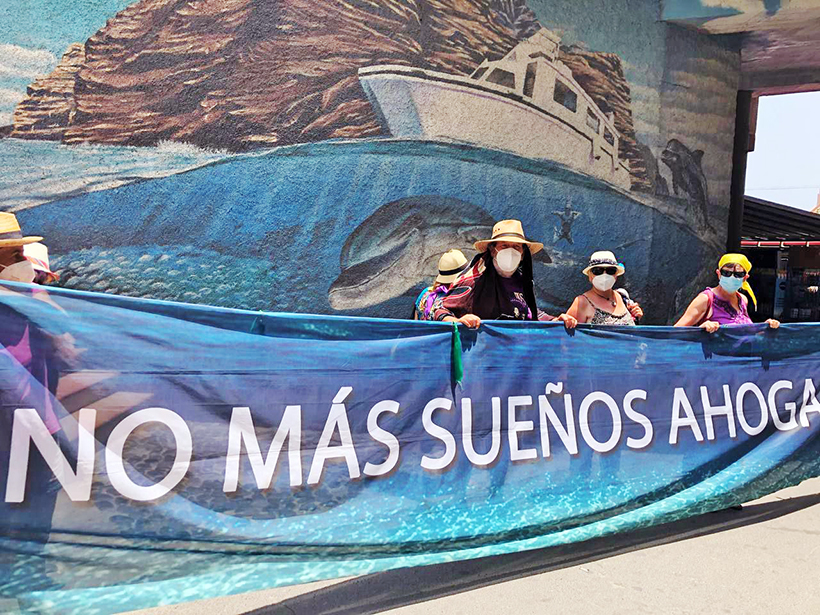 In Bielsa, Huesca, they plan to carry out a tribute to the Republican exile and visits to the Museum of La Bolsa. They will also stop at the memorials of the Argelès and Rivesaltes concentration camps in south-eastern France.

The Elna Maternity Hospital will be another point of interest on the tour. Founded in 1939 by a Swiss nurse, it helped 597 babies born to refugee mothers from the Spanish Civil War who were interned in concentration camps in south-eastern France, and also to Jewish women persecuted by the Nazis.

On its way through the French-Italian border in the Alps, the Caravan will stop at places such as the Massi and Claviere refuges. “Snow and orography on the one hand, and xenophobic activists on the other, make this a particularly dangerous migration route,” they say. On 7 May 2018, Blessin Matthew, a 20-year-old Nigerian woman, drowned in the Durance River while being chased by police. Her family and activists are still calling for justice today.

The caravan is joined by the French organisation Tous Migrants, as well as the usual companions of the Italian organisation Carovane Migranti and the witnesses who travel with them.

During the nine days of the caravan, they will carry out actions of denunciation, such as a demonstration in Turin in front of a detention centre for migrants, and they will hold meetings, “some internal, and others with local groups, such as the No Tav movement in the Susa Valley”, they explain.

Barcelona will be the city that welcomes the Caravan at the end of the journey with a meeting and a collective dinner organised by migrant women’s groups.

The deadline for registration to participate in the Caravan is 30 June. 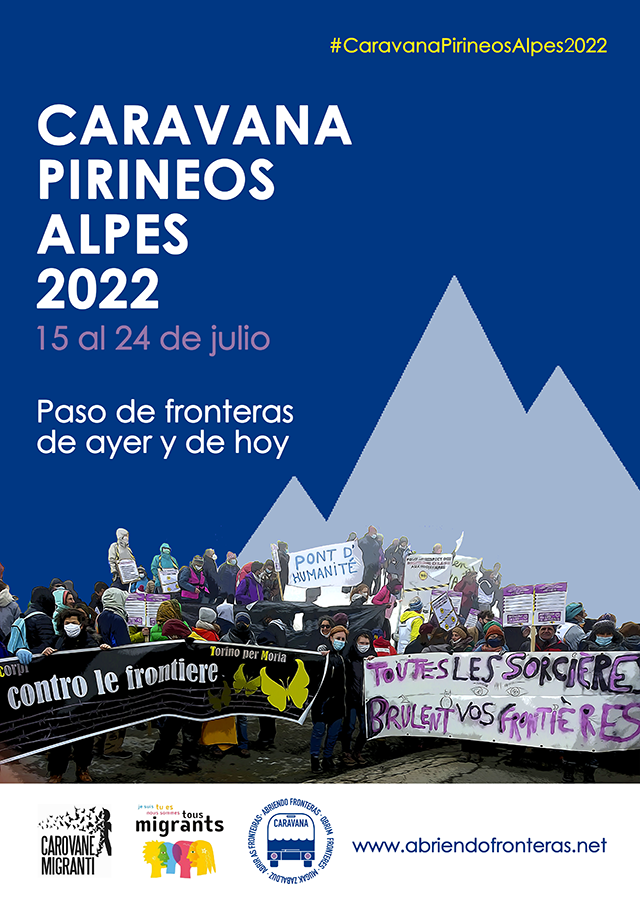