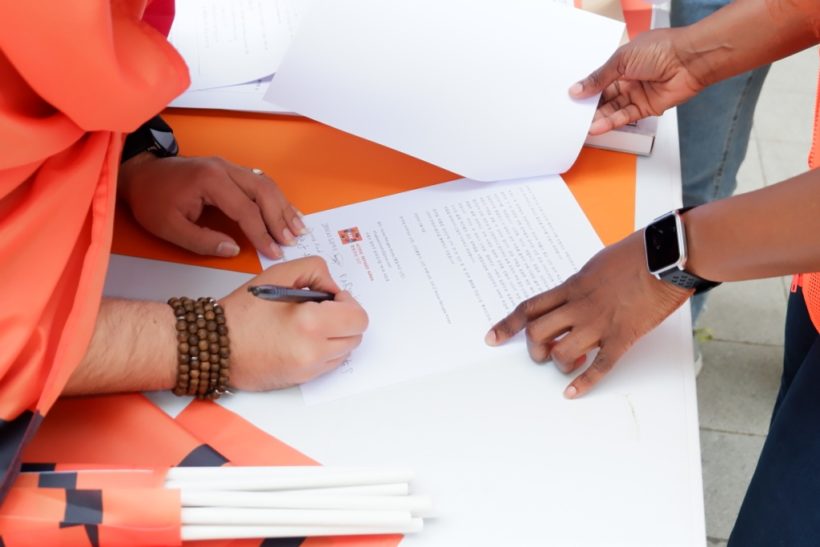 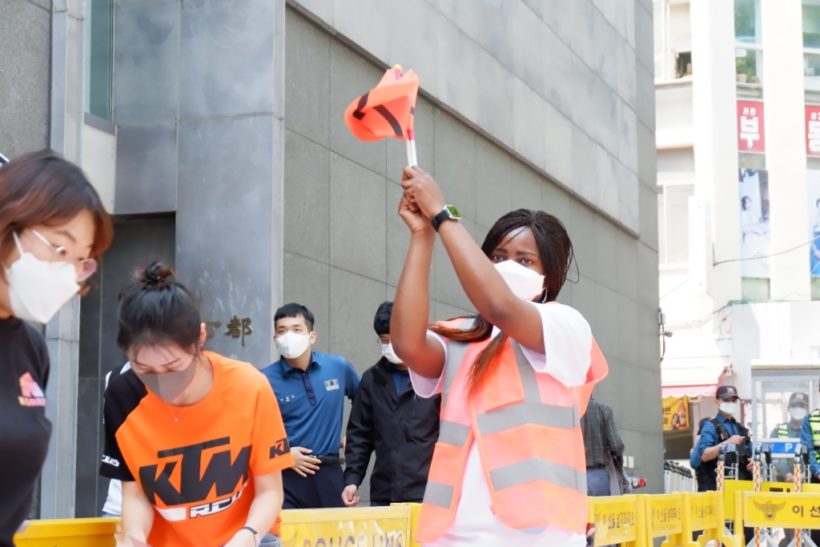 Initiated and organized by Active Refugee Korea (ARK), the campaign had been collecting signatures and messages from refugees, human rights activists and supporters who reside in the country. The afternoon event consisted of a series of congratulatory messages from different refugee communities, a flag-raising ceremony and a press release, which has gotten much attention from local media outlets such as KBS, New1, CPBC, Baby times, and NEWSIS. 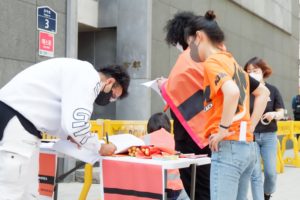 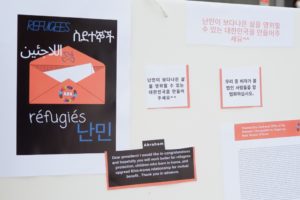 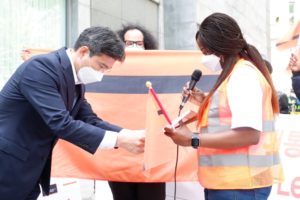 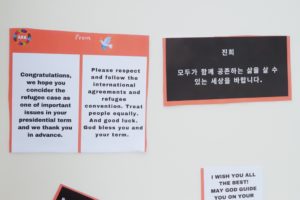 Active Refugee Korea (ARK) is an initiative by and for refugees in Korea. ARK was launched in 2022 by its first members from Egypt, Congo, Ethiopia, and Korea who came together with a shared understanding of the need to make a real change in improving the rights of refugees living in Korea. 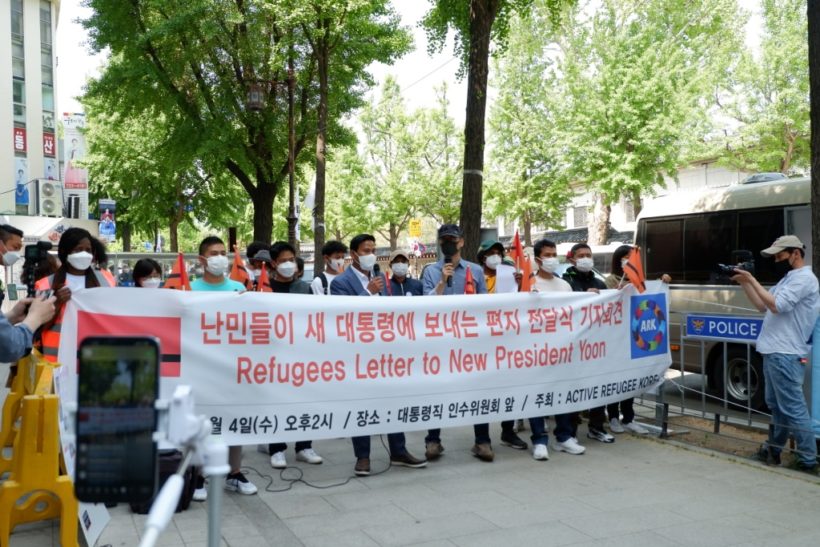 During the press briefing, the event organizers said that their aim is to realize and improve refugee rights in Korea. In addition, through empowerment, advocacy and networking, the organizers seek to build together refugee power beyond nationality. “We take pride in the diversity within us, and we believe in the diversity achieved through refugees which will be the strength of society.”

Here is the full text of the congratulatory letter:

Yoon Suk-yeol
President-elect of the Republic of Korea

We, refugees, asylum seekers, and refugee activists who reside in Korea, extend our sincere congratulations on your election as the 20th president of the Republic of Korea.

Having fled from life and freedom threatening circumstances faced in our own countries, we were astonished by South Koreans’ progressive, participatory and active civility shown during the election campaigns for advancing healthy democracy, freedom, and integrity.

We expect that during your administration, this country, which we call our home, shall commit tremendously to peace, justice, human rights, and socio-cultural inclusiveness while leading values of openness in the global arenas of perpetual conflict and cooperation.

As one of the richest and most developed countries, we firmly believe the Republic of Korea can accept more refugees if there is a political will and concrete commitment to human rights. Indeed, as you mentioned in the speech on Afghan refugees on August 27, 2021, “adhering to international refugee protection law and principles” should be the backbone of safeguarding refugees whose life is at risk upon return to their country of origin. We regret that there have not been comprehensive and consistent refugee policies in place under any presidency since the country signed the Refugee Convention in 1992.

We believe nondiscriminatory and more transparent asylum screening systems and adequate reception policies for all refugee applicants can strengthen the refugees’ rights stated in the Refugee Convention. Refugees deserve national social assistance and welfare to successfully integrate and make a bright future in Korea. Improving access to public housing and allowing permanent residency and nationality is the key to refugees’ safe, dignified life and peaceful coexistence with local communities. We hope that the new administration’s inclusive, empowering and welcoming policy initiatives toward refugees will align with the country’s international prestige.

Your Excellency, may we once again convey our heartfelt congratulations and best wishes for your success and the country’s prosperity.

Yours sincerely,
Active Refugee Korea in collaboration with refugees residing in Korea