29 April 2022, Quezon City. Skin whitening cosmetics containing mercury, a toxic chemical, still abound in store shelves in open defiance of the national and global efforts to make these hazardous products a thing of the past.

Despite the 2020 phase-out for such cosmetics under the Minamata Convention on Mercury, traders continue to flout the laws with impunity, observed the toxics watchdog group EcoWaste Coalition.

“Companies target and lure consumers into buying these facial creams with the promise that using these so-called skincare products will lighten the skin tone, get rid of dark spots, and fight aging,” she said. Women are the main target of these hazardous cosmetics and are also the most vulnerable to the toxic effects of mercury exposure, especially if they are of child-bearing age.

The Minamata Convention, which entered into force in August 2017, has set a 2020 phase-out deadline for the manufacture, import and export of mercury-added products, including skin-lightening creams and soaps with mercury above one ppm, which is also the limit for mercury as a contaminant in the ASEAN Cosmetic Directive.

Test buys conducted by the group from March 27 to April 27 collected 44 facial creams sold for P62 to 250 each at cosmetic, general merchandise and Chinese drug stores operating in Baguio, Tarlac, Angeles, Mabalacat, Manila, Pasay, Pasig, Antipolo and Davao Cities. Except for one, the products have been flagged by the Food and Drug Administration (FDA) for containing mercury and/or for lacking the required Certificate of Product Notification (CPN). 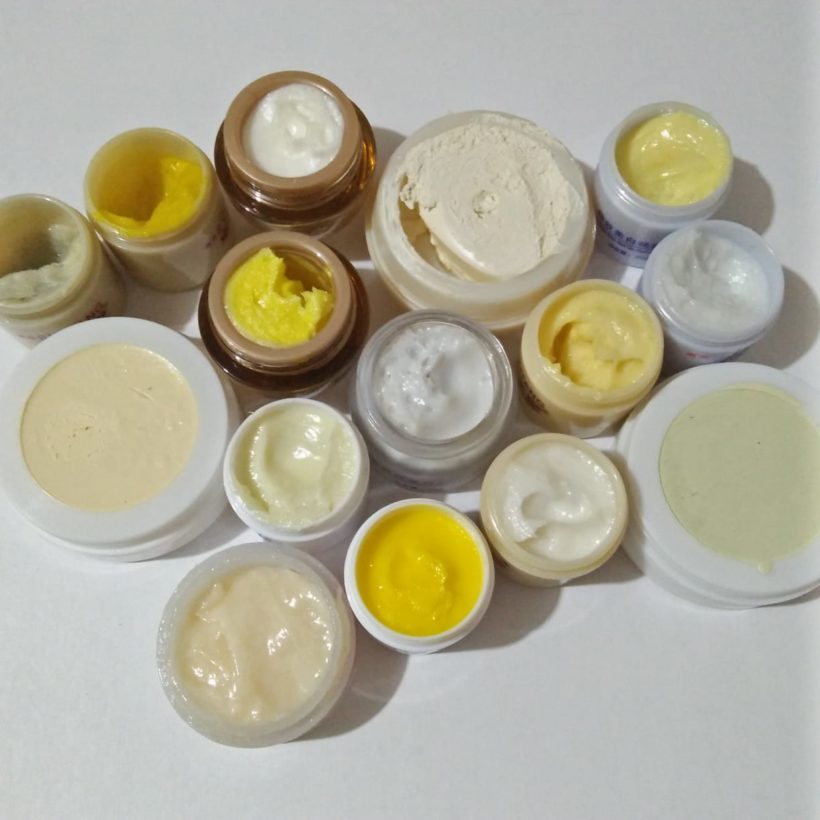 The products were then screened for mercury using an Olympus Vanta M Series X-Ray Fluorescence (XRF) analyzer, which detected high levels of mercury in 42 out of 44 samples.

Among the 42 skincare products found to contain mercury were Goree, Jiaoli and S’Zitang products that are available in different variants, as well as Collagen Plus Vit E Day & Night Cream, Golden Pearl Beauty Cream, and Feique Herbal Extract Whitening Anti-Freckle Set, which came from China, Indonesia and Pakistan.

Marked “made in Pakistan” on the label, samples of Goree Beauty Cream with Lycopene and Goree Day & Night Beauty Cream were found to contain the highest concentrations of mercury ranging from 26,250 to 30,410 ppm. The FDA through Advisory No. 2017-289 has warned the public against the purchase and use of these Goree products.

According to the said advisory: “Adverse health effects brought about by highly toxic mercury in cosmetic products include kidney damage, skin rashes, skin discoloration and scarring. Chronic use reduces the skin’s normal resistance against bacterial and fungal infections. Other effects include anxiety, depression or psychosis and peripheral neuropathy.” The FDA further warned: “The transfer of mercury to fetuses of pregnant women may manifest as neurodevelopmental deficits later in life.”

The use of mercury in cosmetics can result in mercury releases during production, normal product use and disposal, the EcoWaste Coalition also pointed out.

To protect human health and the environment, the EcoWaste Coalition again urged the government, including local government, health and police authorities, to get to the bottom of the illegal trade of mercury-containing cosmetics, identify and prosecute the culprits, and completely rid the marketplace, including online shopping platforms, of such dangerous cosmetics.

The group further urged the authorities to initiate a participatory review of the implementation of the country’s “National Action Plan for the Phase-Out of Mercury-Added Products and the Management of Associated Mercury-Containing Wastes” adopted in 2019.

The EcoWaste Coalition likewise reiterated its call to all Filipinos to embrace our inherent skin tone, shun chemical whiteners and fight colorism, stressing “natural is beautiful.”