For quite some time now you can read that democracy in the USA is endangered, especially by current efforts to change the right to vote. I wanted to understand what is going on and have compiled the information available on the net.

A democracy is a system of government in which, first of all, all people have the right to choose their government. Secondly, they must all be given the opportunity to do so. Third, a democracy – rule by the people! – is characterized by the fact that all votes are counted and – fourthly – have the same weight. And finally, a democratic state refrains from manipulating the election.

The U.S. political system does not meet these conditions. For the most part, the president must come to terms with two chambers, the Senate and the House of Representatives. The members of these chambers are elected in the individual states. In doing so, the electoral law excludes a large amount of women and men from the election. Parts of the Republican party are fine with this, encouraging the exclusion of groups more inclined to the Democratic party with additional rules. First, however:

Not all U.S. citizens* are allowed to vote

In the Constitution of 1789, the right to vote was exclusively for white, Protestant, middle and upper class men, i.e. men with landed property. This manageable group comprised about 10% of the population.

By about 1830, all white men were eligible to vote. In 1870, blacks also became legally entitled to vote, a promise that was, however, repeatedly undermined in the southern states by decrees and restrictions.

Universal suffrage for women has existed in the USA since 1920 – two years later than in Germany.

Formally, one could say that all adult residents of the USA are now entitled to vote. But the picture already wavers when looking at the population included.

One peculiarity that remains to this day is the way in which the voting rights of prisoners are handled. The United States has the highest number of prisoners per 10,000 inhabitants in the world. While 70 per 100,000 inhabitants are in prison in the Federal Republic, the corresponding figures for the USA are 629 per 100,000 (as of 2021). Except in the two states of Maine and Vermont, prison inmates lose the right to vote and do not regain it upon release in 11 states. In the Federal Republic, prisoners lose the right to vote only for certain crimes.

The brutality of the U.S. system is not economic: all incarcerated people leave their attachments in poverty and discrimination. Even after release, they have little chance of earning a normal living. All these factors encourage further crime and damage to health.

Not all U.S. Americans* manage to meet the requirements to vote

Anyone who wants to vote in the presidential election must register in the state where he or she lives, as there is no registration requirement in the United States. Thus, the act of voting first requires personal initiative, which the poor or otherwise needy (e.g., mentally ill, elderly) do not always have. An identity document is required, in many states with a photograph. Many poorly educated, migrants and poor people are overwhelmed by this. The reduction of the electorate also happens through many rules, which have the sense to keep especially poor and migrants away from the ballot box. But even if they have made it to the ballot box:

Not all votes cast count

As in our country, voters in the U.S. do not elect the president themselves, but elect people who represent their political interests. However, there is a crucial difference to our electoral system. Each state elects electoral men and women who determine the state leadership. There are 538 electoral people in total. Each state initially has 3 electoral people, the others are distributed among the states according to the number of inhabitants*. This sounds good at first, but the system has a catch: The party that wins the majority of electoral delegates in a state wins all votes, including those of the voters who voted for the electoral delegates of the other party. This means that the electors who voted for the other party are not taken into account. In addition, not every electoral man/woman represents the same number of citizens, but they all have the same weight. “So it happens that whoever ends up being president did not necessarily get the most electoral votes.”

Not all votes cast have the same weight

The crowding out of undesirable voters: Gerrymandering and new election laws.

Each U.S. state gerrymandered its own electoral districts. This happens every 10 years after the census. After that, the ruling party can gerrymander electoral districts so that voters of the other party have less chance for a majority. Then their votes are forfeited, because here, too, the principle of “the winner takes it all” is applied.

Both parties try to improve their chances in this way. When Republicans tailor constituencies, it means diminishing the electoral success of minorities who vote predominantly Democratic. Currently, parts of the Republican party are particularly active in “gerrymandering” the voting districts in their interest for the next election and using more rules to prevent undesirable voters from participating in the next election. This approach in several states drastically limits the ability of many voters* to cast their vote, as described here. President Biden’s attempt to stop this trend recently failed in the Senate.

The USA is not a democracy

“In the United States, the future of the democratic system is at stake” (Ines Pohl).

What does this mean for the EU? What does it mean for us?

The existing and planned restrictions on the right to vote are the tip of the iceberg of a development in which radical right-wing and religious forces in the U.S. are not only undermining the right to vote, but also increasingly driving political discussions, media events, and the education system (cf. Brockschmidt 2021) into anti-science currents. Fueling conspiracy theories and religious myths is the white population’s fear that they no longer represent the majority of the electorate. Before demographics put an end to white dominance, the institutions are to be firmly in the hands of the allegedly Christian right. This intention is strengthened by calls and discussions in social media dripping with hatred, malice and a willingness to use violence. In Germany, we are witnessing part of this development through the spillover of anti-abortion agitation. In addition, the right-wing is growing stronger in Germany, as it is supported in many places by a party represented in the Bundestag, the AfD. The AfD is now to receive millions from taxpayers’ money – if it does not succeed in stopping the financing of the Erasmus Foundation (see letter of the omas-gegen-rechts-berlin.de to the members of the Bundestag).

Back to the USA. A sense of unease sets in when we look at the developments mentioned above. In particular, the crisis on the Ukrainian-Russian border shows us that we can score moral points with our political system, but that we can do little against authoritarian regimes like Putin’s, for example. We are more dependent than ever on the U.S., which insists on respect for human rights in other states but is not itself a good example of a democracy. Perhaps our government should not only criticize obviously authoritarian regimes, but also give the “great friend” USA a piece of its mind. Whether we can support Biden in this way is open to question. But we could at least try. Up to now, criticism of the USA has been reserved for journalists. 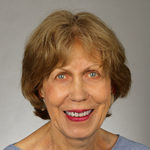 Hilde von Balluseck
Hilde von Balluseck is a German social scientist who has studied socialization conditions such as poverty and migration, as well as professionals working in elder care and early education. In 2003, she designed the first degree program for kindergarten teacher at the Alice Salomon University of Applied Sciences in Berlin.