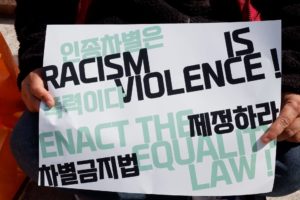 Last Sunday, March 20, 2022, a public rally was held from Seoul’s popular Gwanghwamun square to the presidential palace in observing the March 21st International Day for the Elimination of Racial Discrimination. The theme for this year chanted by demonstrators was “Racism is violence! Enact equality act!. 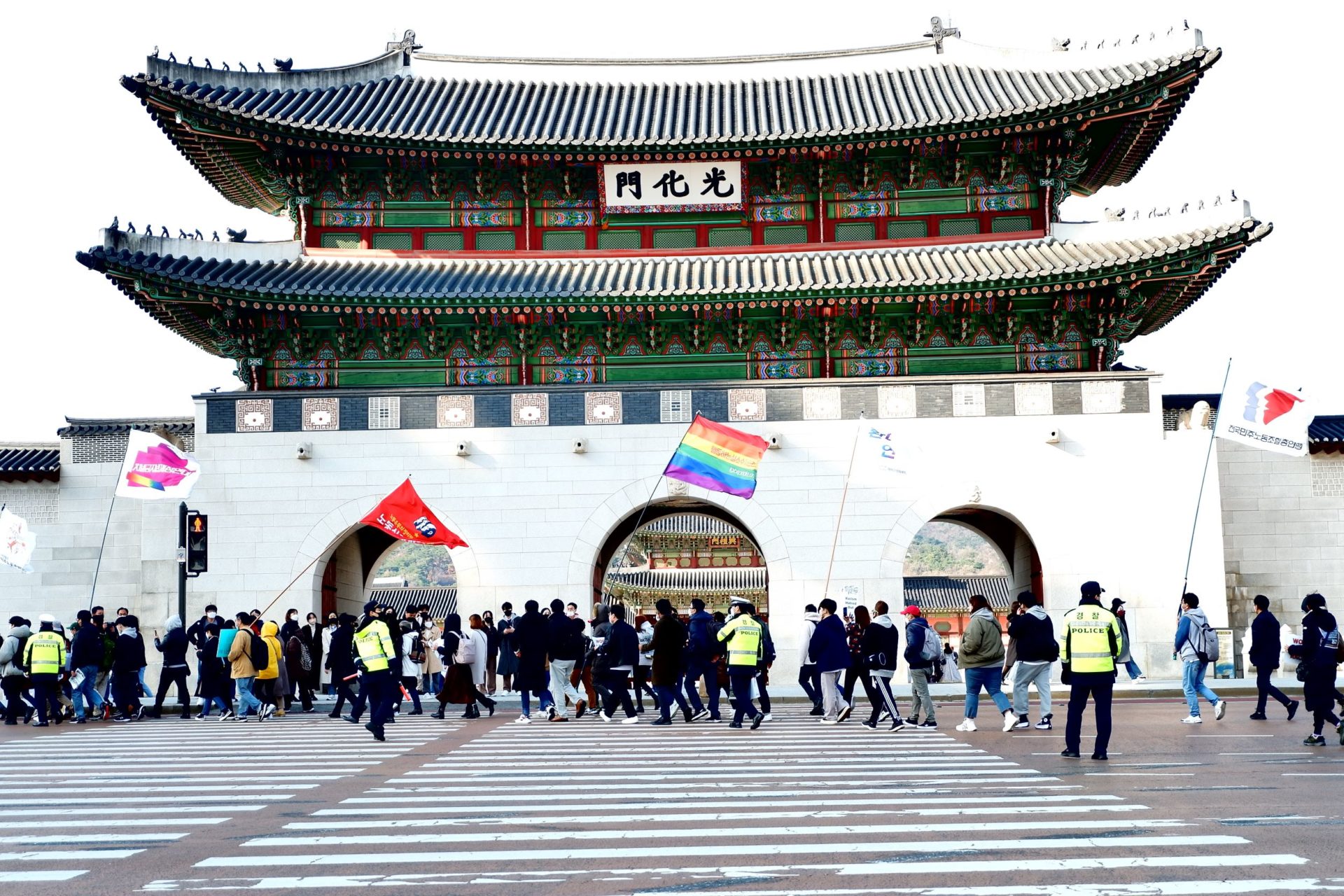 Various anti-racism events are held around the world to observe this day every year. In Korea, migrant human rights groups have also organized together to oppose racism, calling for the rights of migrants and refugees in South Korea to be guaranteed.

Here are some photos of the event: 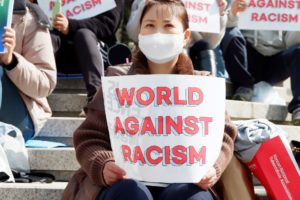 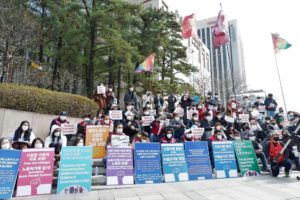 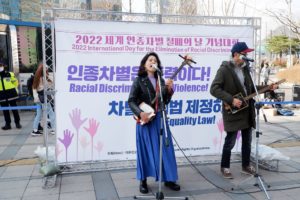 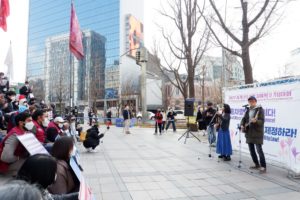 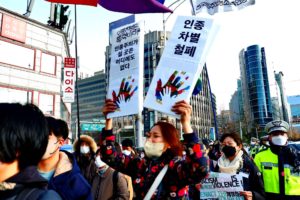 Two million migrants are suffering because of more severe discrimination and exclusion during the COVID-19 period. Migrants have difficulties in all aspects of their lives because information about COVID-19 is not properly provided in their native languages. This resulted in migrants being alienated and damaged in the entire process of quarantine and medical care. Most migrants were also excluded from various disaster support policies such as disaster support funds from the central government and local governments. Discrimination grew despite the need to pursue more equitable policies during the disaster.

In addition, during the presidential election, there was no discussion on the rights of migrants and other social minorities. The equality act was put on the back burner amid the neglect of both major parties.

On the occasion of International Day for the Elimination of Racial Discrimination in 2022, we would like to call on the new government again to oppose racism and ensure equal rights for migrants. 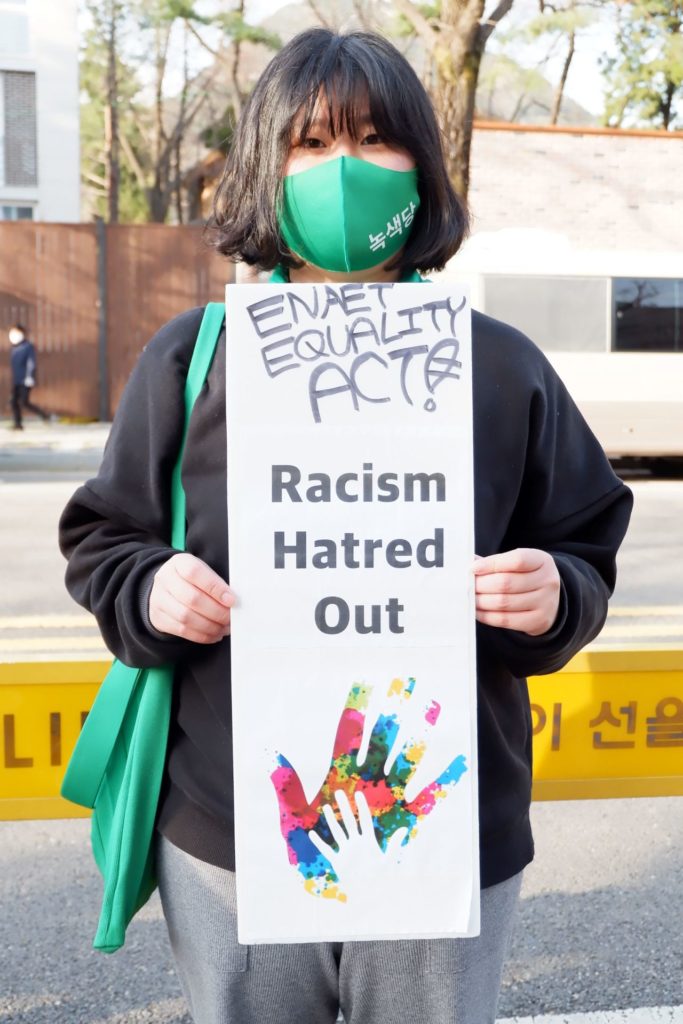 As a backgrounder, according to the United Nations, the International Day for the Elimination of Racial Discrimination is observed annually on the day the police in Sharpeville, South Africa, opened fire and killed 69 people at a peaceful demonstration against apartheid “pass laws” in 1960.

In 1979, the General Assembly adopted a programme of activities to be undertaken during the second half of the Decade for Action to Combat Racism and Racial Discrimination. On that occasion, the General Assembly decided that a week of solidarity with the peoples struggling against racism and racial discrimination, beginning on 21 March, would be organized annually in all States.

Since then, the apartheid system in South Africa has been dismantled. Racist laws and practices have been abolished in many countries, and an international framework for fighting racism, guided by the International Convention on the Elimination of Racial Discrimination has been built. The Convention is now nearing universal ratification. And yet, in all regions, too many individuals, communities and societies still suffer from the injustice and stigma that racism brings.