Natalia Ibáñez Donoso will lead the process of re-founding the Humanist Party in Chile.

In an internal vote carried out by the Humanist Party militancy, Natalia Ibañez Donoso, a 34-year-old feminist and lesbian, was elected as the new President of the collective, whose next horizon is to recover the legality of the PH.

She joined the Humanist Movement in 2007, in Punta de Vacas, Argentina, in the “Days of Spiritual Reconciliation”. She currently lives in the emblematic Barrio Yungay in Santiago. Natalia has been an articulator of non-violent political and artistic spaces for sex-gender dissidence. In 2019 she raised the Diversidae Humane Network for the IV Latin American Humanist Forum “Construyendo Convergencias” and approached organisations such as OTD, Neutres and various artists working around LGTBQ+ activism among others. For the 18th of October she joined the Dissident Emergency Assembly.

She was also the initiator of the International Humanist Feminist Coordinating Committee, promoting the four international meetings held to date.

Natalia will lead, together with Hernán Palma, elected deputy of the Humanist Party for the 12th district and next Secretary General, and Sylvia Hidalgo, activist and humanist militant from the Fifth Region, incoming Treasurer, the process of re-legalisation that the humanist force is currently trying to carry out. In addition to them, Guillermo Garcés, former president of the Community for Human Development and founder of PH; Ricardo George, territorial leader, fighter for housing in the Fifth Region; Ángel Abarca, public school teacher and Natalia Canto, territorial articulator of Conchalí, coming from the independent world.

In her six-month provisional mandate, Natalia and the new PH leadership will promote territorial work, articulation with the 27 humanist councillors, the three deputies and their two mayoralties. In addition, they will seek to deepen the horizontal democratic process that PH has been building and that aims to influence the country, under the principles of Universalist Humanism. 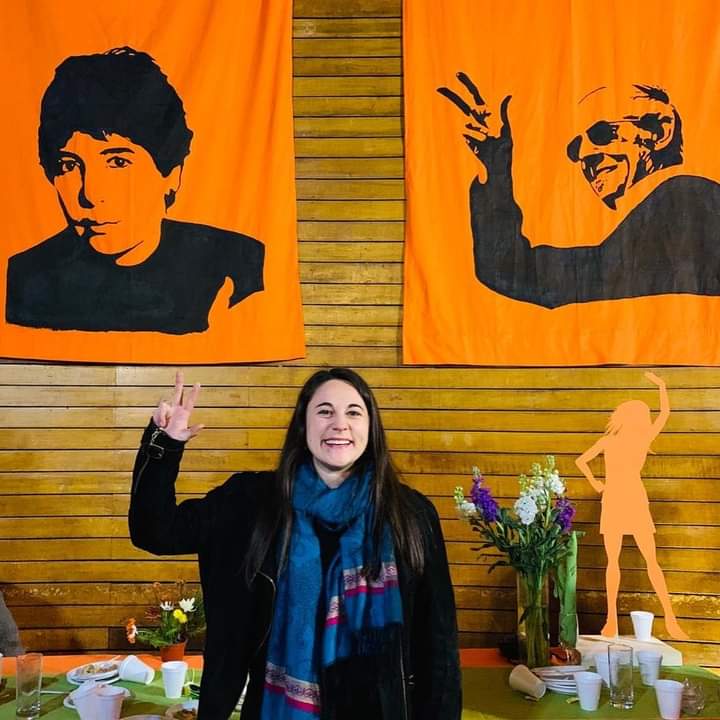