On December 6th, David H. Albert was one of the Gandhian warriors who was awarded the 2021 Jamnalal Bajaj International Award. The Award is a lifetime achievement award given for the promotion of Gandhian values outside of India, by promoting peace and harmony among people by applying the Gandhian philosophy of truth and non-violence, ending exploitation in and seeking solutions to the social, economic, cultural and religious upheaval through Gandhian values and the Constructive Programmes and doing innovative work in social organizations with a view to promote Gandhian values by awakening moral conscience, self-realization, fostering community self-reliance and harmony of life with the Universe. 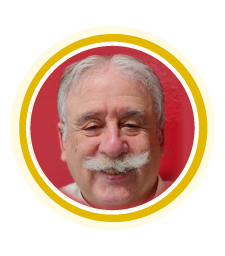 David H. Albert was born in 1950 to a lower-middle-class Jewish family in New York City. He holds degrees from Williams College, Oxford University, and the Committee on Social Thought at the University of Chicago, but he gave up a promising academic career to become a student of Gandhi. In 1977, he moved to Philadelphia to the nonviolence training community of the Philadelphia Life Center, where he was mentored by the Gandhian and Quaker activist George Willoughby, a former Bajaj Award winner.

In 1977, David was the American representative to the Asian Seminar on Nonviolence Training, held at Gandhi Vidyapith in Gujarat. There he met three future mentors: Padma Bhushan Krishnammal Jagannathan (another former Bajaj awardee, with whom he worked for the next 40 years on land reform efforts in Tamil Nadu, providing land for more than 15,000 Dalit families); Jyotibhai Desai, who mentored him in nai talim and community-based education; and Narayan Desai, who provided mentoring in nonviolence training and the power of story. In 1981, he spent a year at the Gandhigram Workers Home in Tamil Nadu, working with and learning from Krishnammal and S. Jagannathan, and conducting research on Gandhian “meta-economics” and the connection between Gandhian thought and Jain ethics (specifically the doctrine of syadvada). Also, having visited with Chandi Prasad Bhatt and the women of Chipko in Uttarakhand, he introduced the concept and message of “hugging trees” to America.

Back in Philadelphia, he served as media relations director of the Fellowship Commission, America’s oldest and largest human rights/human relations agency, at a time when race relations were particularly fraught. He also published the first Hmong-English reader, for use with the burgeoning Hmong refugee community. In 1980, David founded New Society Publishers, soon to become the largest and most important publishing house dedicated to Gandhian nonviolence in North America. (www.newsociety.com ) New Society Publishers is still going strong. Originally intended to provide resources for nonviolent activists (theory and practice, organizing skills, nonviolent personal and communication skills, history of nonviolence, etc.), New Society quickly expanded its focus to include constructive work specially related to environmentally sound agriculture and ecology, feminism and nonviolence, alternatives to traditional views of development, peacemaking resources for children, and much more.

Over the years, David has written and edited more than 15 books, on nonviolence theory and practice, homeschooling and community-based education, and public health, including two volumes, The Healing Heart, on the use of storytelling in public health efforts. His book People Power: Applying Nonviolence Theory (1985) brought together pointers on the practical application of the theory of nonviolence in social and political conflict situations. It was translated into several dozen languages. One translation, into Tagalog, was utilized by Catholic nuns who ended up blocking tanks with their bodies during the overthrow of the Marcos’ dictatorship in the Philippines.

With the publishing house well established, David turned his attention to two other avenues of Gandhian thought and action: Nai Talim and community-based education, and the constructive program leading to Gram Swaraj. He lectured across North America on progressive, community approaches to homeschooling, and wrote two monthly columns for magazines, “My Word!” and “Life Learning”.

David’s co-founded Friendly Water for the World (www.friendlywater.org ), working with extremely poor and dispossessed communities in subSaharan Africa and India. Many of these communities experience both past and ongoing trauma related to military activity, rape and sexual abuse, kidnapping of children, tribal and ethnic conflicts, infectious diseases, and lack of resources to meet very basic needs. The trauma is especially exacerbated by lack of access to water – worsening as a result of climate change, waterborne illnesses (particularly among children who experience parasitic stress – permanent brain damage making it difficult for them to learn); and a general lack of control over their own lives.

Communities that David has worked with include: widows; people with HIV; refugees; former child soldiers; survivors of wartime rape and sexual assault; tribal communities and Dalits; people with albinism; unemployed youth; orphans and survivors of genocide; and differently-abled people.

But the critical issue addressed by Friendly Water is to overcome the barriers preventing individuals and communities from attaining some measure of Swaraj/Swadeshi – community-based self-reliance, self-governance, self-esteem, and community self-realization. In dispossessed communities, people are regularly denied the material conditions necessary for their own survival, but also robbed of their culture, customs, traditions, history, language. In their disempowerment (similarly experienced by people in materially wealthier societies as well), people are atomized, supposedly free, democratic citizens molded into consumers and commodities, their ability to plan together cooperatively stripped, their voices lost.

Much of what Friendly Water attempts to do is assist communities in recovery and in reimagining themselves. The real work is in social technology, making it conceivable for communities to revivify themselves, making the impossible possible, utilizing the tools of appreciative inquiry, asset-based community development, community engagement, and longer-term empowerment. David notes this is a long road, with communities taking the lead, but there is no easy substitute. There have been Friendly Water projects and programs in Kenya, India, Uganda, Tanzania, Ethiopia, Rwanda, Burundi, Zambia, Afghanistan, Mexico, Bolivia, Congo-DRC, Liberia, and Sierra Leone.

While continuing his work with Friendly Water for the World, David has been engaged in other work as well, some of which are spinoffs of Friendly Water. In 2014 David cofounded the Friends Ugandan Safe Transport Fund (FUST – www.friendsugandansafetransport.org ). Modeled on the Quaker-based Underground Railroad in the United States prior to the Civil War. To date FUST, with its very courageous local “conductors”, has rescued 2,711 LGBTQ individuals in Uganda who were facing lynching, beatings, homes being burned out, dismissal from all employment, and complete repudiation by their families. These individuals are now found in countries around the world.

David also serves on the board of the Congo Integration Network (www.cinseattle.org ), delivering assistance, counseling, and services to Congolese refugees and immigrants in the Seattle area, and on the board of advisors of Congo Threads, providing safe housing and community for war orphans in eastern Congo-DRC. David also works closely with the Rape Hurts Foundation (www.rapehurts.org in Jinja, Uganda, which provides rescue, safe housing, counseling, economic support, and employment training for women and children who have been raped, sexually assaulted, or battered. Their shelter for survivors of gender-based violence is named after him.

In 2021, David worked with members of Khudai Khidmatgar, the Social Harmony Federation, and others to organize the Covid Peace Volunteers at 22 locations throughout India. Dedicated volunteers brought oxygen to people’s homes; brought people to shelters and helped them find medicines; ensured families with affected members had sufficient food and water; assisted people in getting to medical appointments and securing medications; arranged for needed childcare; helped families with cremations and burials; and, perhaps above all, listened to people in their time of need.

David is fond of citing the maxim of Gandhi, “The best way to find oneself is to lose oneself in the service of others.” At the core,” he says, “I am a dedicated student of Sarvodaya, trying to remember to put “the last man” before all others. It has required creativity and discipline to see and act at all times as if the needs and aspirations of others are, in reality, the same as my own.”

He continues, “In other words, it has required me, over time, to develop an expanded definition of myself. I could easily say that this is “inner work”, but the reality is that, for me, over time, the distinctions between inner work and outer work, between immediate family and my larger and growing global family, have fallen away, offering new vistas of possibility. I have not found these vistas through a formulaic application of Gandhian philosophy, but in identifying and practicing its basic elements that lead to liberation. And I am blessed, for I have friends everywhere who have joined me along the way.”