On the Other Side of the Glass by Antonia Bañados

A young artist travels to an art school in Scotland, where she undertakes the creation of an ambitious work: a futuristic aquarium inhabited by an axolotl, a rare and delicate Mexican amphibian. The relationship she establishes with this creature leads her to an ethical crisis that will question her understanding of the art world and her life choices.

In Al otro lado del vidrio, Antonia Bañados, a Chilean artist with a master’s degree in contemporary art from Edinburgh College of Art in Scotland, delivers an intimate autobiographical account that shows in detail the daily life and difficulties of a young art student on a scholarship in another country. In this graphic novel, she captures the uncertainty, enthusiasm and ethical questions experienced during the realisation of her project, bringing the reader closer to the creative process of an artist.

“This is a joyfully abstract book, with simple, emotionally charged drawings, provocative and unexpected ellipses… with firm strokes capable of portraying a fragile and extremely sensitive world. There is a lot of comic, a lot of cinema, a lot of life, a lot of art and a lot of craftsmanship,” says Sebastián Lelio, director of Una Mujer Fantástica and author of the book’s prologue.

The touches of humour, the extraordinary handling of the visual narrative and an honest approach to the contemporary art world make complex ideas such as the historical and ethical issues surrounding the appropriation of nature accessible, questioning our responsibility towards other living beings.

The visual narrative rich in architectural spaces and dreamlike environments, painted in monochrome watercolour, is contrasted with the synthetic and accurate drawing of the characters.

Al otro lado del vidrio took sixth place in “The Unpublished Picturebook Showcase 2”, an international call for entries held in October 2020, in which 420 projects from around 60 countries participated and whose jury was composed of 48 international editors.

Antonia Bañados was born in 1990 in Santiago de Chile. She studied art at the Universidad Católica de Chile and an MA in contemporary art at Edinburgh College of Art in Scotland.

From a practice in painting, she migrated towards objects and space, constructing imaginary architectural landscapes. Gradually she began to include sequential and narrative elements in her work until late 2017 when she started making comics. Today she works intertwined in these different media.

Her work has been exhibited in Chile, UK, Germany, Spain and Portugal. She has received several awards and recognitions, among them: Jackson’s Young Artist Prize 2016 from the Royal Watercolour Society of London, Honourable Mention Premio Municipal Arte Joven-Drawing/Illustration (Santiago, 2018), national and regional Chile and Fondart Creation Grants.

“Al otro lado del vidrio” is hes first graphic novel, but she hopes it won’t be his last. 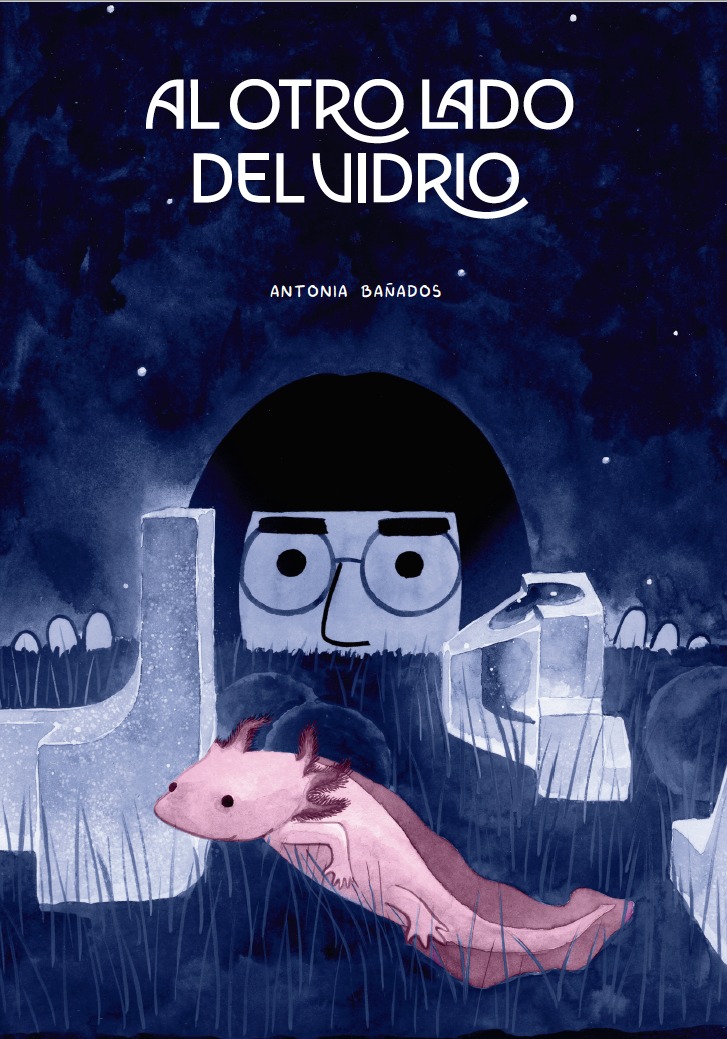