When Christopher Columbus landed on the coast of Cuba on 28 October 1492, specifically on the northern coast of the eastern part of the island, he found a land populated by “adventurers who had arrived in successive transmigratory waves”.

This is how anthropologist Fernando Ortiz described the human beings who inhabited the archipelago long before the arrival of Europeans.

“They were not Indians or even a single homogenous group, but several, separated by distinct histories, languages, cultures and economies that already divided them socially into overlapping dominations and classes.

The Genoese admiral touched Cuban soil at Cayo Bariay, a geographical feature that today belongs to the province of Holguín, where all the cultural groups that existed on Cuban territory in the pre-Columbian period lived. 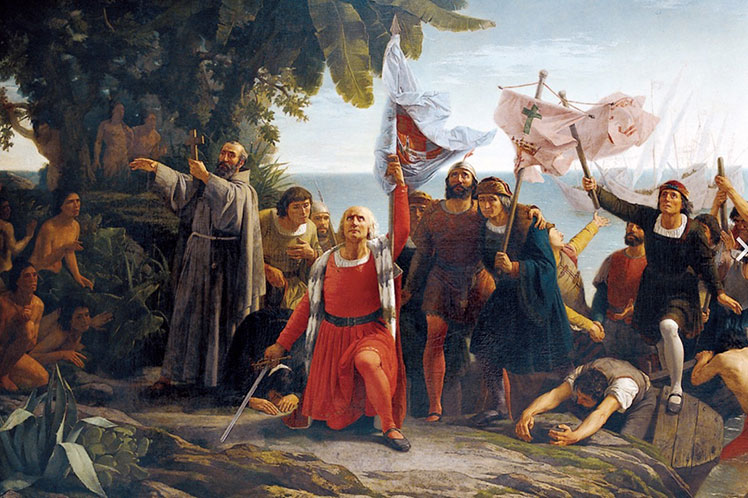 But who were they, how did they live, what was their culture, how were they organised, were they totally exterminated? These are some of the questions that have guided researchers for decades in their quest to learn about the true discoverers of Cuba.

Archaeologist Juan Guarch explained to Escáner that evidence of the presence of the different classifications of these groups in Holguín was found in areas of the municipality of Mayarí, where there are traces of the so-called hunters, the oldest.

“Research has also shown the presence in other areas of the fishermen-gatherers, or siboneyes, who lived from hunting and above all from fishing, as well as the proto-agriculturalists, who shared similar economic activities and worked with pottery in a crude way,” he argued. 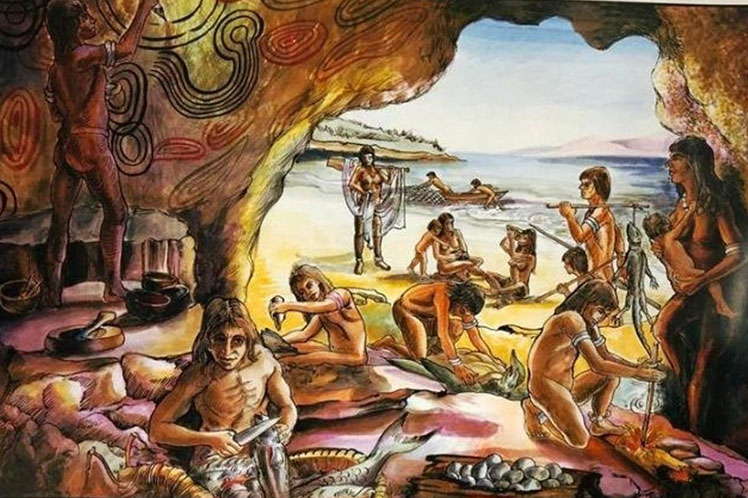 Of a superior culture were the agriculturalists-ceramists, a definition that groups together the Tainos, who took possession of the entire eastern region of Cuba and developed, in a well-organised way, agriculture; they dominated pottery and work with stones, among them serpentine. 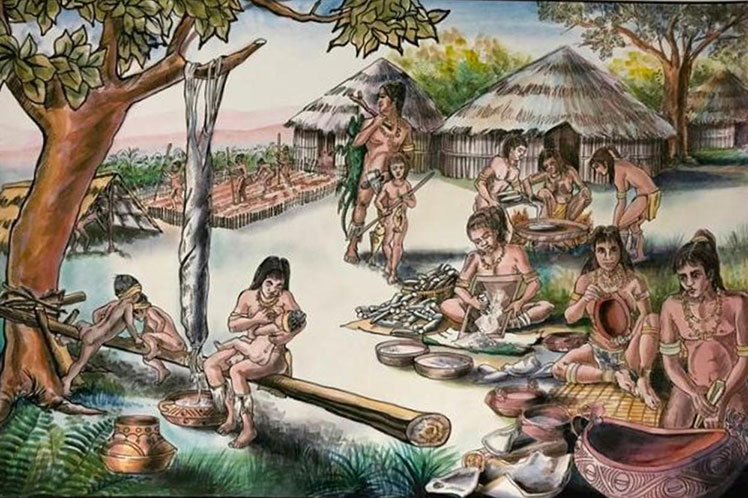 They also had a mastery of pottery and stonework, including serpentine. A variety of artefacts were found that provide clues as to what their life was like and how it changed with the Spanish colonisation, which in a very short time reduced and massacred the native Cuban population.

An idea of the rapid disarticulation of this social structure is shown by studies in the book “Indios en Holguín” (Indians in Holguín). At the time of the conquest, according to demographer and historian Juan Pérez de la Riva, the indigenous population exceeded 110,000.

This figure has been changing since the discovery of new settlements, and texts by Bartolomé de las Casas and other chroniclers have recorded what led to its drastic reduction.

For Cuban historian Hernel Pérez Concepción, “the colonisation of the island by Diego Velázquez’s troops destroyed, in a short time, everything built by the aborigines, both spiritually and materially, relying on the brute force used to impose themselves”.

“The clash of these two cultures (Spanish-American) caused the less developed culture, in this case the aboriginal one, to suffer a disarticulating trauma, which is the main cause of the violent decline of the American Indian”. 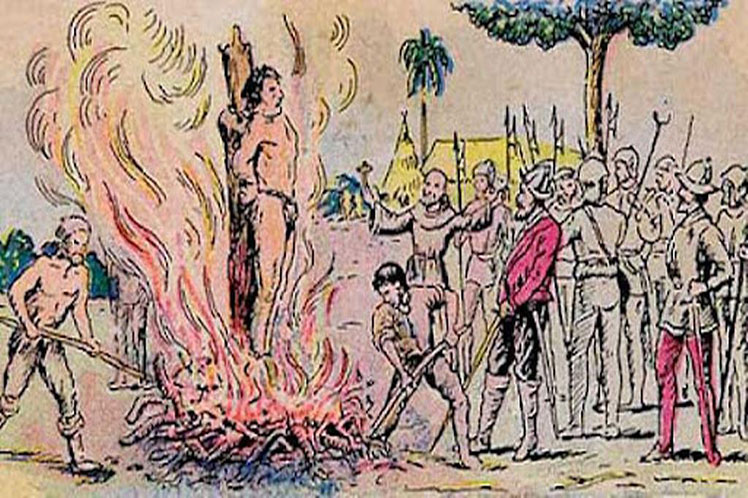 This, together with suicides, epidemics, increased infant mortality, massacres, homicides, famines and miscegenation, all contributed to the decline of those adventurers – as Fernando Ortiz said – who arrived in this country centuries earlier in rustic canoes, without caravels, compasses or astrolabes.

Are the Indians in Cuba extinct?

In an exclusive interview with Escáner, Alejandro Hartmann, vice-president of the Network of the Historian of the Conservator of the Heritage Cities of Cuba, stressed that various anthropological investigations carried out over decades have demonstrated the existence of 22 communities of descendants in all the eastern provinces, from Baracoa to Camagüey. 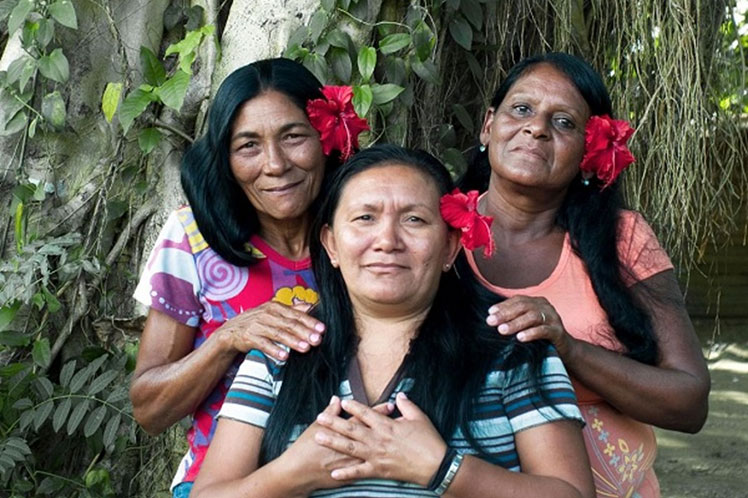 “In field studies and in provincial, parish and archbishopric archives, we found that despite the fact that the Spanish census of 1777 eliminated the term ‘Indian’, priests continued to record this denomination in baptisms, births, deaths and marriages.

“Based on this information and the research in the different communities and neighbourhoods mentioned, we made a family count that, up to now, identifies more than 12,000 Rojas, Ramírez, Romero and Rivera”.

From these families comes the cacique Francisco Rojas Ramírez, from the community known as La Ranchería, belonging to the Consejo Popular La Caridad de los Indios, in the Guantanamo municipality of Manuel Tames.

The settlement has about 11 houses and around 20 people, and is one of the few places hidden in the eastern mountains where their ancestors managed to survive.

Hartmann, who is also a historian of the city of Baracoa, highlighted the scientific work carried out by a multidisciplinary group made up of Dr Beatriz Marcheco, director of the Cuban Institute of Genetics; sociologist Enrique Gómez and photographers Héctor Garrido and Julio Larramendi.

They set themselves the task of demonstrating how the aboriginal footprint is still alive. As Beatriz Marcheco published, “today’s Cubans retain a high proportion of Native American genes inherited through their mothers, which constitute, on average, more than a third of the ancestral genes transmitted through maternal lineages”. 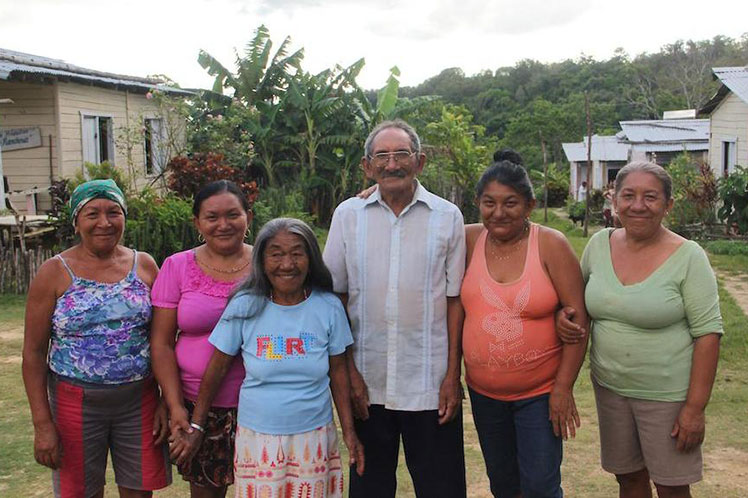 Genetic studies conducted by the scientist reveal that 34.5 percent of the general population inherited Native American mitochondrial DNA. The highest levels are in the provinces of Holguín (59 percent) and Las Tunas (58).

What do we inherit from our primordial ancestors? Beyond that mitochondrial portion of our DNA, an identity that we sometimes believe to be imperceptible lingers in everyday life and the collective imagination.

Alejandro Hartmann lists the agricultural wisdom of the conuco, the sowing by the moon, the preparation of cassava and corn as dishes of the ancestors, the cure of the rastro, the sobar, a very popular practice that passed from generation to generation to cure stomach ailments.

“The bohío is another unobjectionable evidence. This vernacular construction is present in many rural areas of our country, although the Revolution built hundreds of schools, video rooms, houses of culture, family doctor’s offices and other constructions”. 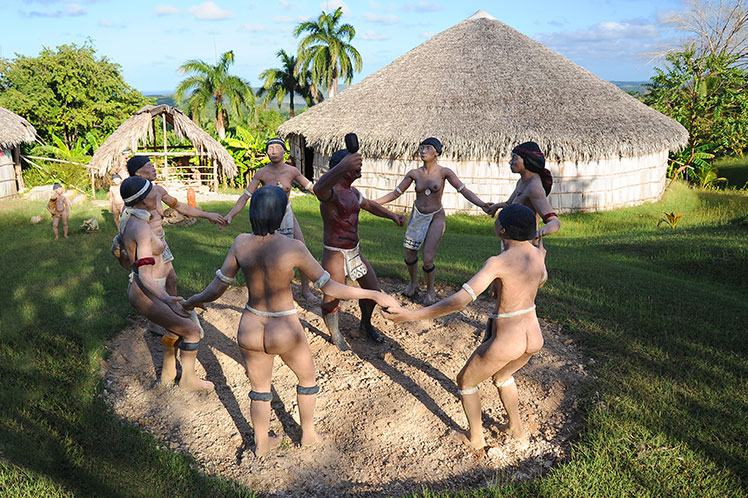 There are also countless Indo-Americanisms that are part of everyday vocabulary. Baracoa, the first town in our country, founded by Diego Velázquez on August 15, 1511, preserves its original gentilicio Aruaco, which means “existence of the sea”.

From the archaeological point of view, in Holguín, one of the most important archaeological sites in the country, places such as the Chorro de Maíta, in Banes, an aboriginal cemetery of great importance in the Caribbean area, stand out. 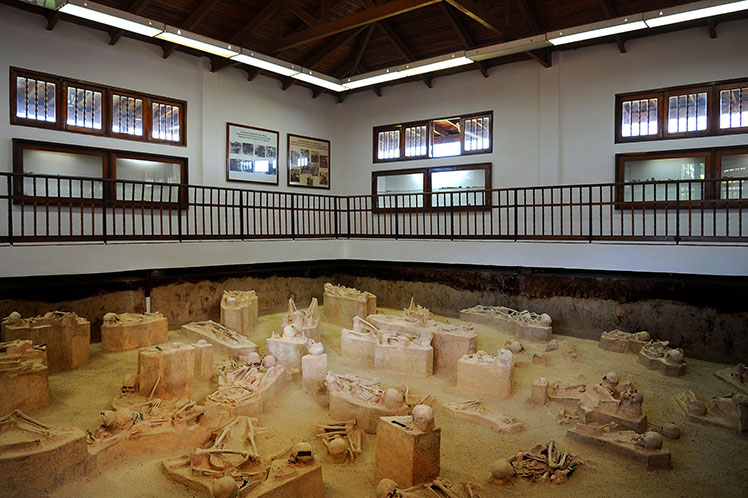 Also the Museo Indocubano Baní, which has a rich testimony of the ancient aboriginal cultures of that area. 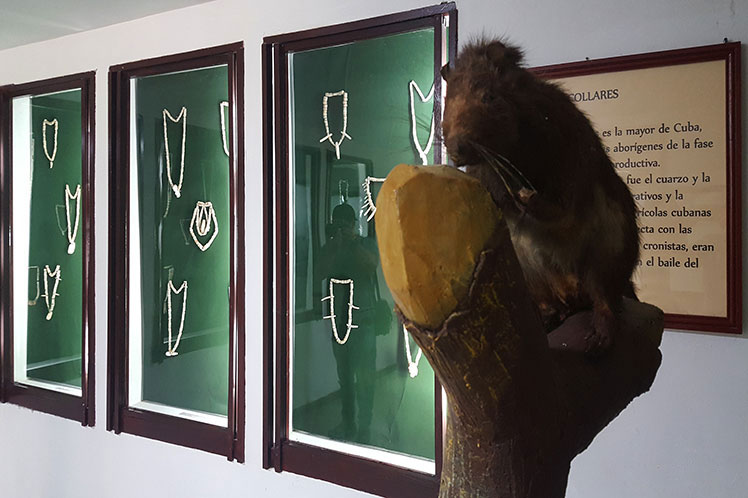 The National Hero of Cuba, José Martí, in one of his texts wrote: “until the Indian is made to walk, America will not begin to walk well”; hence the debt and imperious urgency to preserve and maintain with pride a heritage that runs through our veins and lives in our daily lives.