The National Employment Survey for the mobile quarter July – September 2021 that was presented by the National Statistics Institute (INE) provides us with interesting information regarding young people between 15 and 24 years of age who are not studying and who are not employed.

Before analysing these figures, it is morally necessary to remember that the labour market statistics show people who have dropped out of school due to dropping out or finishing a cycle and who have not entered the labour market. They are young people whose dignity has been violated. The so-called NINIS are 362,844 young people out of a total of more than 2.65 million in this age group.

Although this figure has fallen from its peak in 2020 as a result of the pandemic, when NEETs accounted for one in five young people, it is a population group to which attention should be paid as it is not a question of idleness or interest in playing a role in society, but rather that they have been lagging behind socially and economically.

The gender gap is very decisive for the family structure and the absence of the state in care work. There are 42,752 more young women than men who neither study nor work, exceeding the 200,000 mark. When asked about the reason for this condition, almost 4 out of 10 women say that they have “permanent family responsibilities”, i.e., unpaid domestic work, while the main reason for men is that they are preparing to continue their studies.

Unfortunately, female domestic work is absolutely normalised in our culture and in our educational system. At Fundación Semilla we can see how girls’ dreams and projects for the future are much more limited than those of men of the same age. Therefore, for society to be truly equal, we must make profound changes in education.

This situation is not only in Chile, but in many countries. In Spain and Greece, it reaches 20%, below Italy where NINIS are one in four young people. And in the United States there are 6 million young people who are neither studying nor employed, which is equivalent to 15% of young people between 15 and 24 years of age.

Looking at these figures in different countries, one can hypothesise that the economy and the labour market require more and more people with skills and abilities different from those provided by the educational systems. We will never tire of repeating that it is not enough to learn the traditional subjects taught in schools, but it is essential to teach people to think, to develop critical thinking, to question their surroundings and to dare to seek answers beyond the boundaries of what is known.

The evolution in the number of young people who are neither studying nor employed is a good thermometer of the capacity of educational systems and societies to adapt to the requirements of the present. NINIS is not just a name, but a warning cry to build an integrated society in which no one is left out. 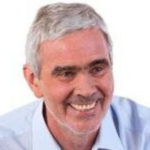