An increasing number of migrants are forced to leave their homes due to a complex combination of factors, but above all because of capitalist models that drive them out of their countries.

Last year, it was estimated that some 281 million people, approximately 3.6 per cent of the world’s population, currently reside outside their countries of origin. Today the figure must be considerably higher, but it is not a question of reducing an inhumane situation to mere numbers. An increasing number of migrants are forced to leave their homes by a complex combination of factors, but above all by capitalist models that drive them out of their countries.

They are human beings whose rights are being violated… Many of them do not even know they have rights.

The truth is that human beings have always moved and mingled, as shown by the genome analysis of skeletal remains found in archaeological sites, explains Eva Maria Geigl, director of the French National Centre for Scientific Research. In 2012, the remains of a young woman who lived there some 50,000 years ago were found in the Denisova cave in the Altai Mountains in Russia. Genome analysis of one of her phalanges proved the existence of a population that coexisted with the Neanderthals.

This population, which lived in Asia, moved and its members mated with the first Homo sapiens from Africa. Until then, paleoanthropologists did not suspect the existence of this human group, these early migrants.

“We are all of African origin. Homo sapiens evolved in Africa and left the continent in successive waves. The last of these migrations was that of our direct ancestors. All migrants, because the history of humanity is woven by a succession of migrations. Population groups have always moved and intermingled, sometimes resulting in the replacement of indigenous populations, although this is not always the case,” he added.

Globally, the estimated number of international migrants has increased over the past five decades. The estimated total of 281 million people living in a country other than their home country in 2020 is 128 million more than in 1990 and more than three times higher than in 1970.

Human rights violations suffered by migrants include the denial of civil and political rights, in the form of arbitrary detention, torture or lack of due process, as well as violations of economic, social and cultural rights, such as the rights to health, housing or education. The denial of rights to migrants is often closely linked to discriminatory laws and deep-rooted prejudices and xenophobic attitudes.

As a result of poverty and violence, the northern triangle of Central America is facing an increasing number of people on the move. Since 2014, an estimated 265,000 migrants in transit from El Salvador, Guatemala and Honduras have left (or tried to go) to the United States each year. A growing number of them are women and unaccompanied children.

According to estimates, only one in five is successful. The other 80 per cent are detained by Mexican or US authorities. A growing number of stranded migrants also generates tensions in local communities. These include not only Central Americans, but thousands of Haitians, Venezuelans, Colombians, Ecuadorians, expelled from their countries in search of the dream of a better life, which usually turns into a nightmare.

For its part, the European Union violates the rights of refugees arriving in Europe from Africa and the Middle East, in breach of the Geneva Convention, says Spaniard Javier de Lucas, Professor of Philosophy of Law at the University of Valencia and one of the leading experts on migration in Europe. For de Lucas, the European Union and the United Nations stigmatise immigrants by treating them according to the logic of the market.

“There is a look of suspicion on immigrants: they are not a reserve army for crime or a threat to jobs. Formal state law is not aware of legal pluralism. The law has constructed a restrictive concept that fosters the stigmatisation of immigrants,” he says.

With the health emergency caused by the Covid19 pandemic, and under the political use of the health argument of the undocumented foreigner as an agent of contagion – in order to contain irregularised populations – aggression and repression intensified, particularly against migrants from the Northern Triangle of Central America and Haitians. And in the north of Chile against Venezuelan migrants.

It goes without saying that these migrants suffer multiple aggressions and violations of their human rights in the countries of transit and destination, by different social actors, criminal groups and official and private institutions. The worst thing is that different national states generate dynamics of irregularisation of these populations from the Northern Triangle of Central America and Haiti, and are “illegalising” migrants, and presenting them as lawbreakers (criminalising them), just because they lack migration documentation.

I will dwell on a few headlines in the international press.

-One says that Polish forces fired jets of water and tear gas at the Kuznica checkpoint – closed for ten days – at migrants who again tried to cross the border from Belarusian soil, while Poland accused Belarus of giving them smoke grenades and weapons. Some 4,000 migrants, mostly from Iraq and Afghanistan, are living in makeshift camps on the border between Poland and Belarus in increasingly extreme conditions and sub-zero temperatures.

Nearly 19,000 children have crossed the dangerous Darien jungle between Colombia and Panama on foot, some alone, to reach the United States so far in 2021, the United Nations Children’s Fund (UNICEF) said, marking an “all-time high” of child migrants despite it being one of the most dangerous places. The figure is almost three times more than the number recorded in the previous five years combined, Unicef said. Half are under the age of five.

The Darien has become a corridor for irregular migrants trying to cross Central America and Mexico to the United States… or death.

– French police evicted at least 1,500 migrants from a makeshift camp near Dunkirk, where they were waiting for a chance to cross the English Channel to the UK.

-The Turkish coast guard rescued 45 migrants as they tried to reach European shores after being turned back by Greece into Turkish territorial waters. The rescue ship Geo Barents chartered by Médecins Sans Frontières took 62 migrants on board, rescuing them off the coast of Libya in precarious conditions.

A month ago, we were horrified by photos of US border police “hunting” and “herding” Haitian refugees, including children, on horseback.

Countries of transit and destination tend to see migrants as a burden. However, international experience shows that migrants, including refugees, also contribute to the development of their host countries. But harnessing the development potential of migration requires public authorities to promote the socio-economic integration and social cohesion of migrants.

Since ancient times, human beings have been in constant transit. Some people move in search of work, adventure or new economic opportunities, to join family members or to study. Our indigenous people travelled in canoes from the Amazon to the Orinoco to reach the West Indies. Since 1492, Europeans have been “making their way to America”, escaping their own conflicts, in search of the riches of the New World, with a cross and a club in their hands.

Others leave their homelands to escape conflict, persecution, terrorism or human rights violations or abuses. Some even do so because of the adverse effects of climate change, natural disasters or other environmental factors. Many of us are descended from boats, from those migrants driven from their homelands, slaughtered in genocides encouraged by powers.

US President Joe Biden pledged to regularise the status of 11 million migrants, and his Mexican counterpart Andrés Manuel López Obrador announced that he will name US lawmakers who do not support the immigration regularisation initiative,

In a 220-213 vote, US congressmen on Friday (19 November) approved an extensive immigration package, albeit smaller than the one proposed by Biden. If the provision passes the Senate, it would allow people who arrived without documents before 2011 to get up to 10 years of work authorisation, but not open a path to citizenship. The initiative was endorsed a few hours after the trilateral summit of the T-MEC partners (US, Mexico and Canada) concluded.

There are millions of Mexicans who have been living and working in the United States for years, who have contributed a great deal to the development and growth of that nation, and (who) deserve to be treated fairly,” the Mexican president said. On the other hand, he contrasted the political influence exerted by the Cuban-American lobbies in the blockade with Biden’s initiative.

As the three US presidents met, some 2,000 migrants, mostly from Central America and Haiti, departed from the southern Mexican town of Tapachula, carrying their belongings in backpacks or in packs on their heads. Small children rode on their parents’ shoulders or in prams.

The caravans began several years ago as a way for migrants without money to pay smugglers to feel safer travelling in groups to the US border. However, the Guatemalan and Mexican authorities have systematically broken them up. Today, the Texas National Guard shielded the border between the cities of Eagle Pass and Piedras Negras with cargo containers in anticipation of the possible arrival of the new caravan.

Some analysts even speak of something called necropolitics, that ability to manage through power who lives or who dies. And, in the end, those who die are, logically, the most impoverished people. Let these words stand in defence of these humans without rights. 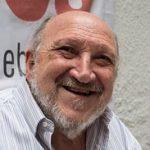