With a new report, Still I Rise denounces the discrimination and mistreatment suffered by refugees and asylum seekers in Greece during the management of the COVID-19 emergency

Throughout the pandemic, asylum seekers residing in the Samos hotspot were subjected to harsh and inhumane treatment. Some of their testimonies can be found in Still I Rise’s latest report, “Locked in and neglected: the impact of COVID-19 restrictive measures in the Samos hotspot”.

The facts reported refer to all of 2020 and a significant part of 2021. The emergency measures put in place to face the health crisis gave the Greek government full power to implement an inhumane isolation protocol enforced on the hotspot residents, with no guarantee of sufficient medical support, nor necessary protection measures in the camp.

Originally, the testimonies now part of the report were collected as evidence in a criminal case that Still I Rise intended to file against authorities who planned the Covid-19 response in refugee camps throughout Greece: the Greek Minister of Migration and Asylum, the Minister of Health and the Minister of Civil Protection. However, the parliamentary immunity granted to them by Greek law would have made any legal action against them futile. Therefore, there are no prosecutable culprits for the systematic violation of human rights.

«Throughout the course of the pandemic, Greek authorities left these people in inhumane and criminal conditions. They kept the facilities in lockdown for extended periods of time instead of decongesting the camps in order to allow the residents to protect themselves from the virus. We are talking about human beings in Europe in 2021: it is unacceptable that this has been allowed to happen, and that there are no effective and efficient legal remedies available to get justice for the victims», says Giulia Cicoli, Advocacy Director of Still I Rise.

THE TESTIMONIES: AT THE HEART OF THE COMPLAINT

The report “Locked in and neglected” highlights the unequal treatment that asylum seekers in the Samos hotspot were subjected to compared to the rest of the population during the emergency response to the COVID-19 pandemic.

The recorded violations started as early as March 21st 2020, when the Greek Ministries of Immigration and Asylum, Health and Civil Protection, developed an operational plan called “AGNODIKI Project”, to manage outbreaks in accommodation facilities for refugees and asylum seekers.

The protocol indicated quarantine guidelines for the facilities and isolation, together with on-site treatment, for all cases of COVID-19 (confirmed or suspected). However, the guidelines led to discrimination on the basis of the administrative status of hotspot residents which also goes against the protocol issued by EODY, the Greek national public health organization, which were applied to the rest of the population.
Another sore point concerns the operational aspect: contrary to the government’s instructions, none of the measures to prevent and strengthen the facility were properly planned and adopted. According to the plan, camp authorities were required to disseminate daily bulletins pertaining to virus prevention, to disinfect ‘common areas’ and to cease indoor activities. The provision of additional medical units, daily reporting and control at the entry and exit points of the structures, as well as recording of any suspected cases and registration of all staff involved were also supposed to be implemented. The disparity between protocol and execution was alarming: almost nothing had been done.

On the contrary, the quarantine area had been improvised in the so-called “Safe Zone” where the unaccompanied minors reside and in the administrative offices of the organizations operating in the hotspot. These spaces turned out to be unsuitable and unprepared to receive and to treat patients. J, an asylum seeker living in the Samos hotspot, testifies:

“We were put into isolation in the UN1 container which usually operated as an office. In the container there are 2 rooms and one toilet, but no shower. We were sleeping on the floor and the only thing we found to sleep on was mosquito net and a light blanket which were stored in the office.”

The lack of care put the lives of the residents at serious risk, creating other health problems as a result. All those who found themselves in the isolation zone were left to fend for themselves with a serious lack of medical support. One woman, who was in her ninth month of pregnancy, risked her life and that of her baby by being abandoned in an overcrowded room without being monitored:

“I didn’t see any doctor in this period even when my waters broke and I was waiting for three hours. We were asking for an ambulance and when it came the police didn’t want to touch me. My husband was the only one who helped me and walked me to the ambulance. When they took me to the hospital, I needed to give birth normally but because of waiting three hours and the problems that happened they need to give me a C-section and I stayed in the hospital for 10 days”.

Similarly, the father of one of Still I Rise’s students had to be transferred to the ICU due to complications caused by his previous cardiologic pathology after having been tested positive for COVID-19 and being locked up in isolation without proper medical treatment.

Access to basic sanitation was also poor: there were few toilets and showers and residents diagnosed with COVID-19 were allowed to use those available to everyone. Testimonies indicate that quarantined people did not wash and were forced to wear the same clothes for the entire 14-day isolation period.

The food supply was also inadequate for the needs of the people. As H.N. says, “the food is not good. There was a bad smell coming from it. At the beginning, they were bringing food in the container but after a while they started to bring the food in the gate for the 6 containers; so, if you are late, you are not receiving any food and you are hungry”.

Hotspots and Refugee Accommodation Facilities throughout Greece remained under restrictions of movement with successive extensions of measures regardless of the developing epidemiological situation. This was in stark contrast to the approach taken by the rest of the country, which saw first-wave restrictions being lifted in May 2020.

Until September 2020, no cases of Covid-19 were recorded among the residents of the Samos hotspot: as a result, this level of restriction had greatly penalized both the refugee and asylum-seeking community, and criminalized them for the living conditions they could not control.

As the testimonies collected by Still I Rise demonstrate, the implementation of AGNODIKI Plan also failed in the dissemination of information among people in the camp about the reality of COVID-19: this encouraged the spread of rumors and false information, as well as the discrimination against those who were tested positive. The result was a growing state of fear, which in some cases led the asylum seekers not to report possible symptoms.

«Residents of reception facilities in Greece have the right to be treated with dignity and to have their basic human rights respected. However, the management of the pandemic in the Greek refugee camps has shown us how easy it is to inflict more and more violence on people who are voluntarily put in a vulnerable position», concludes Giulia Cicoli. «We hoped that we could give them justice in court, or at least try to do it. Given the immunity granted to the ministers, we have no choice but to make their testimonies public: no European country should allow this kind of humiliating and
degrading treatment». 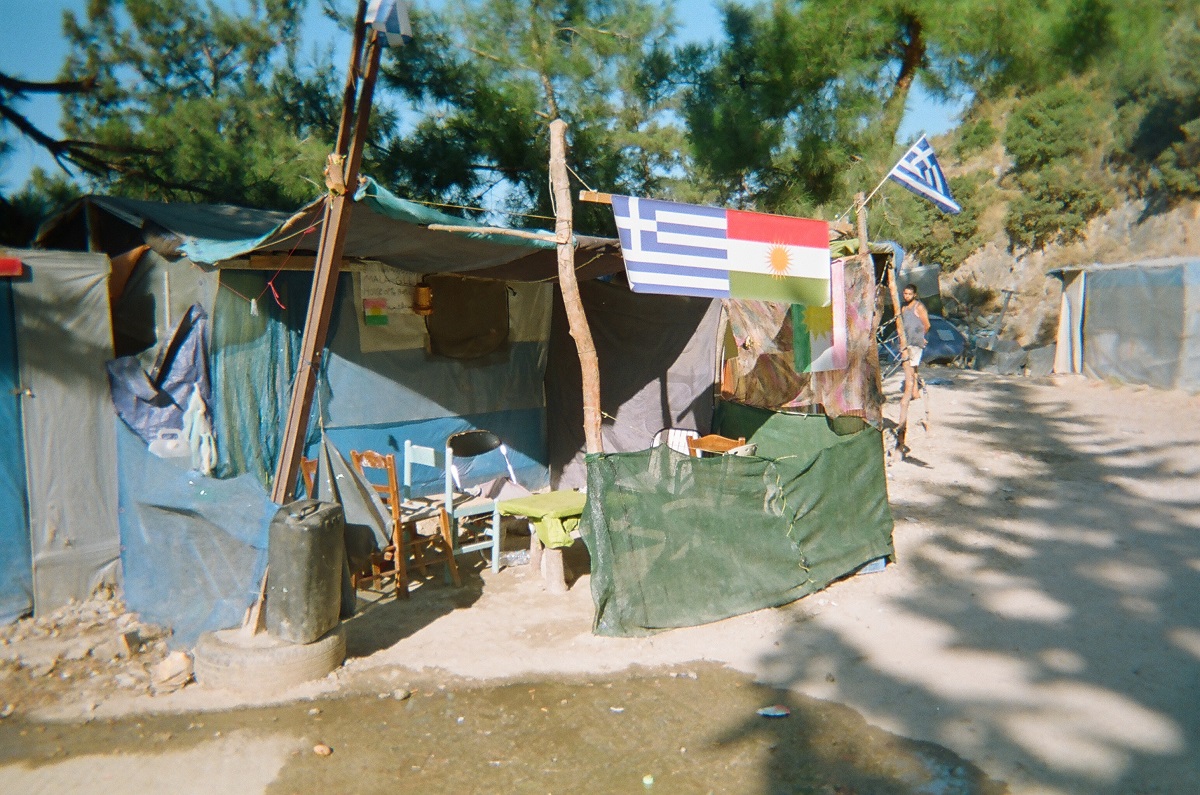 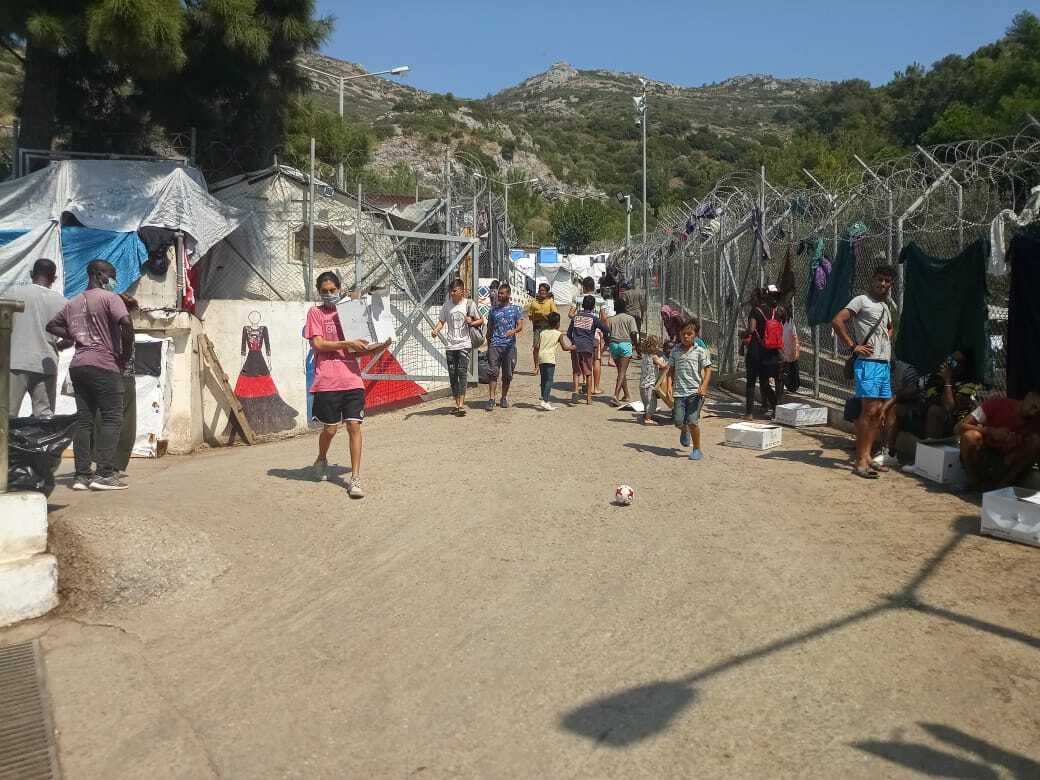